You haven't heard much from my normally loquacious self for a couple days.

Just haven't felt like spilling. Shawn and Pat M. both wrote and called and asked if everything is okay?

It is, just busy at work and a little tired.

Tired of politics too. Tired of being triggered and angry. Tired of losing friends from the other side.

I read today that 50% of white males are backing Trump. So that is a whole bunch of people I can alienate if I want to and I think I will save it for another day when I'm just mad as hell and can't take it any more.

Although I am truly amazed at how good my conservative friends are at looking the other way when the President gets all Trumpy and starts lying and playing favorites amongst the states that are friendly to him.

The guy is a clown show and I can't help but wonder what the conservatives would say if a Democrat was pulling this crap? 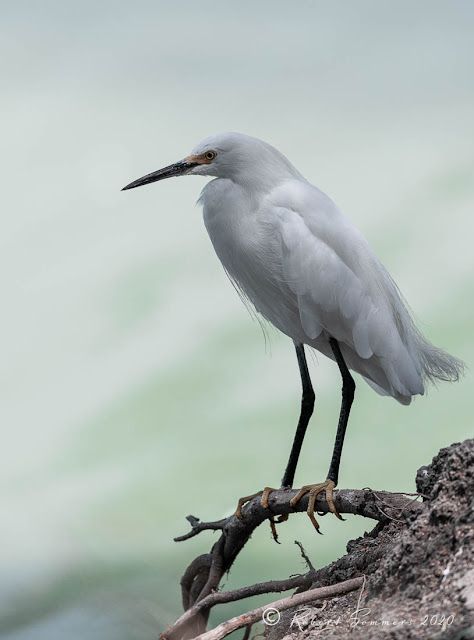 I've been hemorrhaging money. Had the air conditioner guy over, the system on the roof of the building is about fifty years old, all the numbers are worn off and it has been living on life support for years.

He managed to go up there with scotch tape and bailing wire and we'll try to eke another season out of it.

*
Got a call from a neighbor the other day. Breaking Bad in the Santa Margarita River valley. The sheriff helicopters were up over the river the day before yesterday, telling some miscreant on their megaphones to come out or they were sending the dogs in after him.

Turned out a tweaker had stolen a tractor, carved out an illegal pad on the Gavilan side, moved a trailer in and started cooking meth. Neighbors got wind of his hijinx and complained and he started shooting at them. They called the law and the rest is history. Still flying overhead when I got home. Never did find the guy so we canyon dwellers are on a bit of an alert. Locked and loaded. 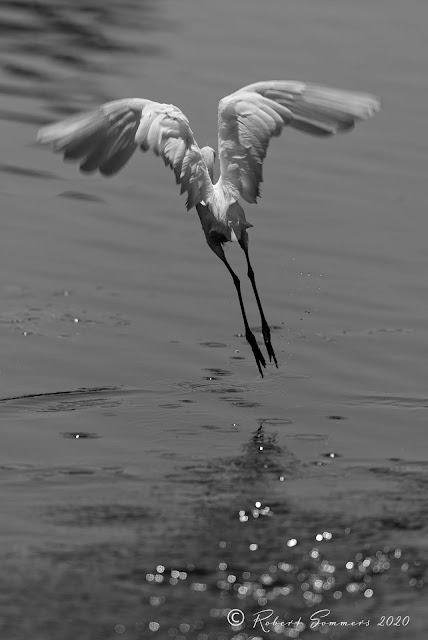 As I said, I haven't felt like writing and I haven't particularly wanted to use the camera either.

Focused on other crap, I suppose, not much to say that hasn't already been said. 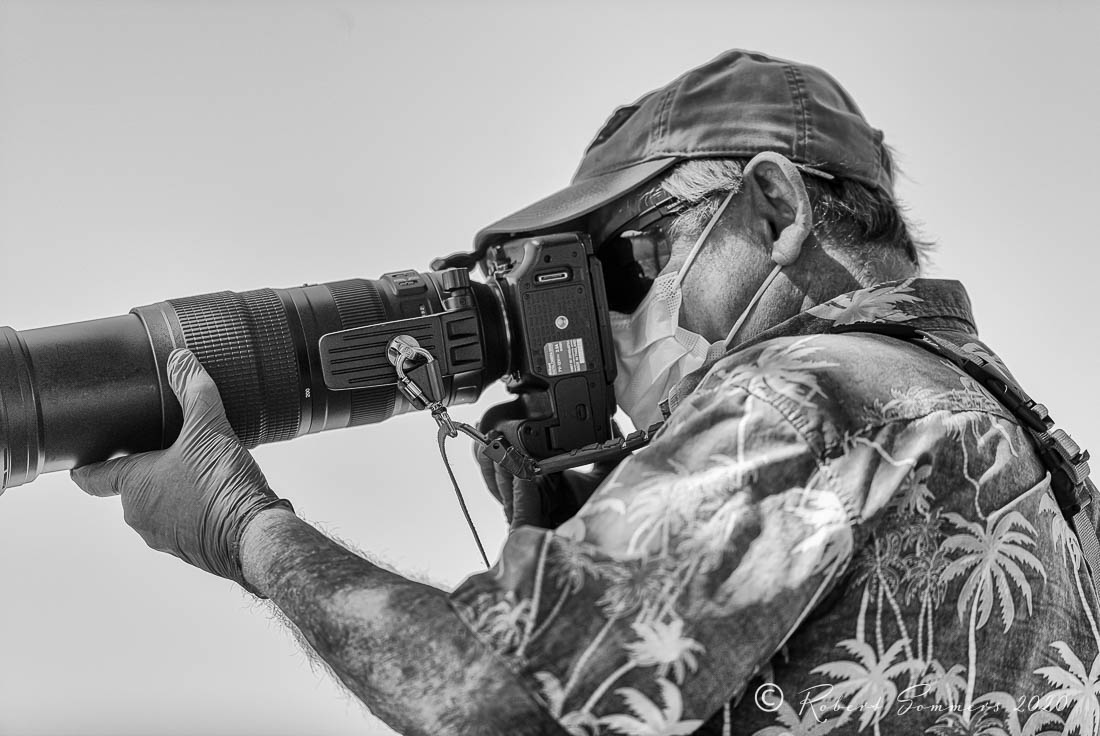 But I did get a new 2x teleconverter for the 400mm and wanted to give it a test drive so Ken and I drove to Santee Lakes and Lindo Lake yesterday morning to put the newly fine tuned gear through its paces.

Had some Hasselblad equipment I wanted him to inspect for me too. 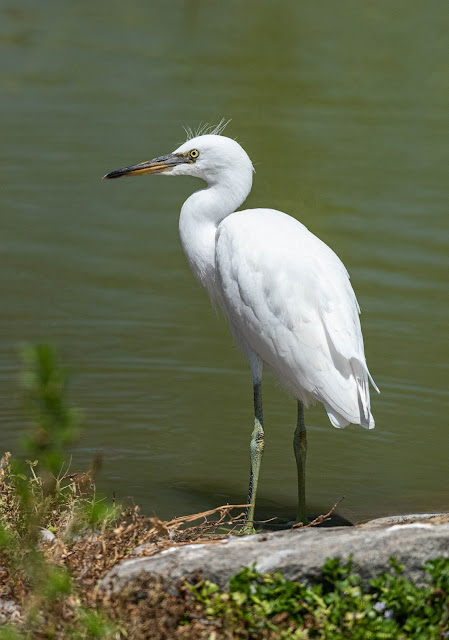 It was nice out there. Not a lot of different birds present, never saw the reported solitary sandpiper but enjoyed ourselves regardless.

Lots of egrets of all types. Here's a snowy egret on the bank. 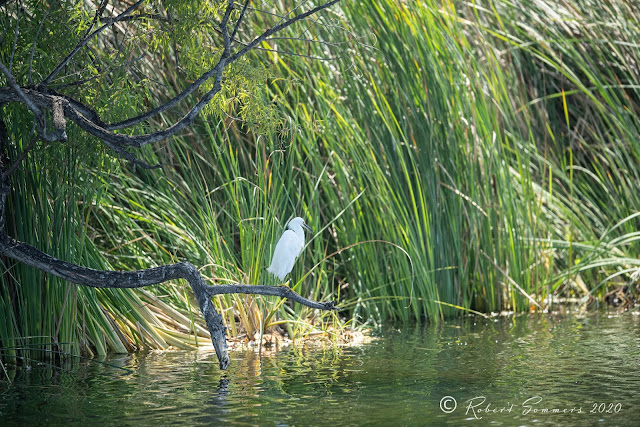 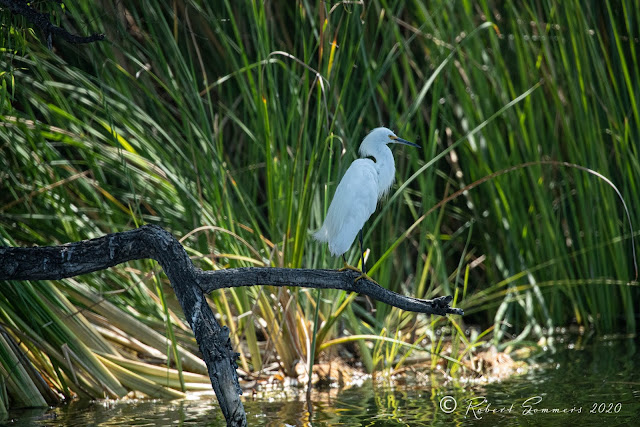 Here is an uncropped shot with the converter. It stops you down to 5.6, I probably should have gone even further to ƒ8 but wasn't thinking. ISO pushes to 1600. The converter is supposed to lessen sharpness by about 25%. These shots are without additional processing. I don't see any degradation like I have with other tele converters so this is a win for me.

Not bad for a subject in shadow. Better to be close but sometimes you aren't. 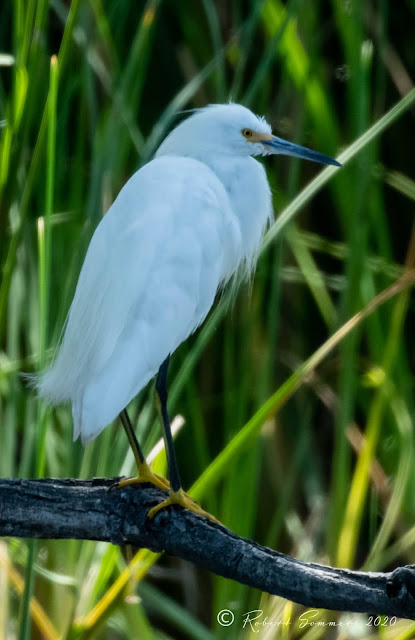 Just in case I need to get up close and personal.

What else did we see? A lot of ducks. 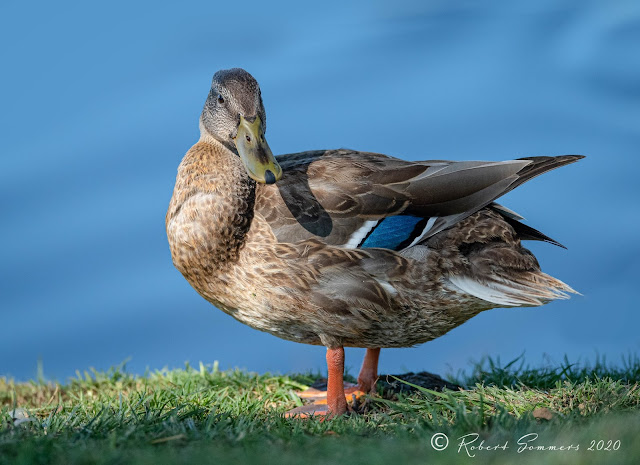 I saw some pied bill grebes but my shots were so embarrassingly bad I won't post them. A pretty ibis with a lot of color in his or her feathers. 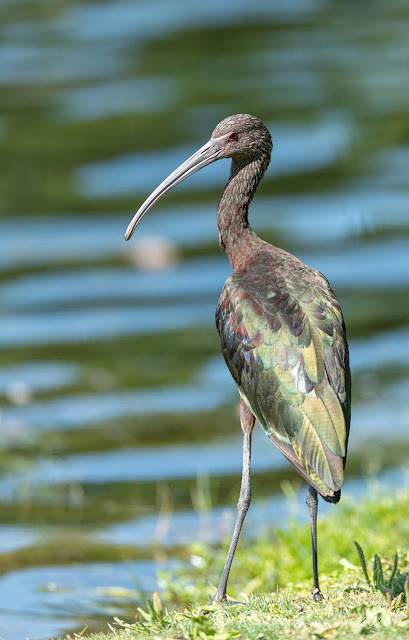 A young baby girl. Her mother and grandparent said it was okay to take a shot. 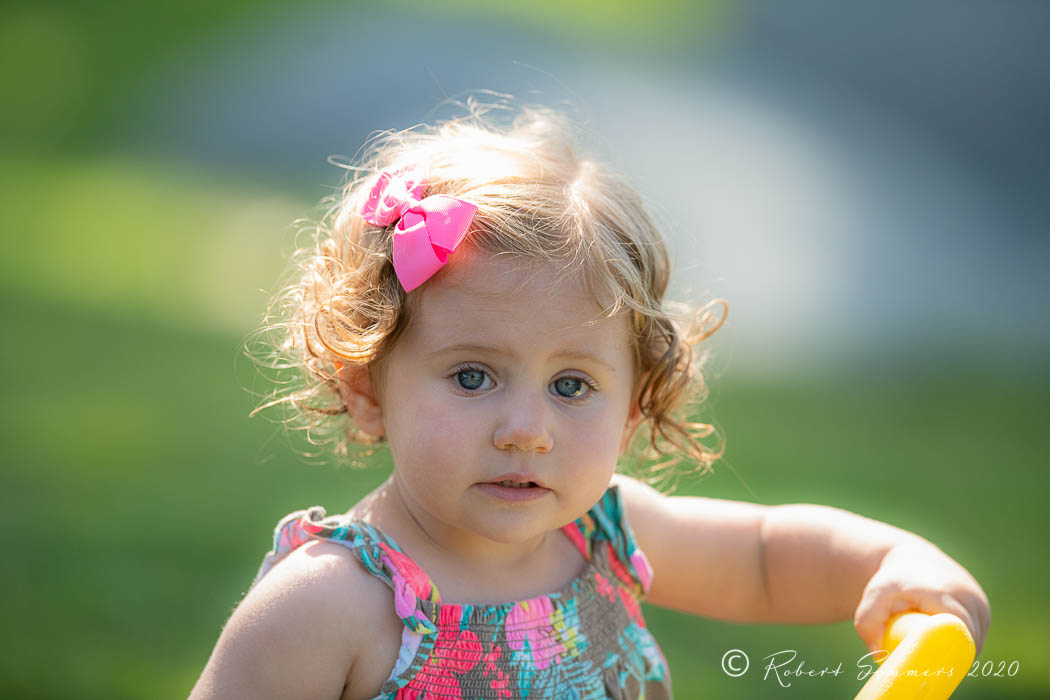 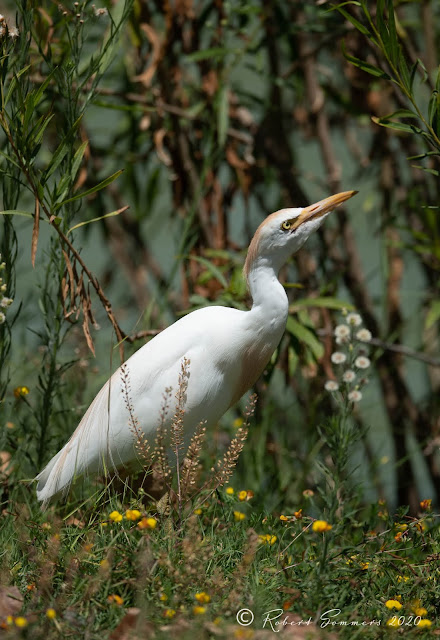 This is a cattle egret in breeding plumage. I don't see or shoot them very often. 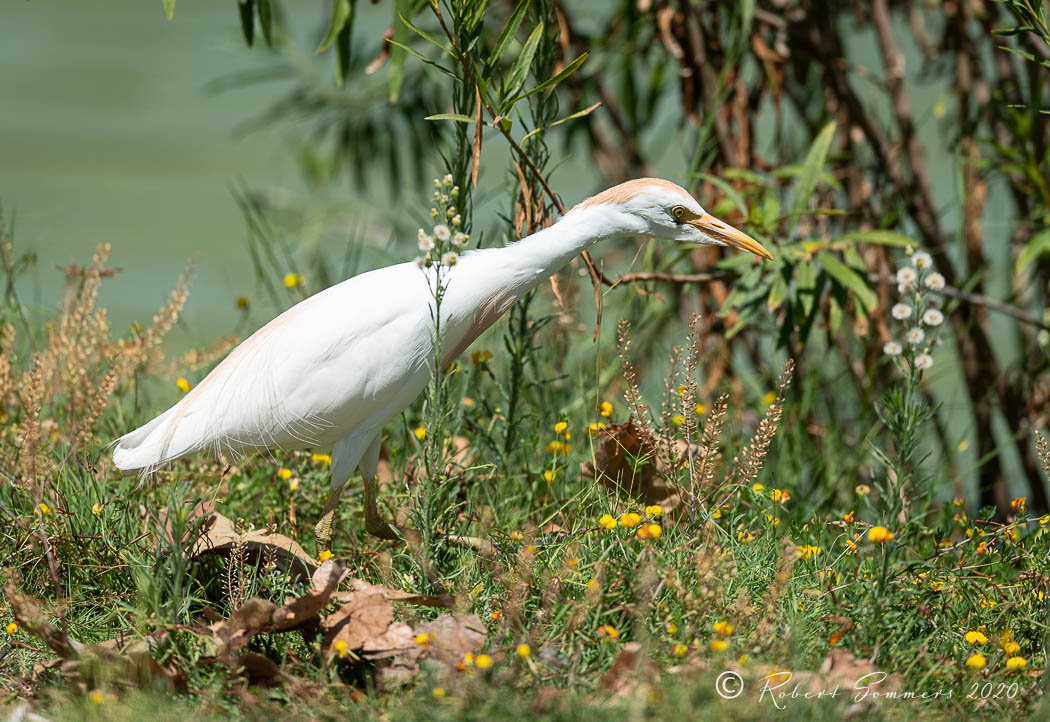 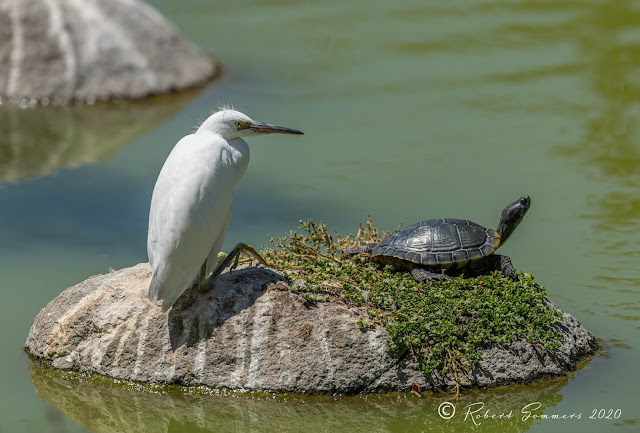 That little bit of extra reach and increased resolution from the 2x converter will surely come in handy. Every possible advantage is always needed for bird photography.

Very enjoyable photos! Had a great time out there with you.