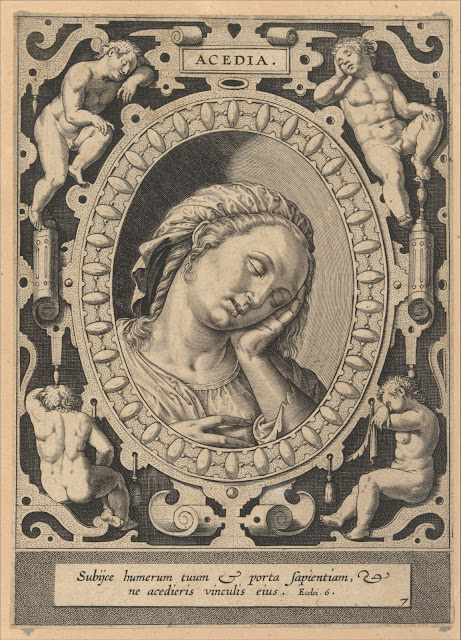 *
That Covid 19 confinement malaise getting you down?  Probably won't make you feel any better but there is a word for it and it has been around at least since the fifth century, acedia. Cloistered monks experienced the same angst, sort of a divine melancholy and the ancient Greeks even gave it a name. Hit the red link and read Jessica Stillman's riff on the subject as it relates to the current pandemic.

Homer mentions Acedia in the Iliad, Dante refers to it in The Divine Comedy as the sin that led him to the gates of hell. And Chaucer uses the term as well in The Parson's Tales:


For Envye blindeth the herte of a man, and Ire troubleth a man; and Accidie maketh him hevy, thoghtful, and wrawe. / Envye and Ire maken bitternesse in herte; which bitternesse is moder of Accidie, and binimeth him the love of alle goodnesse.

It is an interesting word, one I was not familiar with and I thank Renee for bringing it to my attention.
Posted by Blue Heron at 1:05 PM