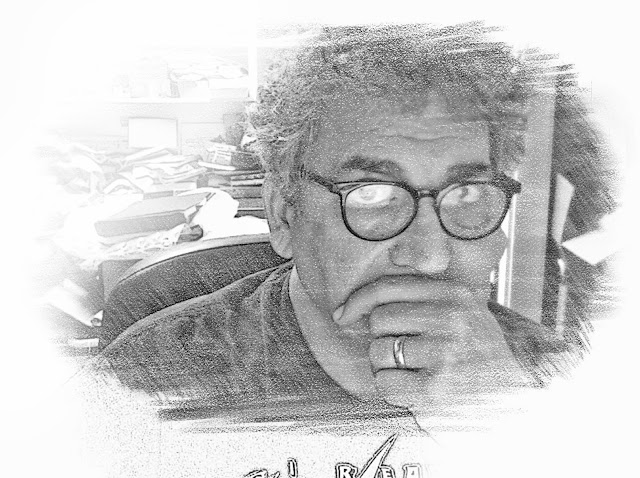 I am suffering from a literary blockage of some kind. I get them from time to time.

Nobody shpiels like I do when it flows but when it's not there, well forget it.

Can't deliver anything with any value or emotional content when I am out of sorts like this. Trying to stick to the superficial.

I had the least amount of views I have received in ten years yesterday, under four hundred. Normally I run one to two thousand.

There could be several reasons for the dearth of views; you feel it when I am not feeling it, number one and I have been a bit raunchy of late, might have turned some people off. I don't know.

Been focusing a lot on San Diego history, might not be your bag. Not that I care, after three million views plus, it's not really a big deal if people are tuning out or in although I would hate to think I was talking to an empty room.

Leslie says the same thing is happening on Facebook right now. People come, people go, was nice while it lasted.

The other thing is that I am so sick of politics right now that the last thing I want to do is to just add to the nasty noise and chatter. So much anger around and you can't make anybody happy without pissing somebody else off.

We are a split country and it is only going to get worse until November and then hopefully we can find a way to bridge our differences, no matter who is running things.

Maybe it is time for me to take another break from writing. I haven't had one since 2014 when I took six months off to recharge the batteries. And my business is very consuming right now and that takes priority. I am going to put some very interesting items from my shop up in the days ahead.

Anyway I hope that ideas will come dancing back off my keyboard very soon, have to wait these things out. How many years did J.D. Salinger take off?
Posted by Blue Heron at 3:41 PM

Robert us folks are in an entirely new life of rules on this earth . That’s why you don’t have s many readers
it is not your blog stories. I

Leslie is right. Neither of us are getting same usual number of comments. I do like being friends with her.

Hey focus on San Diego history and Fallbrook palm trees surf old car’s Avocodo and weather and lots of pics , screw facebook and all the other time wasters

My favorite feature has always been your magnificent photographs of the wide open spaces. Your work is remarkable. That to me is the best reason to visit. Your landscapes. Your still life work. Portraits of real people in real situations. You have a good eye, and what seems to be good luck in stumbling across a good shot. More please.

I think many readers must agree.

Please don't stop. If you have nothing to say (which is depressing all by itself) then keep posting your photos. They are uplifting. And pieces for sale. You never know when one of us will pony up!!