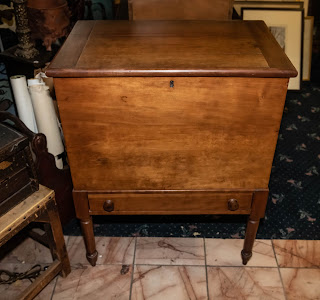 I have purchased some very interesting material of late. This includes a circa 1825 sugar chest from Tennessee made out of cherry and poplar, a similarly aged southern butler's chest and other treasures.

The sugar chest is sold. They are a rare bird because they were only made in Kentucky and Tennessee for a few decades at the start of the 19th century. Sweets and sugar were a rare commodity back then.

Sugar was the product of slave labor on the plantations and came in the form of cones.

Raw sugar from sugar cane was boiled and filtered a number of times and then poured into cone-shaped molds. Then sugar water was poured over the cone to remove the excess cane molasses. The sugar loaves were then removed from the molds and dried.

These chests were compartmentalized, usually holding sugar and alcohol under lock and key. The bottom drawer held the tools to snip the sugar off the cone. This one is making its way back to the south very soon! 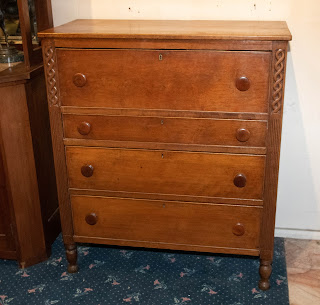 Here is the butler's chest. It looks like a regular bureau but the upper drawer is stealthy and hides a compartment with many drawers and hidden drawers. Supposedly this gave the butler a place to place his hat. 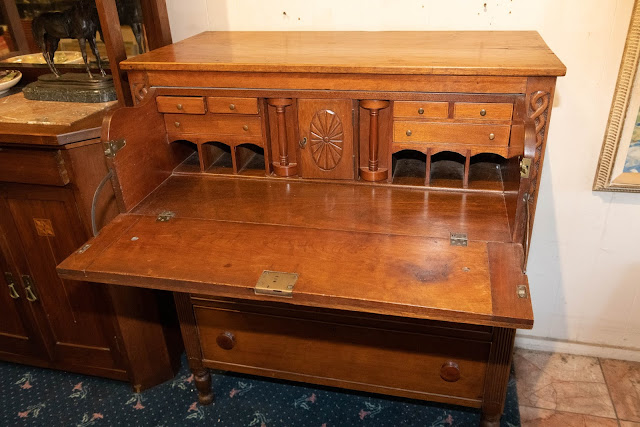 This butler's chest is unusual in that the caduceus carving is so primitive and wonderful with more typical sheraton tooling below.

I sent pictures to MESDA, the Museum for Southern Decorative Arts and the acting curator said that it was also from Tennessee, from the same time period. Not sure of the wood, perhaps walnut or tulip poplar. 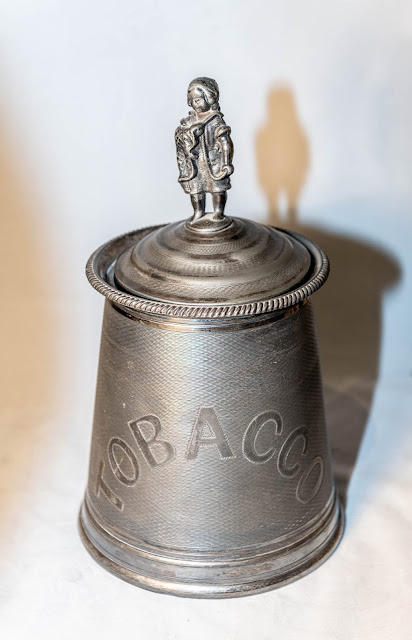 Another interesting item out of this estate is this pewter figural humidor. 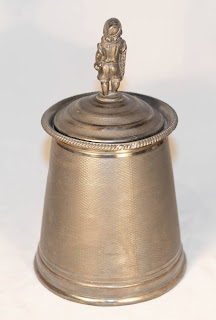 When I first saw it I didn't think much of it but when I started researching it I started realizing I might have something very rare and special on my hands. 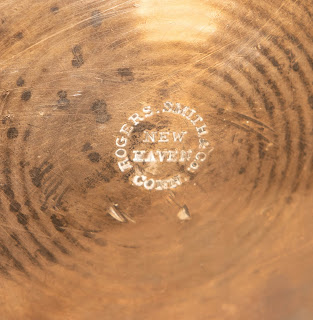 You see I thought it said Rogers on the bottom but it actually has the stamp for Rogers and Smith, New Haven. That company only existed there from 1862 to 1877, making this a civil war period humidor.

No wonder I can not find another example anywhere! It stands a little over 12" tall. I have no idea what it might be worth.

While many if not most of my colleagues and cohorts have been only to ready to discard the past and move into the brave new modern world, I have been trying to move in the opposite or contrarian direction and flee back to the 18th century, time permitting. 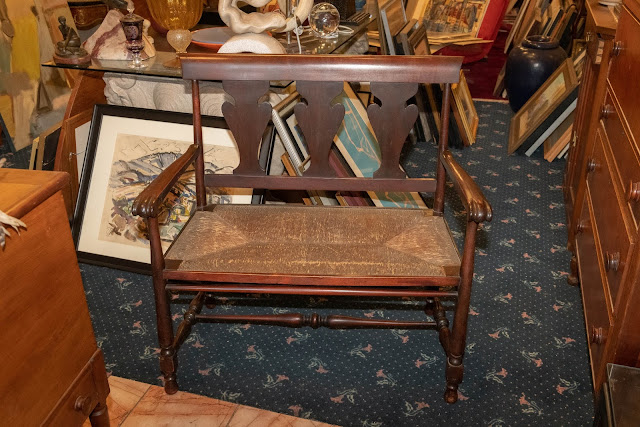 I found this colonial revival rush seat settee in another estate. The previous owner is a direct descendent of Conrad Weiser, the founder of the Pennsylvania Dutch colony and she said that this was her great grandfather's. My client is 89 so it does have some age.

Hand carved mahogany, I love the aesthetic composition of the back slats. Couldn't pass it up. 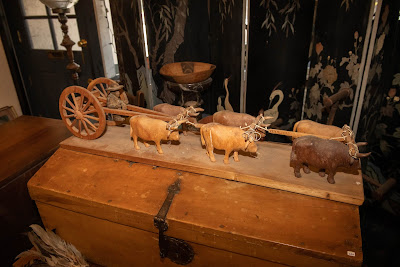 There is a lot more but I don't want to take over, will just mention two more things, like this folk carving, a hand carved drover and ox train, almost three feet long, with parts that move. 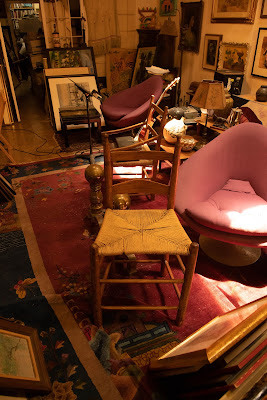 And a good, old fashioned, hand whittled, Tennessee side chair.

Will let you cry uncle and come back and hit you with more stuff later.