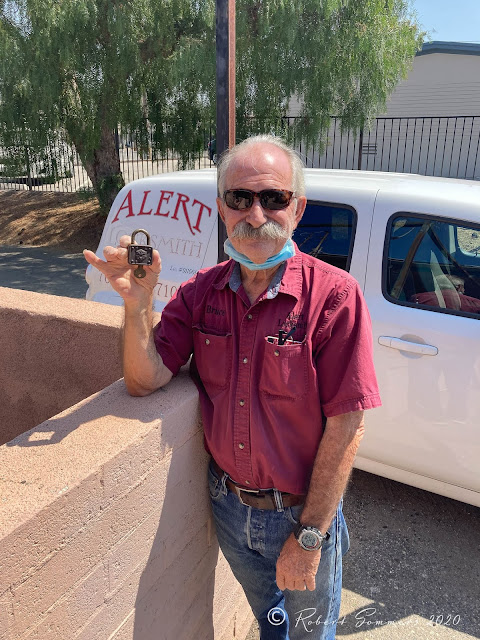 Bruce at Alert Locksmith is one of my best bros.

Bruce is starting to think about winding down his business and maybe moving to greener pastures down south.

We have a new front door on our house, after forty eight years it was time and I needed a duplicate key.

Bruce came over and made it in a jiffy.

"What do I owe you, I asked," somewhat rhetorically as Bruce pretty much never charges me for anything.

"Well," he says, "I'm thinking about presenting you with a big cumulative bill for the last twenty five years, how's that sound?"

I started sweating, hoping and praying that he was kidding, as I am pretty far in his debt. Bruce then asked me if I wanted to see something cool. He was cleaning up his shop and came upon this old padlock, a Master Lock #77. 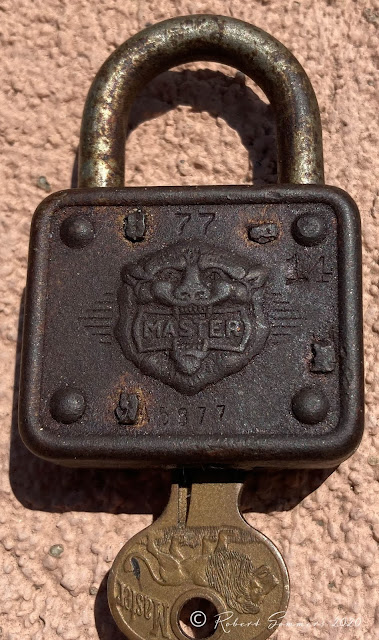 I am not sure if I have ever seen a Master Lock with a lion's head. The cool thing is that this one comes with an original lion key as well. 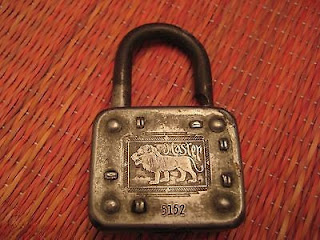 Even earlier locks were made in the 1930's with a full lion body. 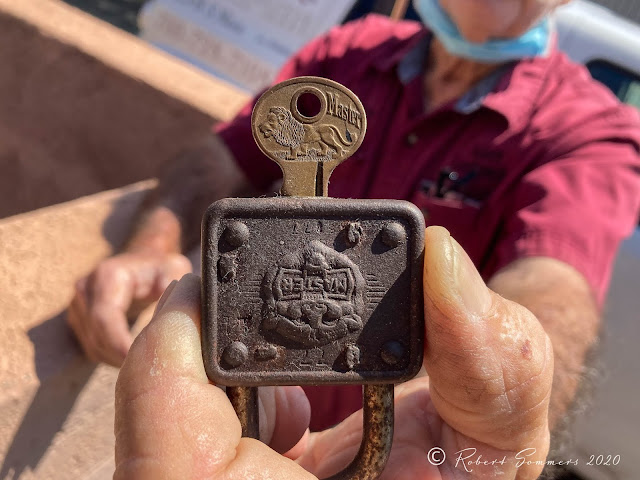 A commemorative limited edition was made in 1996 to celebrate Master Lock's seventy five year run but it was marked as such. This is an old one. 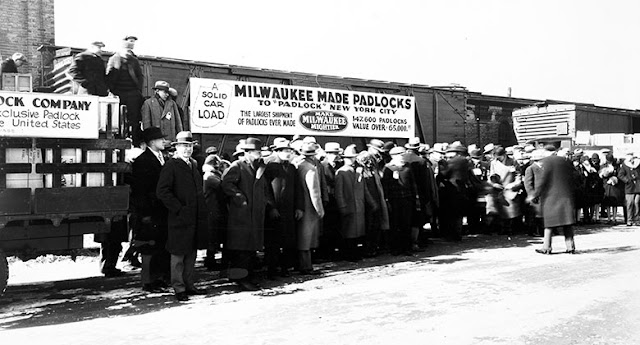 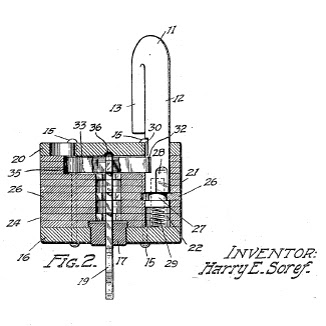 Master lock was co-founded by an itinerant Russian emigre locksmith named Harry Soref in 1921. He traveled throughout Mexico, Canada and the United States plying his craft but hit upon the idea of stacking steel plates together with heavy steel rivets and building a much better padlock.

Manufacturers thought he was crazy, it was too expensive and the public was used to junk but Harry persevered. He would do it himself.  Soref, a jewish immigrant with little formal education, established the Master Lock Company in 1921 and began building the the padlocks in a small Milwaukee shop – with five employees, a drill press, a grinder and a punch press.

And the rest as they say, is history.
Posted by Blue Heron at 1:09 PM

Not only is the lock great, but the key is equally wonderful!