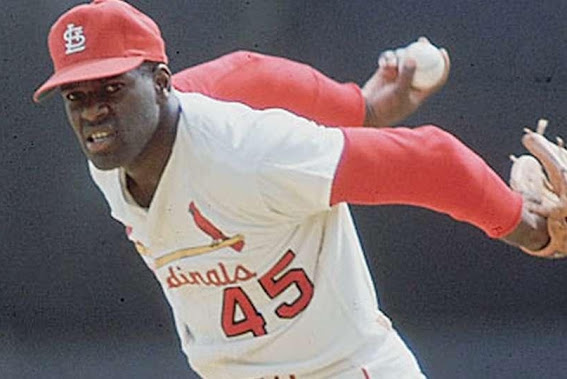 Bob Gibson has passed. The extremely talented pitcher, who played his whole career with the Cardinals, was one of the greatest pitchers of his generation and all time, winning multiple Cy Youngs and MVP awards. He had an ERA of 1.12 in 1968 and was so dominant that baseball lowered the mound the next year to give hitters a chance.
And he, along with Drysdale, was one of the two fiercest competitors I have ever seen. Man would flat knock you down. And you didn't pull Bob Gibson out of a game, a fast worker, he had 251 wins in 255 complete games. Not like these little babies we have today. They don't make them like Bob Gibson anymore.
Posted by Blue Heron at 11:42 PM