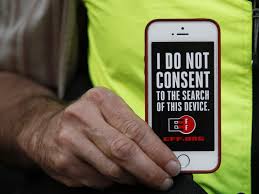 I forgot to mention something that went across the radar last week. This article at WaPo; Senators seek IG probe of border agency’s warrantless use of phone location data.

U.S. Customs and Border Protection officials who have used cellphone location data to track people inside the country without a warrant are refusing to tell members of Congress what gives them the legal right to do so, a group of Democratic senators said Friday.

The story goes like this, the fourth amendment precludes searches without a warrant and a 2018 SCOTUS decision forbade the practice and found law enforcement authorities must obtain a warrant before gathering location data from Americans’ phones.

The CPB says that they are legal but won't say how or why.

In a statement to The Washington Post, CBP asserted without explanation that the agency “may obtain access to commercially available information relevant to its border security mission.” It also said: “All CBP operations in which commercially available telemetry data may be used are undertaken in furtherance of CBP’s responsibility to enforce U.S. law at the border and in accordance with relevant legal, policy, and privacy requirements.”

I love Senator Wyden and I hope he comes down hard on these guys. By the way, ICE and CBP are also running facial recognition software without a warrant, another constitutional intrusion. Perhaps we will get a new administration soon that will respect the law of our land. Amazing that Customs believes that they are not accountable to Congress.

It takes, and will continue to take, a lot of energy to follow up on these violations and certainly the police need to be brought under some kind of control. Other countries manage it, we should be one of them.