EPA does it again

The Environmental Protection Agency (EPA) will allow utilities to store toxic waste from coal in open, unlined pits — a move that may defy a court order requiring the agency to close certain types of so-called coal ash ponds that may be leaking contaminants into water.

Research has found even plastic-lined coal ash ponds are likely to leak, but those risks are even higher when a clay barrier is the only layer used to hold the arsenic-laced sludge.

An Environmental Integrity Project and Earthjustice review of monitoring data from coal ash ponds found 91 percent were leaking toxins in excess of what EPA allows, contaminating groundwater and drinking wells in nearby communities.

And when they aren’t leaching into groundwater, the contaminants risk spilling over the sides of the pond any time there is a heavy rain.

From Earth Justice: Leaking and Looming, Legacy Coal Ash Ponds Spew Poisons. Is There One Near You? 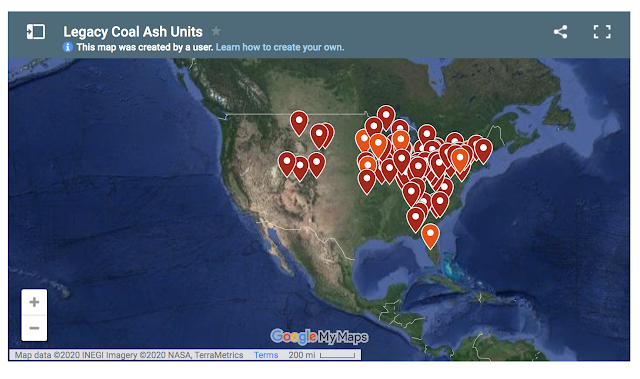 Shuffle of EPA's science advisers elevates those with industry ties.

A shuffle to the Environmental Protection Agency’s (EPA) independent board of science advisers will add a longtime consultant who has worked for the tobacco and chemicals industries while promoting a member listed as someone “not to pick” by the Union of Concerned Scientists to be the panel's chair.
The EPA’s Science Advisory Board (SAB) is meant to serve as an outside sounding board on the agency’s actions, with 40 or so of the nation’s top scientists weighing in on the scientific backing behind a number of policy proposals.
But the board has shifted under the Trump administration, adding more members with ties to industry and fewer members with an academic background, according to a report from the Government Accountability Office. That follows a move by prior EPA Administrator Scott Pruitt barring academics from serving on the board if they received agency grants for their research.