Daddy, why do the roads glow?

One of the Trump economic talking points is that he has rid the American public of all that troubling regulation that has been strangling the economy. And he has certainly disposed of a heap of it, largely concerning our country's earth, air and water.

I wonder if the American public ever stops and thinks of the fact that some of that needless regulation is there for a good reason. It might even be protecting their health. 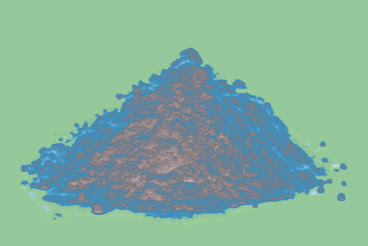 News yesterday that there are new allowances for Phosphogypsum. At the behest of the fertilizer industry, the government is now allowing radioactive material to be used in road construction.

See EPA allows use of radioactive material in some road construction.

The substance exceeds a radioactive level that the U.S. Environmental Protection Agency has deemed safe for humans and has been found to increase cancer risk.

Phosphogypsum has a high radium content. The lifetime cancer risk for adults resulting from exposure to this waste is one excess fatal cancer per 10,000 people. The risk for children is significantly higher. Radium can leach from gypsum stacks into subsurface aquifers, it can be absorbed by plants, consumed by livestock and wildlife and work its way through the food chain to humans. Radium's 1630-year half-life from phosphogypsum stacks will likely remain a public health risk for generations to come. The long term economic, environmental, and health impacts of this have not been fully realized. Phosphogypsum has been banned in all uses since 1992 because it causes cancer.

The material is now kept in thirteen large stacks, primarily in the southeast. Scientists say that using the product poses health risks to humans and additional risks to the water supply.

“You now have the potential exposure to something that we, in all other scenarios, treat as radioactive hazardous waste,” said Jacki Lopez, The Center for Biological Diversity’s Florida director and senior attorney.

In 1992, the EPA banned the use of phosphogypsum in road construction, raising concerns about people potentially living in a house on land where phosphogypsum roads once existed.

The agency now said that the approval came at the request of The Fertilizer Institute, which advocates for the fertilizer industry.

You can read about the problems and characteristics of this substance here.

Phosphogypsum is a waste by-product from the processing of phosphate rock in plants producing phosphoric acid and phosphate fertilizers, such as superphosphate. The wet chemical phosphoric acid treatment process, or ‘wet process’, in which phosphate ore is digested with sulfuric acid, is widely used to produce phosphoric acid and calcium sulfate, mainly in dihydrate form (CaSO4 · 2H2O):

Annual world production of phosphogypsum is estimated to be ~300 Mt (Yang et al., 2009). This by-product is contaminated by various impurities, both chemical and radioactive, and is usually stockpiled within special areas. The problem of contaminated phosphogypsum has already become an international ecological problem. For example, a huge amount of phospho-gypsum has accumulated in Florida (more than 1 billion (!) tons), in Europe (where the contaminated phosphogypsum is discharged into the River Rhine close to the North Sea), in Canada, Morocco, Togo, India, China, Korea, Israel, Jordan, Syria, Russia, and other parts of the world.

The building materials industry seems to be the largest among all the industries which is able to reprocess the greatest amount of this industrial by-product and benefit man. However, because of the contamination, only 15% of world phosphogypsum production is recycled as building products and asset retarder in the manufacture of Portland cement (a small amount is recycled as agricultural fertilizer or for soil stabilization amendment), while the remaining 85% is disposed of without any treatment (Tayibi et al., 2009). Disposed phosphogypsum is usually dumped in large stockpiles, occupying considerable land areas and causing serious environmental damage due to both chemical and radioactive contamination.

Typical concentrations of radium (226Ra) in phosphogypsum are 2003000 Bq kg− 1(US Environmental Protection Agency, 1990). They are similar to those in phosphate ores.

I was looking into phosphogypsum last night and came across numerous studies and reports about it leaching into aquifers. It has been long deemed unsafe to put in roads. Read this study about water infiltration of phosphogypsum in Tunisia. The EPA's own guidelines warn people of its dangers. Watch how fast they disappear off the web.

Once again, Trump's EPA is putting the American public at risk. Regulations really suck, that is until you find out that they are possibly keeping you from dying.

Pray for early relief from the Trump plague and all of those associated with him!