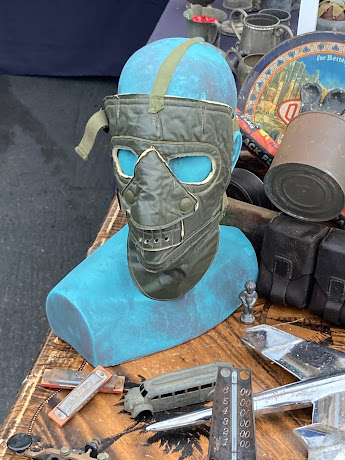 I have been having some very strange dreams lately. Last week I was swimming with my late brother. Dreamt about my mother, something I rarely do. And my father too.

Last night I was driving on the Bay Bridge towards Oakland when suddenly while everybody else went straight ahead, I was given the option to drive up an incline to the very top of the bridge and sail across the girders on a very narrow and unlit pathway.

Exhilarating, I was the only person granted the privilege, but still a little roller coaster scary.

Not sure what it all means. I used to be afraid of driving on bridges before my eyes were operated on, lousy depth perception and life has been a bit of a roller coaster of late. No idea of the actual portent.

Leslie and I got up at five minutes to four on Sunday and drove to the swap meet in Long Beach. We had to drop off a tile table I had sold to a customer. I didn't buy a lot but managed to shop all the rows.

Afterwards I decided to take a few pictures. Long Beach is one of my favorite places to take people shots as they tend to be pretty far out there. 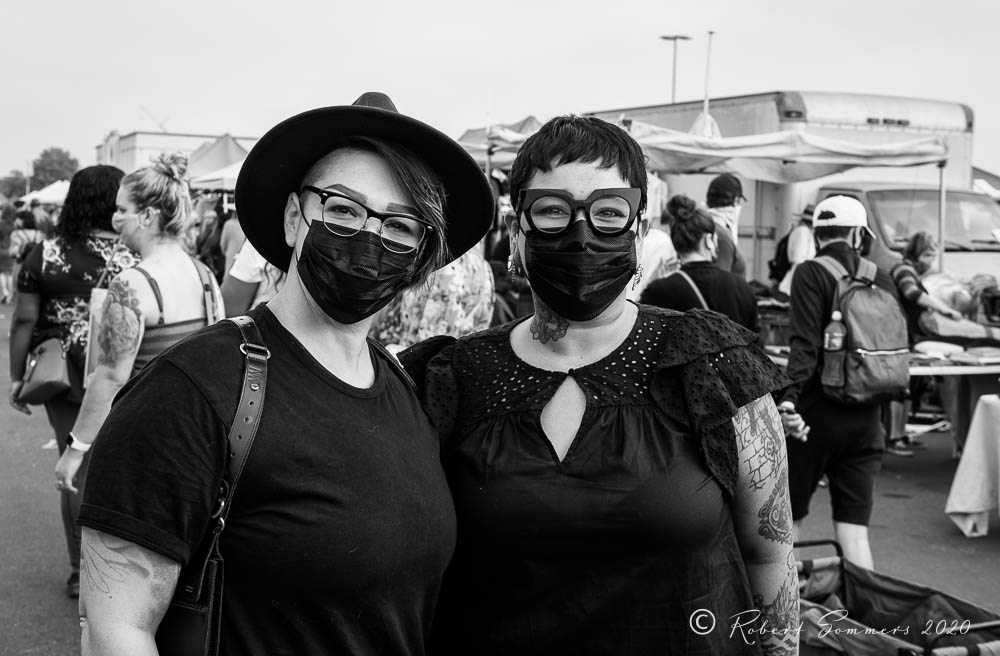 I had a shipper from New York come by and pick up a dresser to send to New York the other day. He saw my camera and mentioned that he was a photographer as well.

His name is Shlomo. I really like his work, made me feel slightly inferior. I like his club stuff, really good. I have not been shooting enough people lately. Seeing his nice photographs drove the point home.

Shlomo is an Israeli, used to drive a tank, now he lives in New York. Great careful shipper, Artisan Shipping. Spends a large chunk of his life on the road. 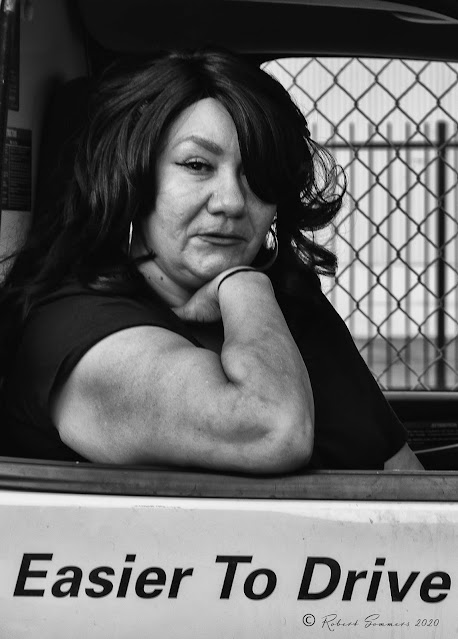 We had a good time at the market, held on the third Sunday of every month. Saw lots of friends.
Many people wanted to talk about the new Vintage Swap Meet I am proposing.
Frank ran a story about it in Collector magazine but I have not seen it as yet.
I talk to the county tomorrow for my first serious meeting. There are some glitches but nothing that can't be resolved, I reckon.

I didn't shoot a lot of pictures but grabbed a couple. 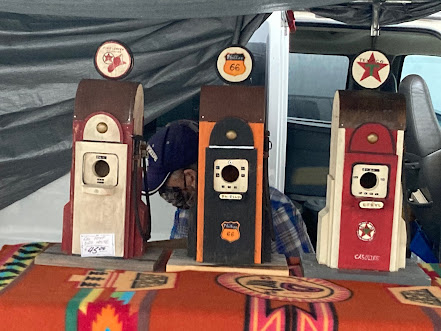 Saw some neat stuff, as I said, didn't buy much. I liked these gas pump bird houses, only forty five bucks. 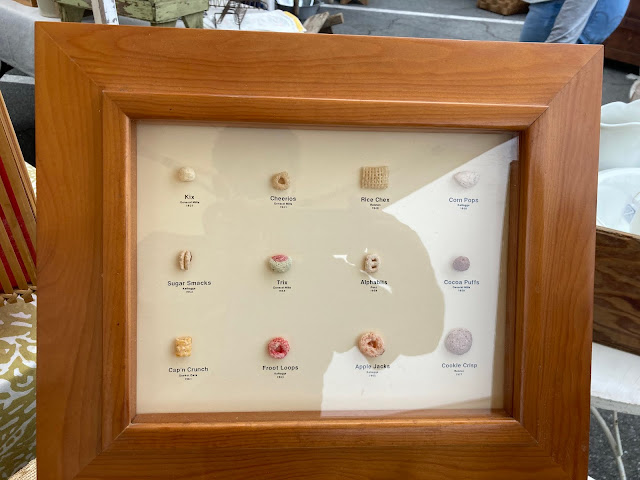 And positively loved this cereal display, just priced a little bit out of my league. Each brand, with date of manufacture and title properly denoted. 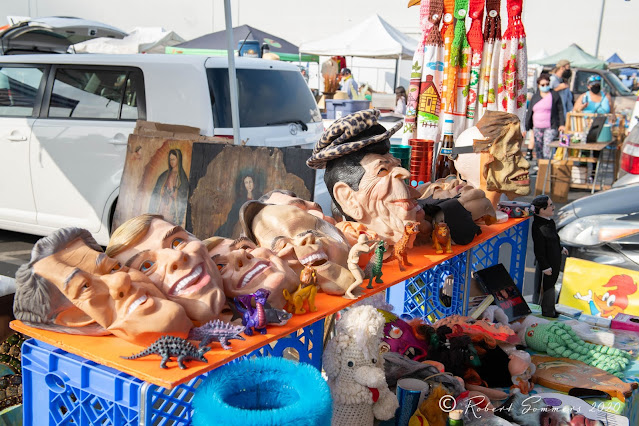 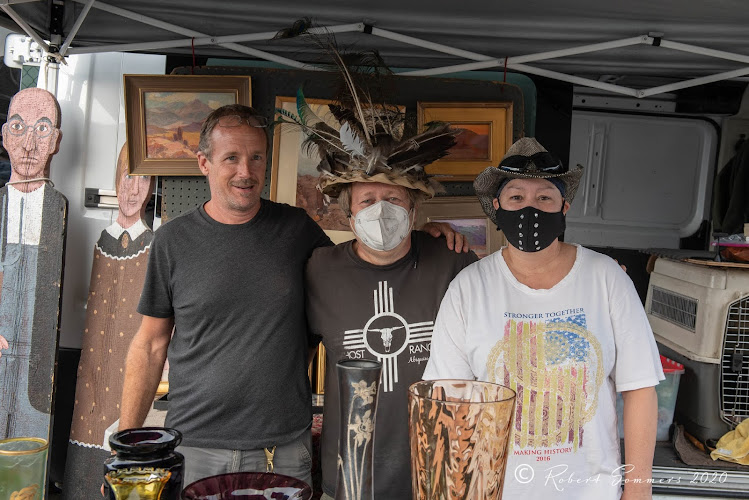 You just never know what you will find at the swap meet. 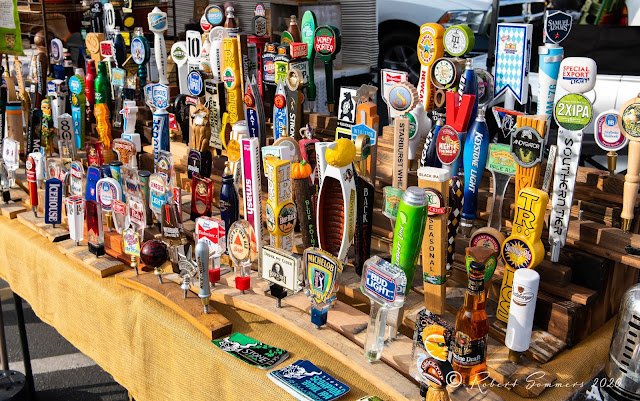 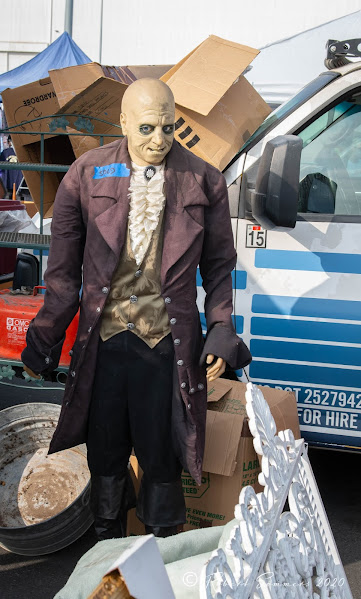 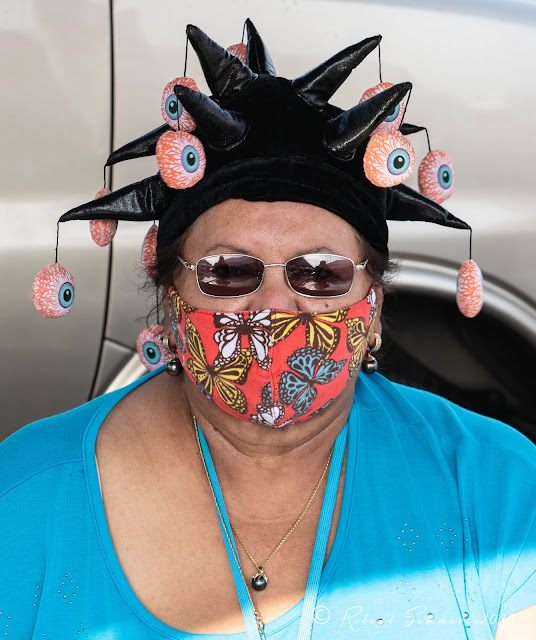 Just focussing on the slightly bizarre.
Saw a cream poster that I think is very rare. 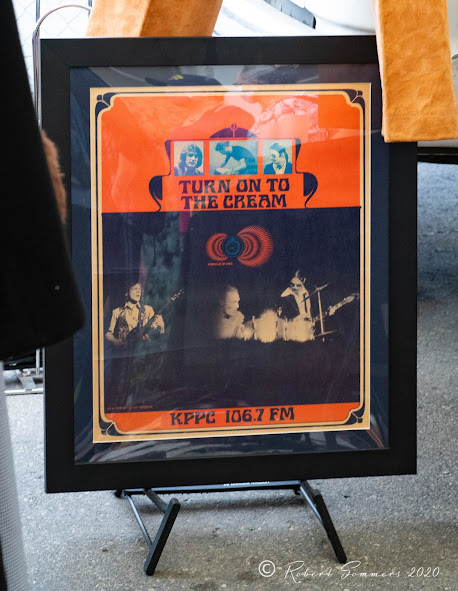 Didn't buy it, kind of kicked myself but they wanted a lot of gelt.
Besides, I stopped selling the rock and roll stuff about thirty years ago.
The visual oddities that one sees at the swap meet are just beyond compare. Masks make it all the stranger. 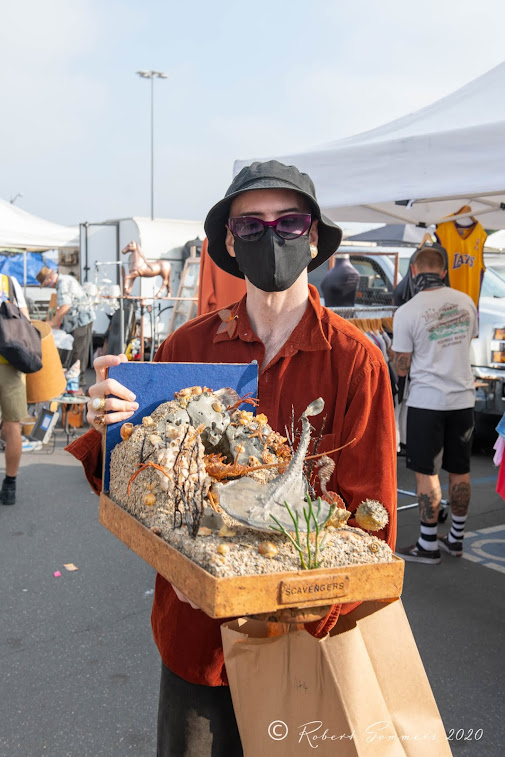 Last year I missed one of the shots of my life. Bill was selling a wooden Civil War era prosthetic leg.
I was turned in another direction without camera in hand when a one legged man stopped to ponder it. Sort of like King Lear.
Damn! 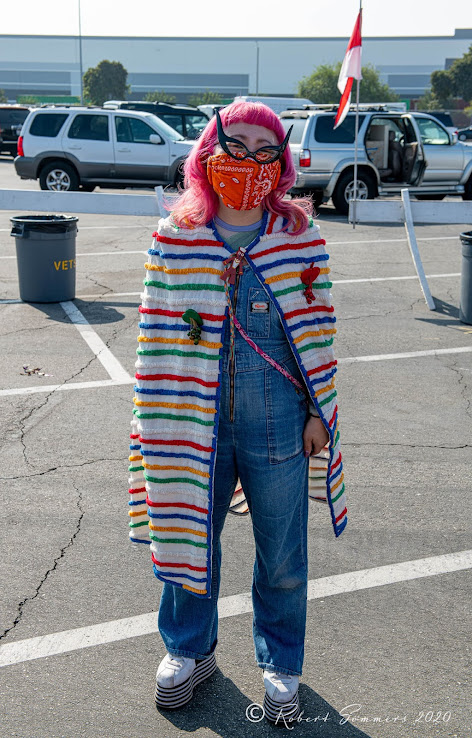 What did they say in the 1960's? Let your freak flag fly?
Still doing it at the swap meet. Those that blanche at eccentricity, DO NOT ENTER!
After we left we had a wonderful birthday feast with my newfound cousins in Los Angeles. Great time.
I got a catscan with and without contrast on my abdomen last Wednesday. Wanted to track the large cyst on my remaining kidney.
Was worried, apprehensive and sweating bullets frankly.
The doctor called yesterday. All is good for now. No change.
Whew!
Posted by Blue Heron at 3:17 PM

Ah... the one-legged photo. The kind of juxtaposition every photographer lives for! (Well, maybe not landscape photographers, but certainly the rest of us.)

Congrats on the CT scan, amigo!