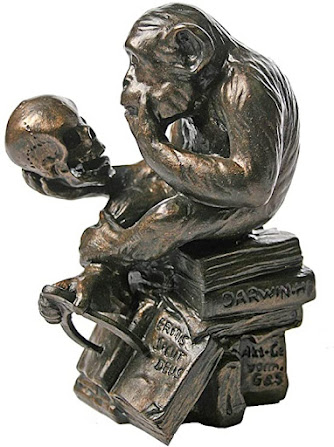 Interesting article on a new book called Survival of the Friendliest: Understanding Our Origins and Rediscovering Our Common Humanity. Natural selection favored friendliness. Perhaps we should try it again?

In his new book, Survival of the Friendliest: Understanding Our Origins and Rediscovering Our Common Humanity, Hare presents a thesis on why being more cooperative with those around us, and more willing to compromise, may have conferred survival advantages. Violence and aggression, he writes, wasn't always a sound evolutionary strategy. Being the alpha bully means you're more often engaged in dangerous encounters, and a target of the greater group, in whose best interest it is to weed out threatening, socially destabilizing males.

"When you look back in nature and see when a species or group of species underwent a major transition or succeeded in a new way, friendliness or an increase in cooperation are typically part of that story," says Hare. He cites the evolution of flowering plants, which evolved over 100 million years ago out of cooperation with pollinators. Dogs too were domesticated as amicability became adaptive. Wolves friendlier toward humans would've had a more reliable food source and a better chance of living on.