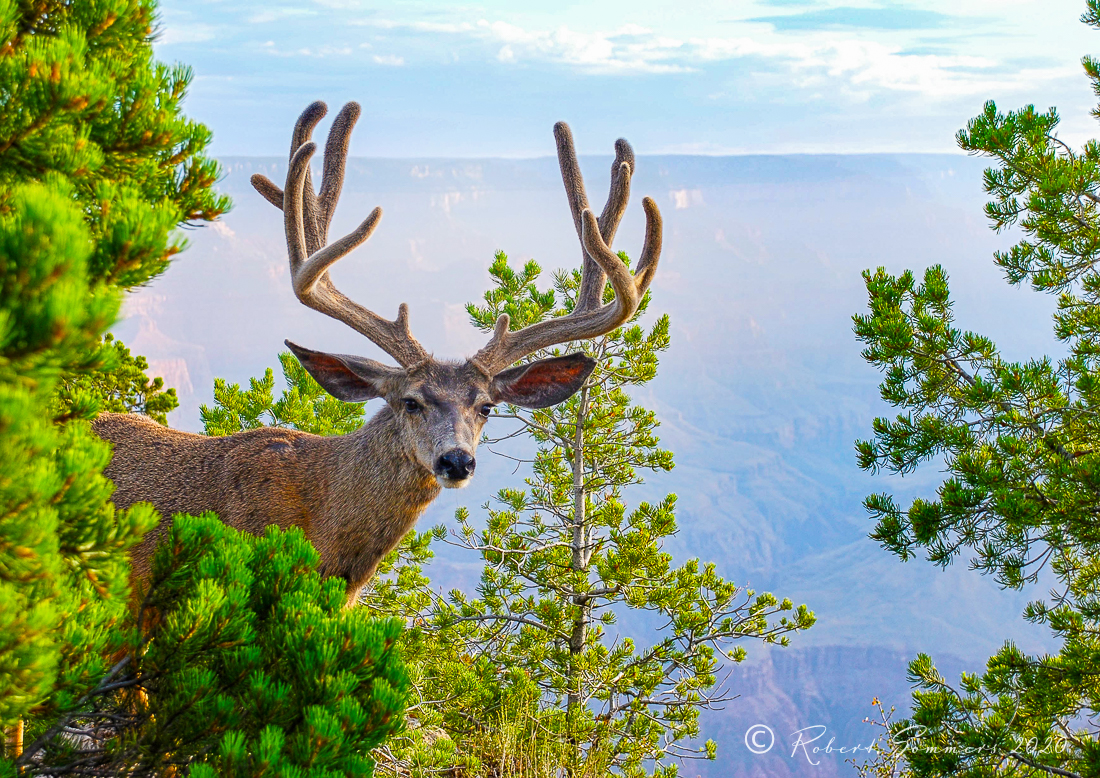 This is a shot I took in August of 2007 at the Grand Canyon. I was amazed when the buck decided to pose for me on the canyon rim. This was shot right after sunrise. They were doing a lot of burning at the time and the canyon was full of a thick haze. I was using a very antiquated Nikon D40 camera back then. The camera's resolution was a whopping 6.1 mexapixels.
I really did not know what I was doing with a digital camera and this was one of the first, if not the first, I ever had. Shot at 1/125th, ƒ5.6, iso 125. I was using my kit lens, the 18-135mm nikkor at 44mm. That was actually a great lens and the pictures I took with the lens camera combination still hold up today.
Don't ask me why I wasn't at ƒ11 because I don't know at this point. Incompetence maybe or perhaps I had no time to do anything but click. Maybe the background smoke was just too thick? I will take it, in any case, warts and all. And I think the composition is good and that will take you a long way. I like how the antler tips break the plane of the canyon rim.
Remember, better to get a decent shot than no shot at all. I have tried to work on the photograph but the inherent limitations in the original capture make it unfixable. No problem, it is what it is.
Posted by Blue Heron at 12:38 PM