We had a lovely thanksgiving feast, with our friend Don. Quite traditional. Leslie did her normal salt dry brine on a relatively small thirteen lb. turkey. She made her orange cranberry relish with the whole orange thrown in, peel and all. Sour dough stuffing with water chestnuts, mushrooms and Italian sausage. Potatoes and homemade gravy, green beans, celery root salad and pumpkin pie.

It was really delicious, the bird was moist and cooked to perfection. Every single dish was perfect. 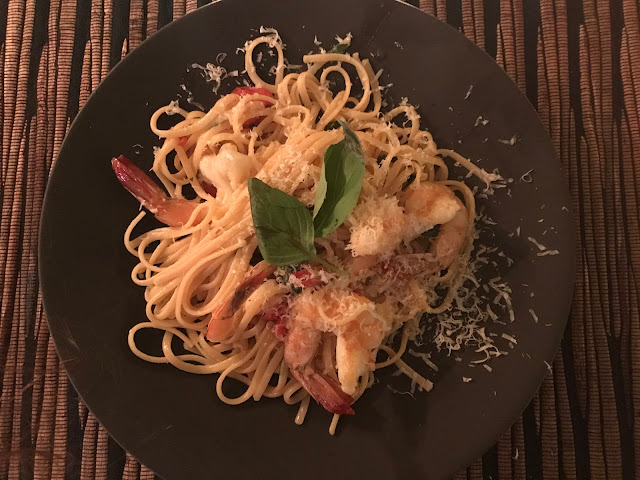 Some of our friends went a more non traditional route. Like Ron and Lena. 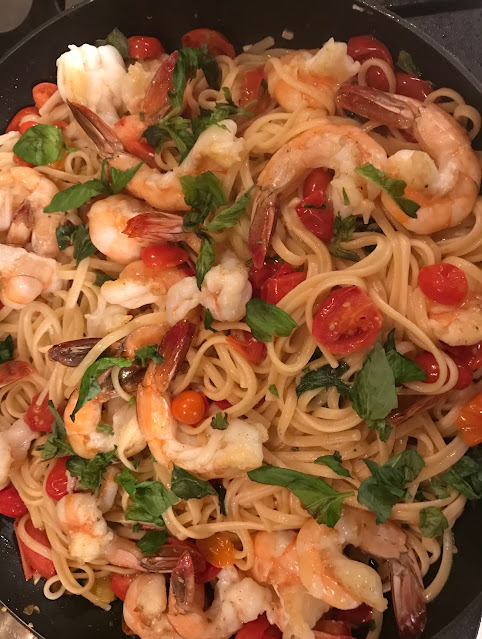 They made a beautiful grilled shrimp scampi. 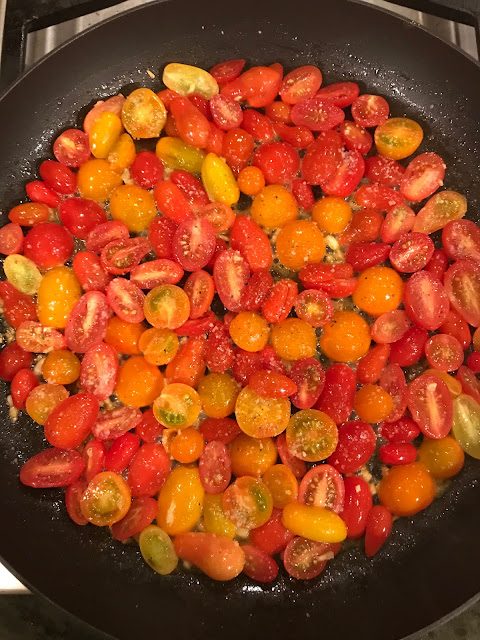 They drank down the delicious victuals with a nice prosecco.

What a lovely meal they enjoyed!

Big Dave has turned into a master smoker over the years. Here is a portion of the scrumptious looking smoked salmon he and his family feasted on up in Burlingame. 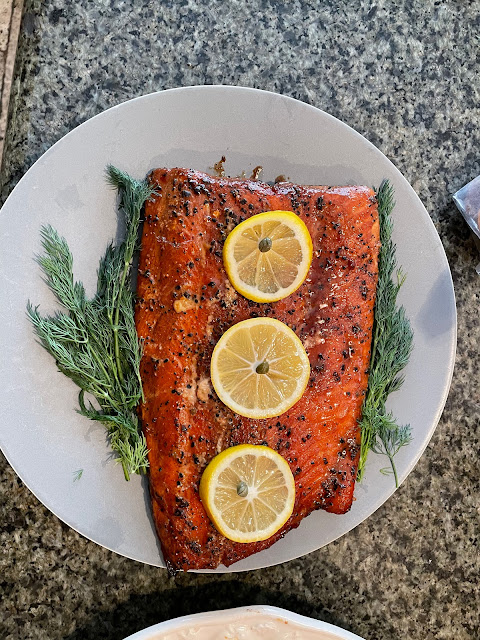 Brigitte and Morgan live up in the Olympic Peninsula. They also went a non traditional route. Their neighbor shot a deer and shared it with them and they went to town. Brigitte and her mother are german and they are both fabulous cooks. They made an epic meal for the ages! 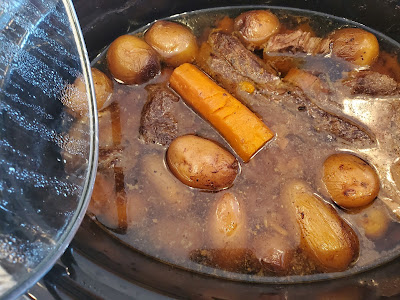 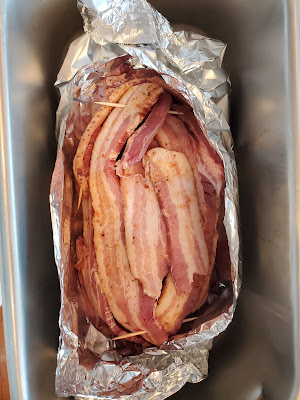 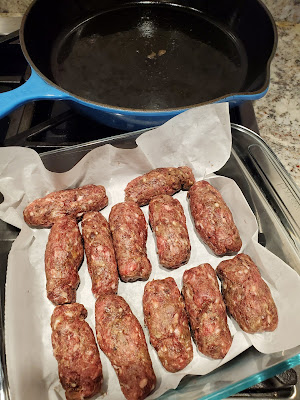 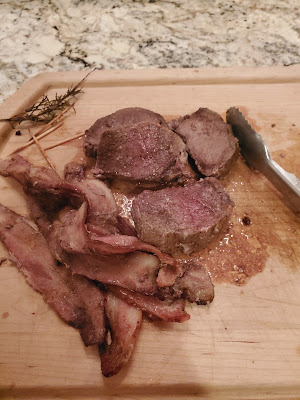 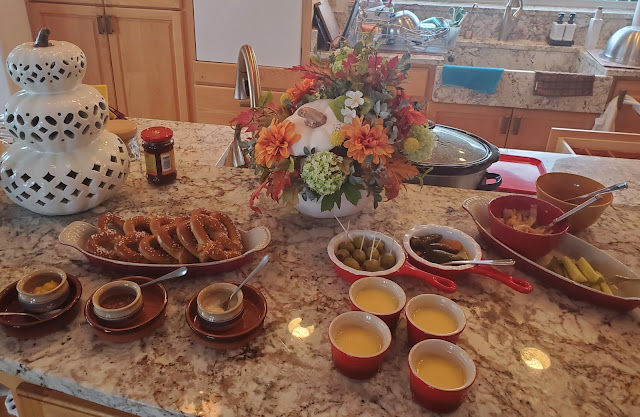 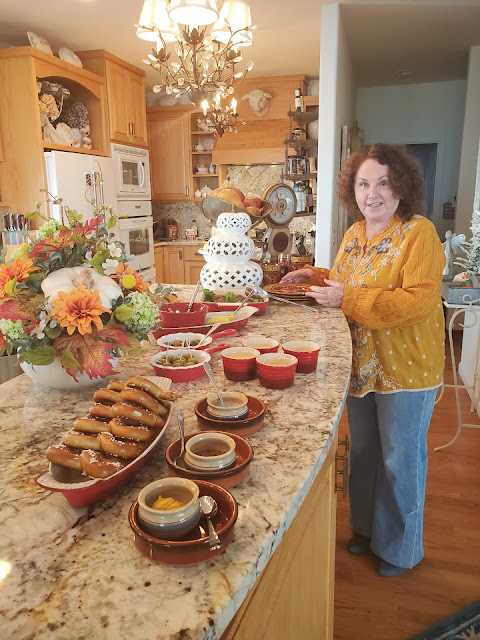 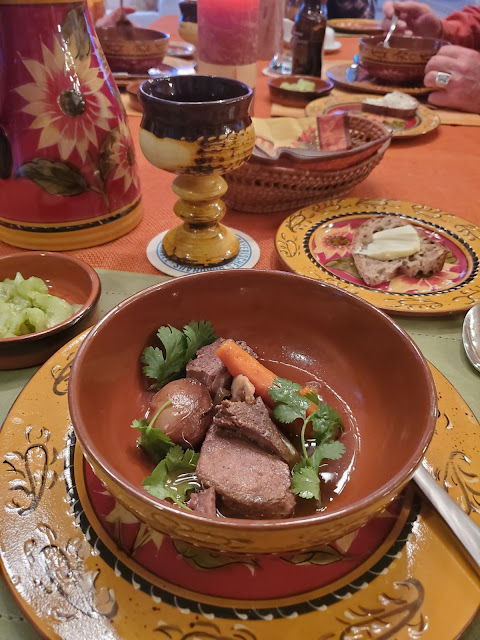 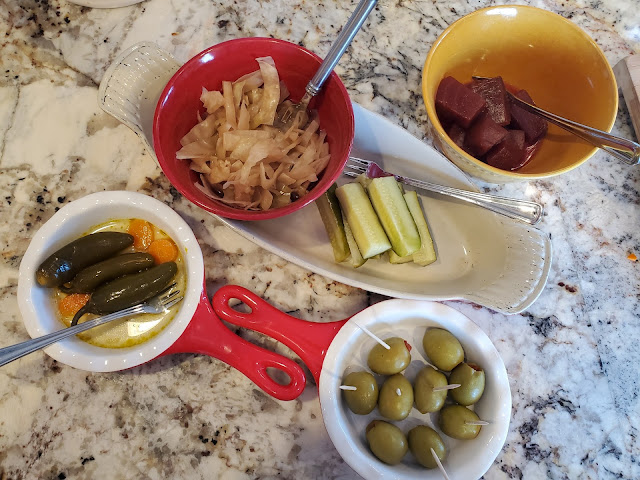 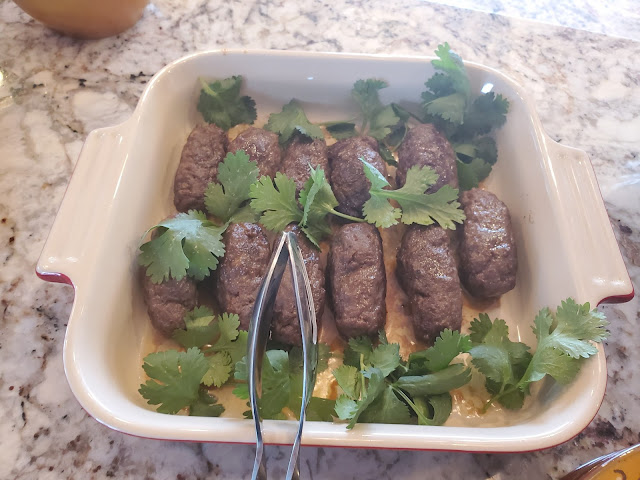 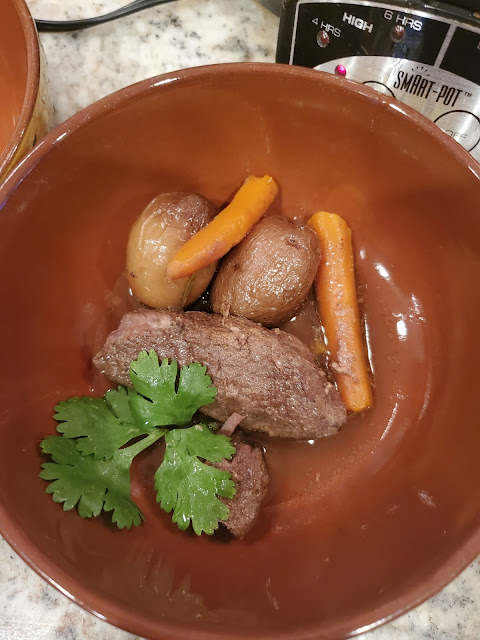 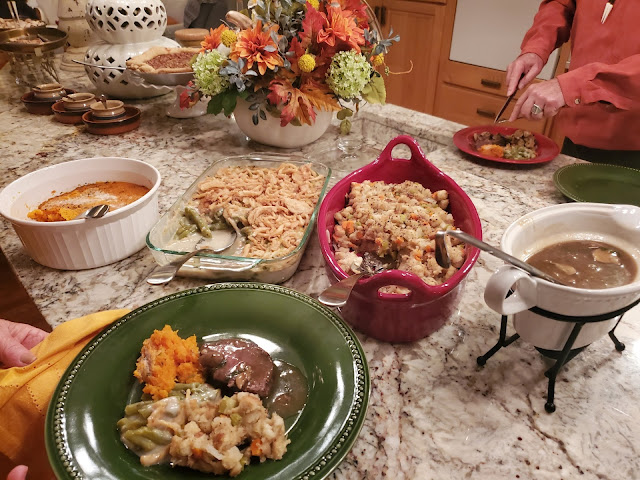 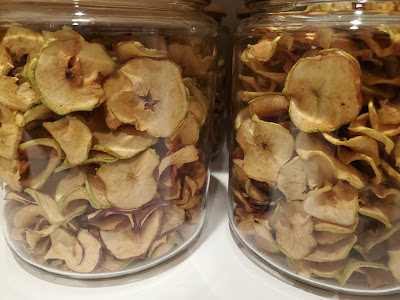 Dessert was her homemade apple crumble and a pecan pie made by a local diner.

She has been dehydrating lots of apples from their Agnew Farm. 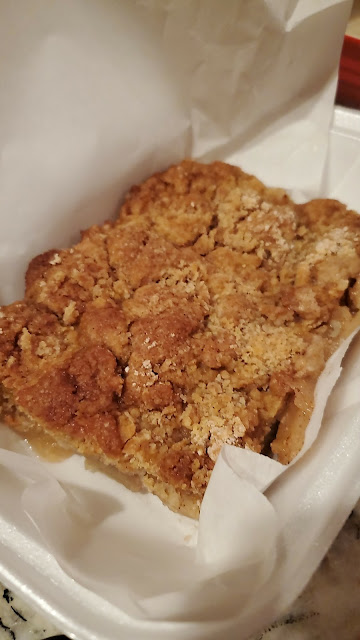 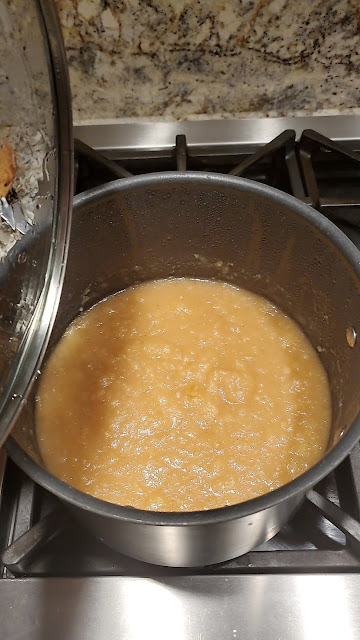 She made apple sauce in individual ramekins to accompany the medallions, she says per my suggestion, which I vaguely remember making.
What I would give for a taste of that venison... If you can top this meal, please send pictures!
*
I would finally, be remiss, in not thanking RoxAnn for making us the homemade persimmon apple and coconut cranberry cookies last week.
I was supposed to share the tin and in my gluttony they somehow never made it home so she brought more over.
I surrendered them quickly to my wife to relieve myself of any possible temptation.
They were wonderful! The Raticans went traditional as we did.
Looks like a lovey table.
They brined a bird and then barbecued it on their Kamado Grill. The rest of the plate is pink tahitian squash from their garden, a family recipe lime jello salad, Brussels sprouts, cranberry, mashed potatoes and stuffing. Yum!
It was accompanied by a lovely Syrah from Brick Barn Winery. She reports that it was a delicious dinner. I hope that yours was as well.
Soon Leslie will start on her post holiday turkey barley soup. The stock is already simmering!

If you have a picture of your feast that you would like to share, please feel free, never too late.

Thank you for your unique food poetry and descriptive narrative.