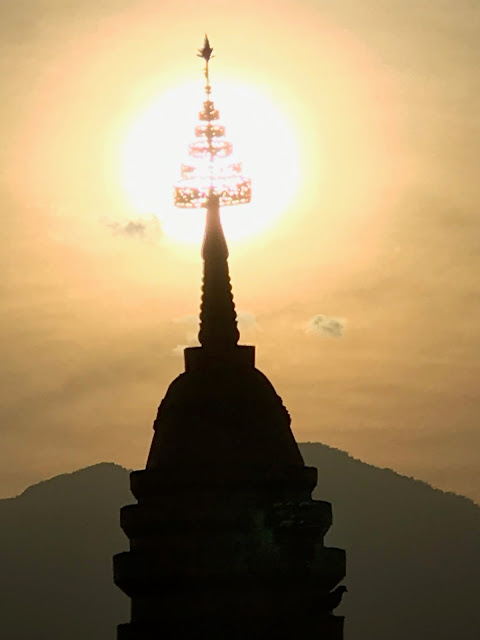 Ricardo sends a shot from Thailand. Very pretty.
*
It is hard to imagine that an ex mayor of New York and U.S. Attorney, Rudy Giuliani, does not know the difference in meaning between the words opaque and transparent.

What was it he said the other day? "Big words, your honor."

Maybe all the booze and cigars add up in your system and eventually make you stupid or forgetful?

Or perhaps it is a matter of a structural cognitive failure like dementia?

Sad, the guy used to be pretty sharp once upon a time, or I thought so anyway, now he is sort of a cartoon version of himself. Probably past time to be put out to pasture.

“ ‘In Wisconsin, somebody has to be indefinitely confined in order to vote absentee. In the past there were 20,000 people. This past election there were 120,000...and Republicans were locked out of the vote counting process.’ @VicToensing @newsmax”

Every part of this is false, proving once again why none of Trump’s claims about election fraud should be given any credence.

Honestie Hodges, the young black girl who was handcuffed by the Grand Rapids Police Department three years ago at the age of 11, has died of Covid. You can help her family by joining me in donating to her go fund me page.