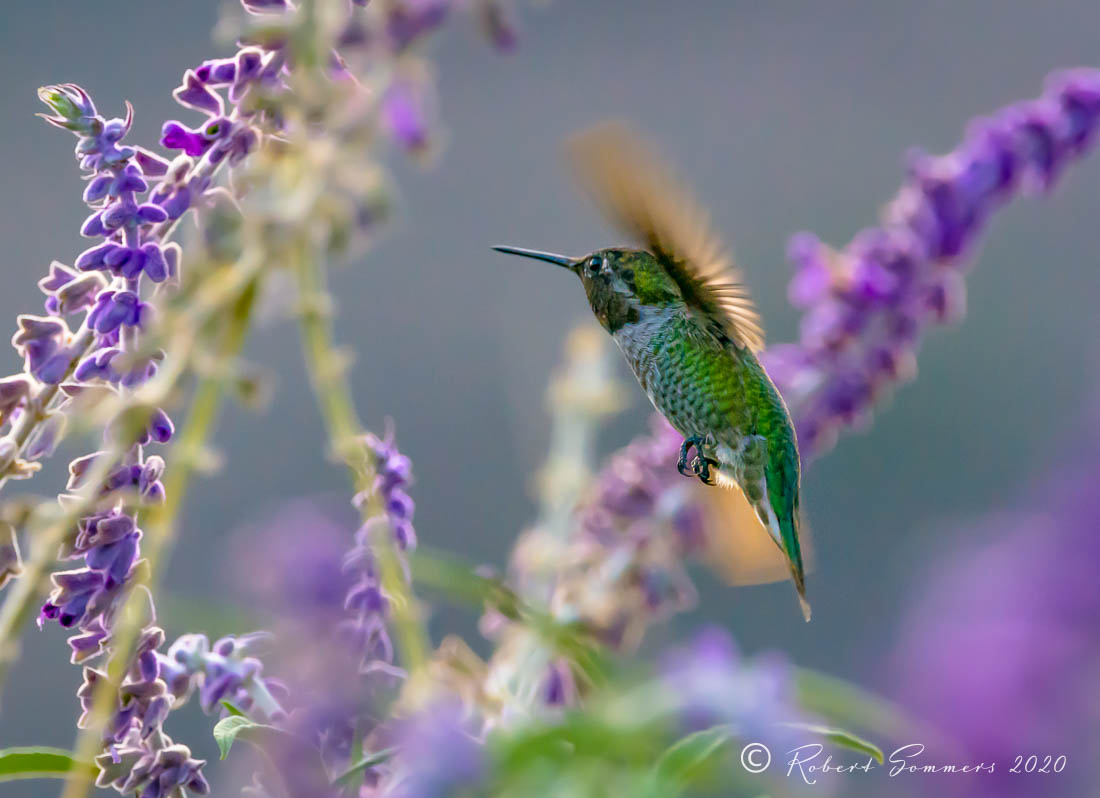 This shot illustrates why it is sometimes better not to shoot at maximum speed. I typically shoot birds at over 1/2500th of a second and higher. At those speeds you usually see no wing movement at all. This picture was taken at 1/1000th and you can see how much more interesting it makes the wings than a mere freeze would. Of course you can shoot much slower than that even. Try everything! Sometimes you can get lucky and catch lightning in a bottle.
Posted by Blue Heron at 10:31 AM