Leslie and I got up at 4:40 a.m. Sunday and drove to Long Beach for another swap meet. The onramp for the 91 westbound on Interstate 15 was closed for maintenance so we had to go east and backtrack as well as get gas.

The upshot was that we got there later than usual and the lines were super long. 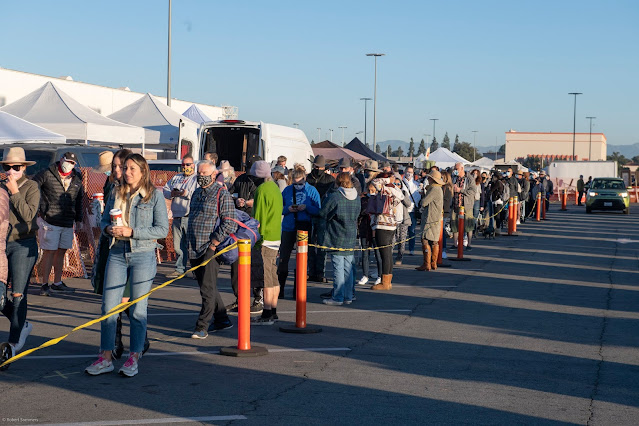 I have a lot of inventory already and wasn't really too piqued. Mainly came up to pick up an antique birdbath from Cam for my garden. 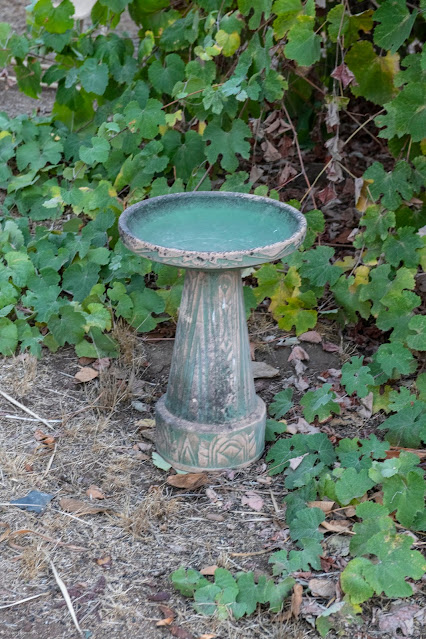 Not sure of the maker, either Redwing or Robinson Ransbottom.
Maybe even Weller. Some Ohio Pottery, that is for sure. This one is not the typical one that you see. More art deco.
In any case I really like it and am sure that the birds will too. Will let you know if I get any complaints. 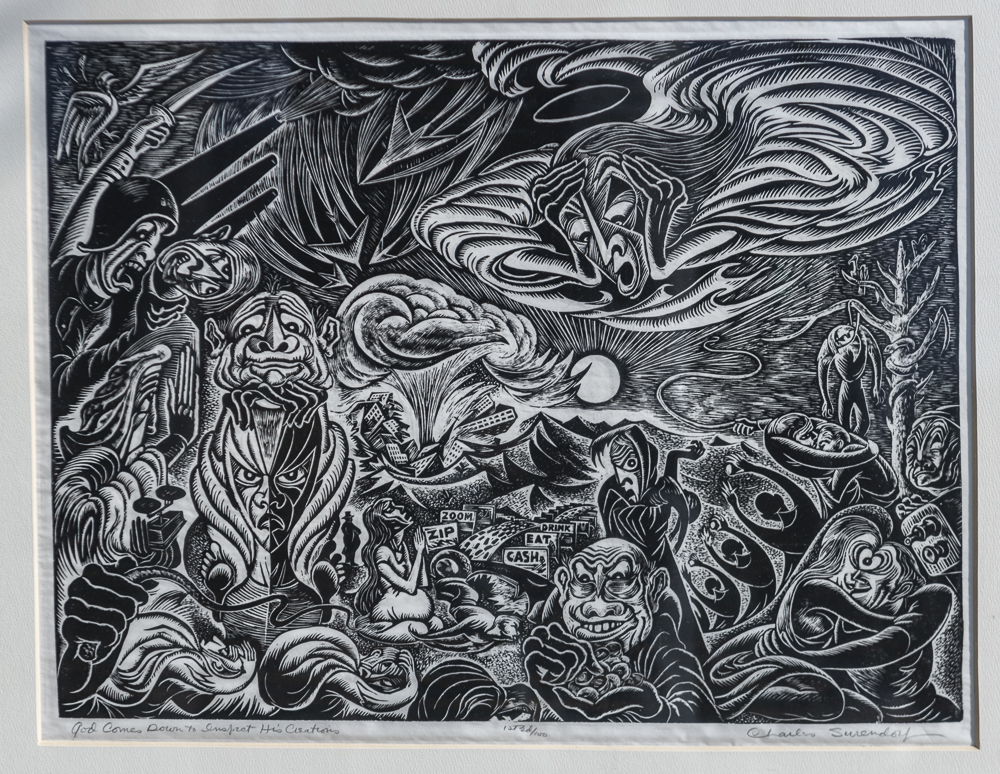 I picked up some great prints as well including this very large print by Charles Surendorf (1906-1979); God comes down to inspect his creations!  From the first edition of 100 on what I believe is Van Gelder paper. It measures approx. 14 x 18" image. It is listed as both a linoleum and wood engraving, I am guessing the former. All the human avarices depicted in one powerful image and social commentary.
Originally from Indiana, after graduating from Ohio State University Surendorf studied at the AIC and at the ASL in NYC. In 1935 he moved to the San Francisco Bay area and had further study at Mills College. Active in the local art scene, he was director of the first SF Art Festival. In 1946 he settled in the town of Columbia in the Sierra foothills. Very creative artist.
Interestingly to me, this is the second print he created with the same name. The first one was pulled around 1938 and is pictured here, from an edition of 15. 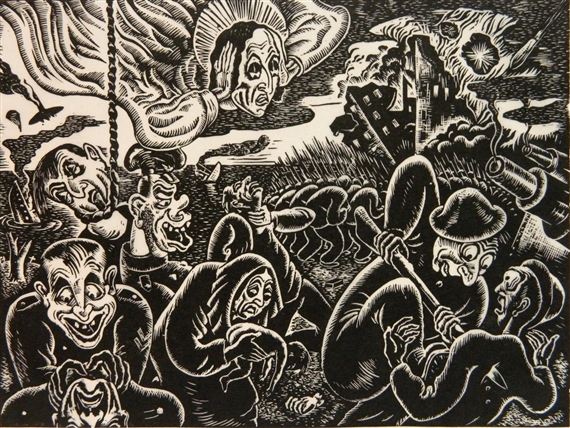 It is smaller but equally wonderful. 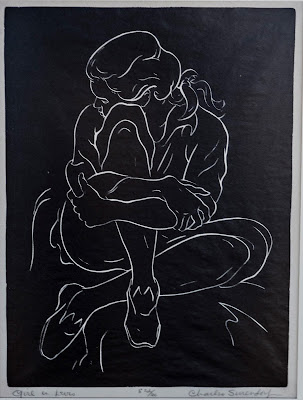 In addition I bought a smaller Surendorf linocut of a woman called girl in levis and two prints from an obscure Minnesota WPA printmaker named Gerald Urlie that are also really great!
I need to learn more about him and his relatively short life. 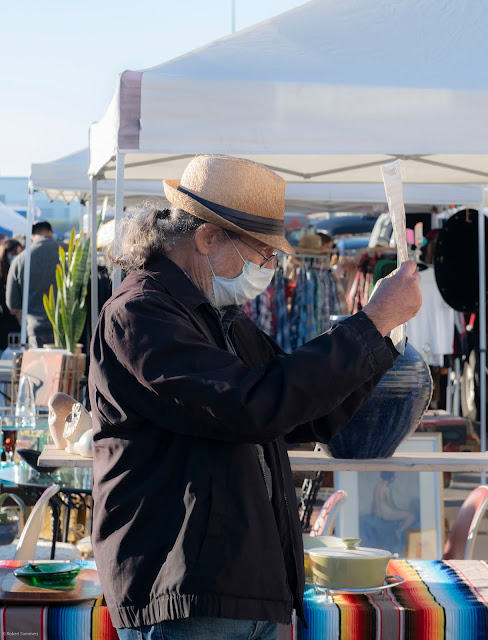 Then I found something that if right, will be pretty amazing that I won't jinx and write about.
Oh, and speaking of prints, here is famous print dealer Roger G. inspecting a work on paper yesterday.

It was a beautiful day, nice to get away from the local rancor for a spell. 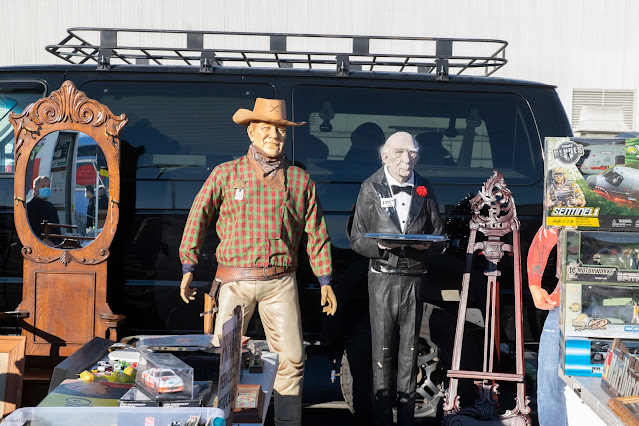 Normal swap meet cacophony but no Trump hats for once. Imagine?

I took no pictures to speak of. Except for these gents to my left, of course. People looked almost normal, very strange.

We stopped at a wonderful restaurant we like to eat at in Orange afterwards for brunch, Citrus City Grille. fabulous as always. What a nice downtown they have! 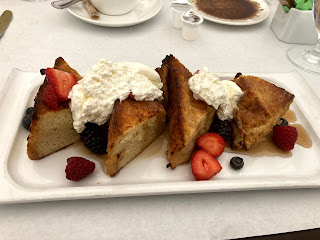 I had the baked caramel toast with pecans, dried cherries and cinnamon, etc. Unreal. Side of bacon. 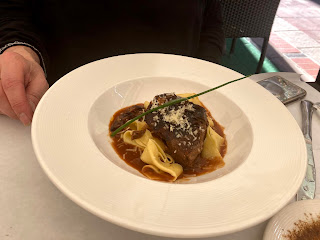 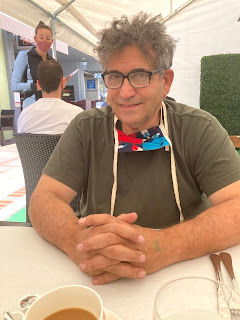 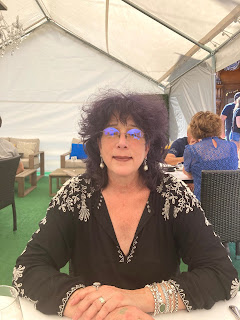 We got home tired but not exhausted, at a decent hour. A nice day walking, buying, eating and seeing old friends, great way to spend a Sunday.
Posted by Blue Heron at 11:47 AM