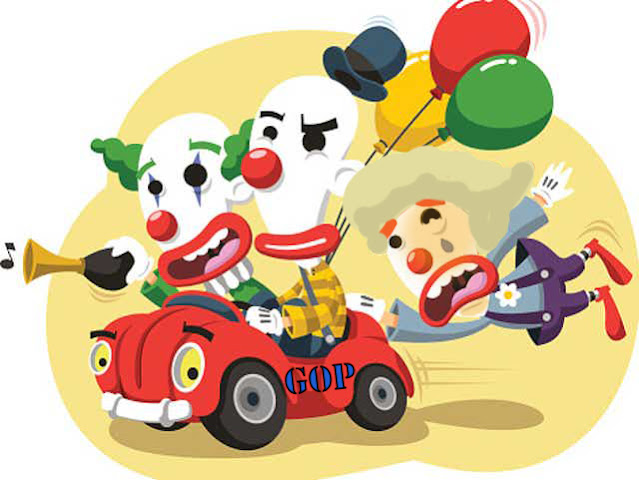 This is the party that will not recognize the President-elect, purportedly because they fear the wrath of Trump and the prototypical Trump voter, the all important non college educated white male voting block.

I fail to see how a country which just gave his opponent a record number of votes in dismissing him from office, the first incumbent to lose the crown in a quarter century, is expected to long for his return in four years, but it is certainly possible, I guess.

Perhaps the half of the country that he attacked and despises is finally ready for him? Gamblers know that the time you are losing big is the time to double down!

When you have a winning brand like Trump, why find a new horse and develop new candidates? Who needs fresh blood when you have a populist message that resonates so well with the flock?

Of course other people I have heard mentioned for the office are Donald Jr., Ivanka, Tucker Carlson and Laura Ingraham so it is looking to be a real clown car. It ought to make for very exciting television but I definitely think it is missing a very much needed Kardashian component and hope they can work one into the script.

Still trying to figure out how Mitch McConnell can congratulate all the winning GOP candidates but simultaneously dismiss the name of the guy on the top of the ballot? It's a head stretch all right but facts are not important here, it is feelings and the soldiers in Trumpland have been fed a diet for months that they were about to get cheated. So it is all going according to script. The sequel should be a real doozy!

Yes, we need some Kardashians. Right now it’s all boobs but no breasts. The Kardashians would definitely change that!