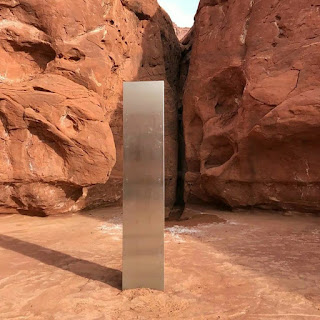 Many are atwitter over the recent discovery of a shiny monolith in the middle of a remote Utah wilderness area.  It was reportedly discovered by a passing helicopter.

A want to be Richard Serra making his artistic mark? Awful lot of work for a sculptor considering the location but certainly possible.

A starseed remnant from a visiting alien a la Kubrick? 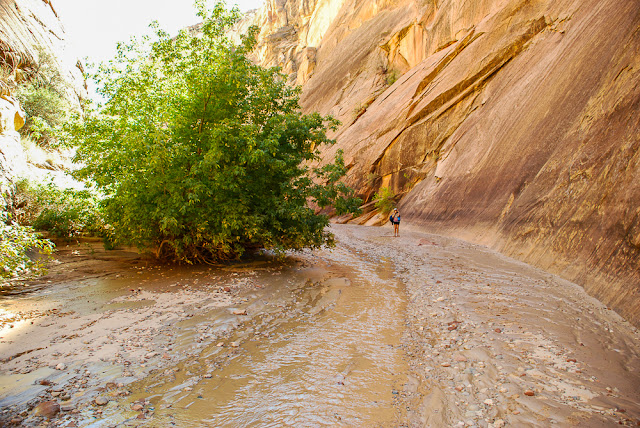 My first thought was something else entirely.

Years ago Kerry, Jasmine and I were hiking in the Paria Escalante when we visited Hackberry Canyon.

And I seem to recall Kerry telling me a story of a nazi vault being found in the region in World War II, part of some secret espionage effort. Could this strange steel edifice be connected with the previous Nazi efforts?

In February of 1953, a Utah cattleman named Harvey Chynoweth found the hideout of a german spy who operated in the remote area during World War II while looking for his cattle. His hideout included a cave and a metal structure or vault. His cache included radio equipment, food and weapons. Might he have erected the steel thigamjig as well?

The building can still be found today, at the confluence of the Paria and the Cottonwood River.

This looks like stainless steel with zero weathering...appears newish to me.

Space aliens are great at making things that look good for ever.