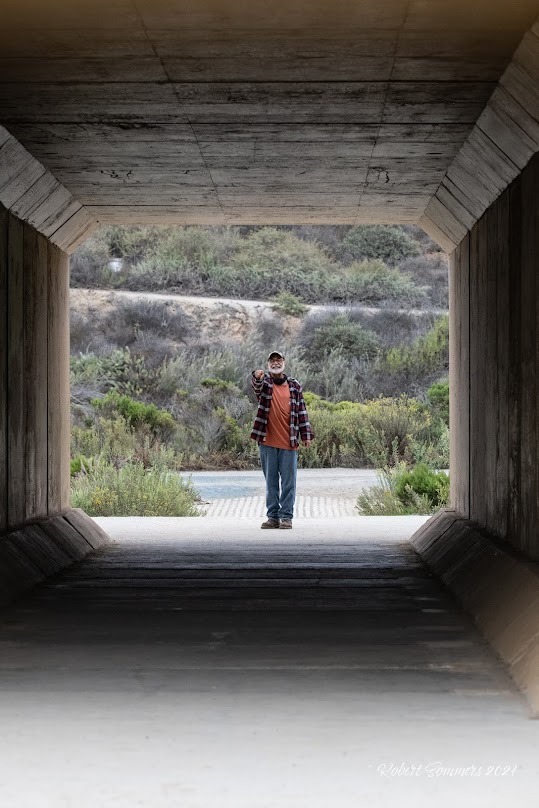 My buddy Tom, a great friend of approaching forty years, has a wife who is unfortunately in the hospital.

She needs minor corrective heart surgery, if such a thing can ever be termed minor.

But she can't get a bed, they are all filled up at Scripps with Covid patients packing the rooms and in tents outside.

So she has been stewing in the Emergency room for three days. How frustrating?

I thought that Tom needed a break from the infernal waiting game and swung by to grab him for a couple hours yesterday.

We went over to Eastside Pizza in Cardiff and grabbed a slice, visited Seaside Market to watch where the beautiful and upwardly mobile got their food and then headed out for a walk at the San Elijo Lagoon to stretch our legs and see what we could see.

Tom had never been there before and I was eager to show him the beautiful recent renovations. Now my friend is not really a bird guy and it was interesting to see what he focussed on.

"Look Robert, a bumblebee. You never see them anymore."

He was right, there were hundreds of bumblebees enjoying the wetlands. Had never really focussed on them and didn't exactly yesterday either, the subject being too close to the 600mm lens and preferring to present me with an ass end. 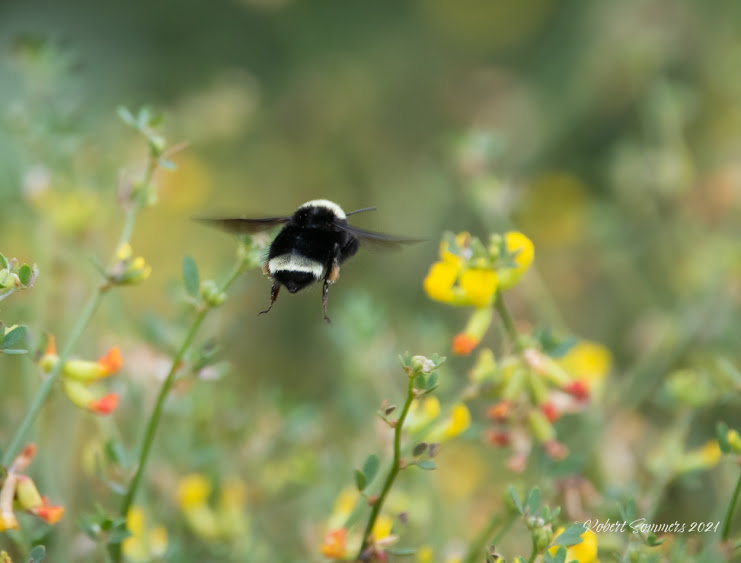 You get the idea.

Next Tom saw that there were thousands of little crabs walking around like Popeye with their massive singular foreclaws. Guess I never noticed them before? This guy is a southpaw, most were right handers. 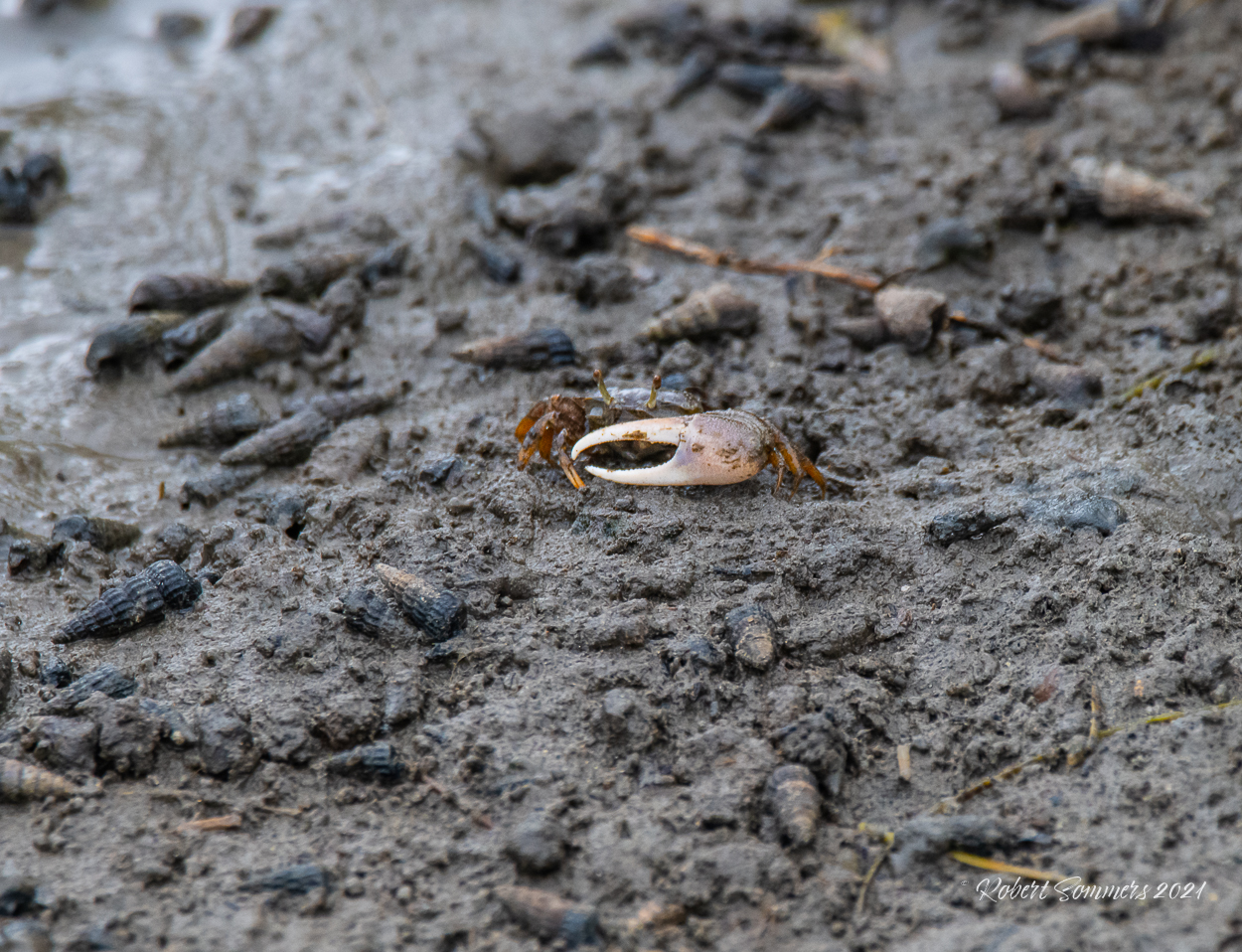 Good to see things from another person's vantage. It was a gray day, very overcast but we enjoyed ourselves in spite of the dull light. Saw a variety of the customary birds that make the lagoon their primary residence. 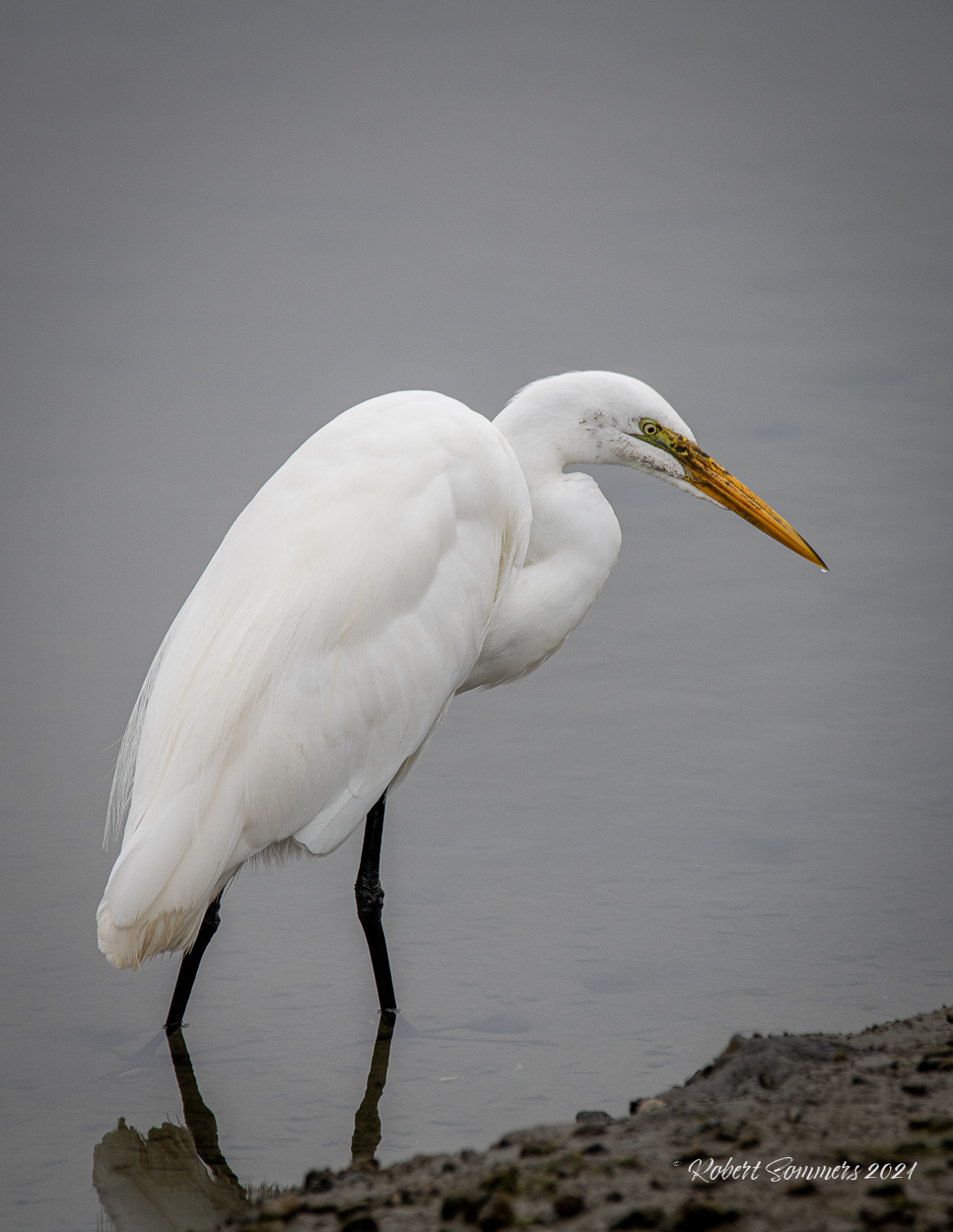 We hiked under the trestle and stood and watched how the birds lived on the other side of the tracks. Guess they will have to move the tracks soon as the Pacific coast continues to slip into the drink. 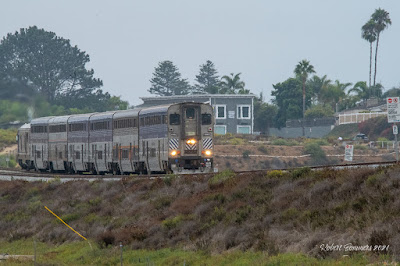 I had a good time hanging out with my friend, who has done so much for Leslie and I over the years, never requiring or accepting compensation, a true lifesaver. 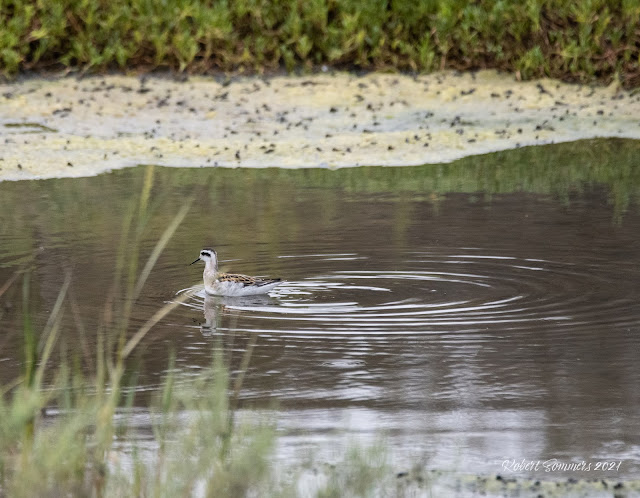 Now I am no shorebird expert but... 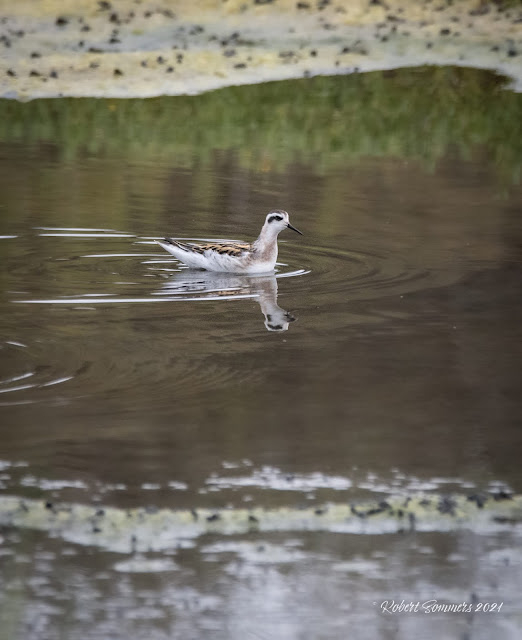 I am guessing that this is an immature male red necked phalarope. 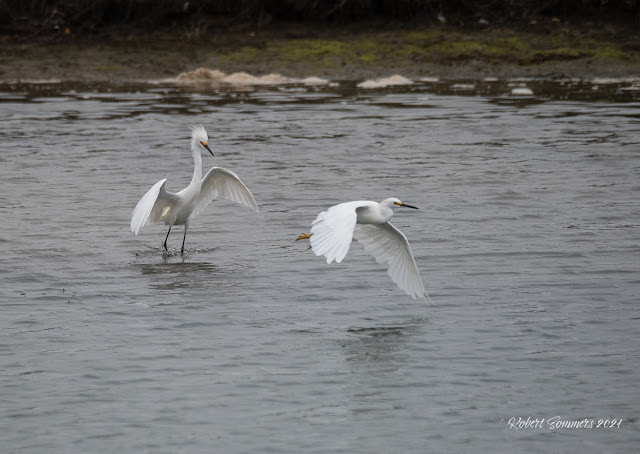 I enjoyed watching the snowy egrets cavort around.
Tom spotted a peregrine falcon flying high above us but unfortunately out of the reach of the particular lens I was using on this dimly lit day.
Not a lot else to report. 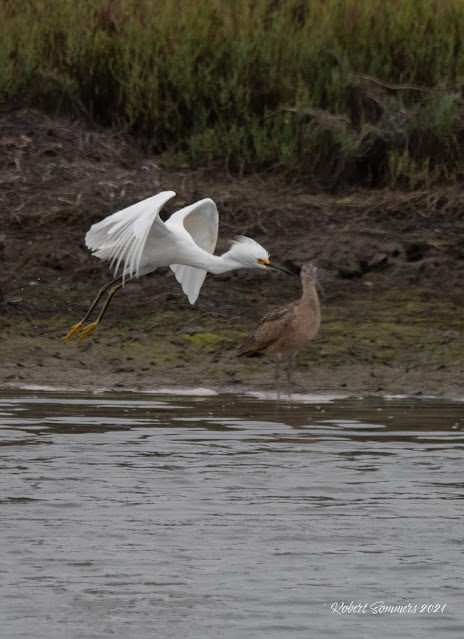 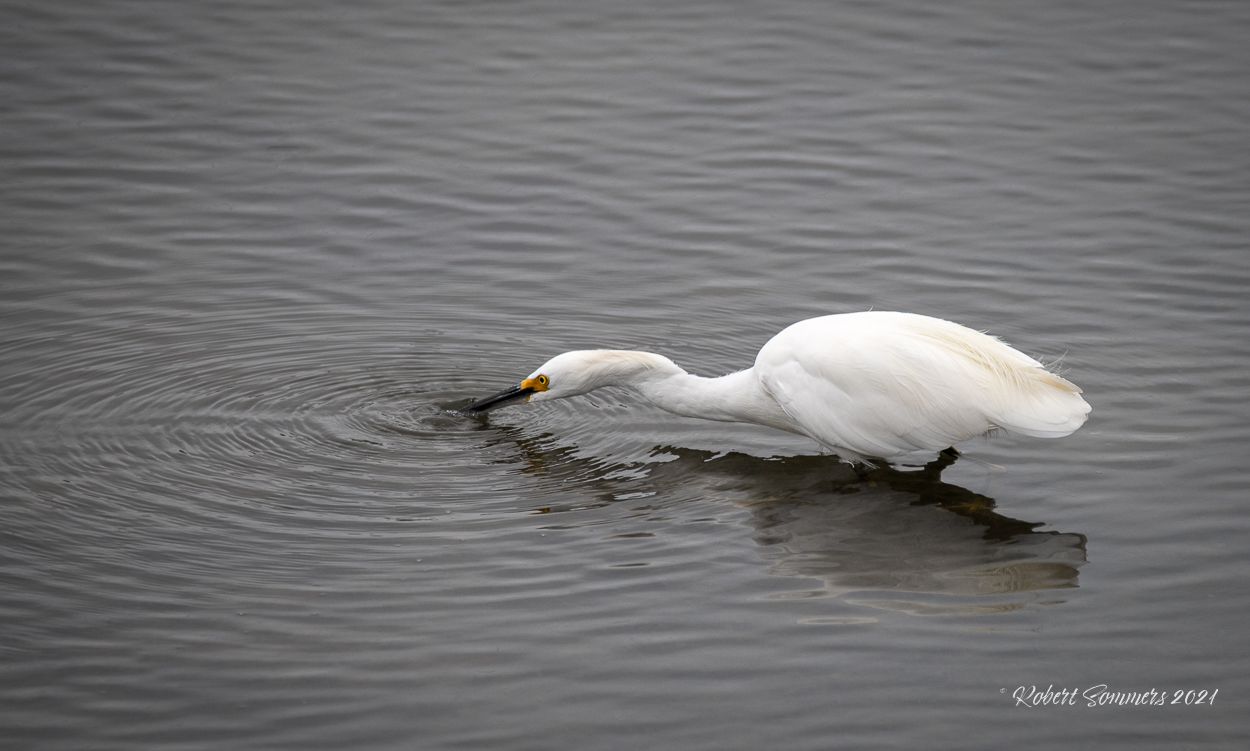 Not sure if you can see it or not but I have had dust on my sensor since before New Mexico. I need to take it to the camera shop next week, don't trust myself to clean it. Necessary maintenance.
We left the lagoon and headed to a workingman's bar in Cardiff, the Office. Tom had a beer, I had a shot of Jamesons. I have been suffering from a low grade depression for the last several weeks and am going to see if I can cure it with alcohol. Afterwards we went to VG's so Tom could have a donut. I drove him back to the hospital, our day's excursion officially over.
Only other thing I have to add is that I bought a new lens this week, a cheap fisheye. Should be fun. I bought an 8mm and it was returned undeliverable. I bought a better one, a 12mm but really haven't put it through its paces. With correction it might help fill a gap since my 14mm imploded in the Eastern Sierras.
I had lunch with Ken the other day at Rosas, here is my first shot with the thing, out of the box. 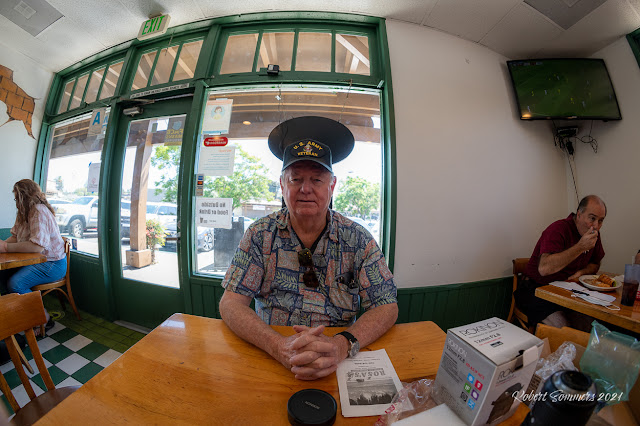 Here is the same shot with lens correction in Lightroom. 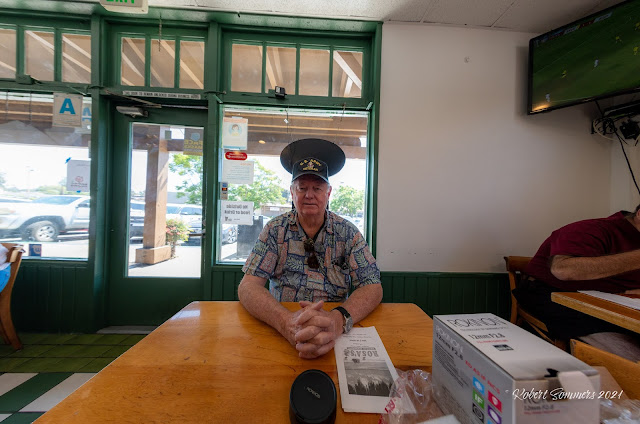 I can see some utility for both approaches. I kind of like the fish eye.
Posted by Blue Heron at 11:07 AM

A lot of really good photos from the lagoon!!