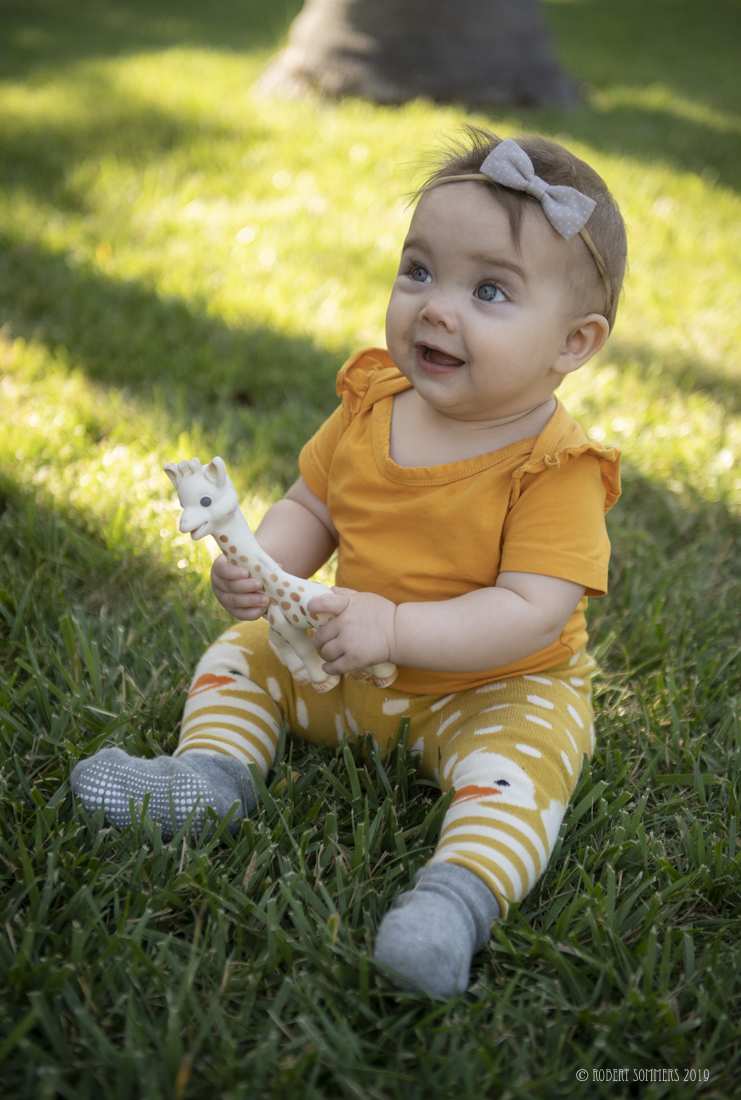 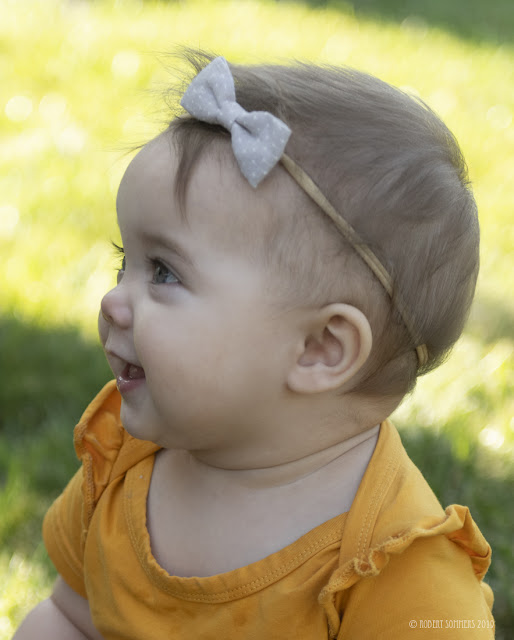 I had a nice weekend, in the context of both fun and hanging out with my pals and taking a couple photographs too. 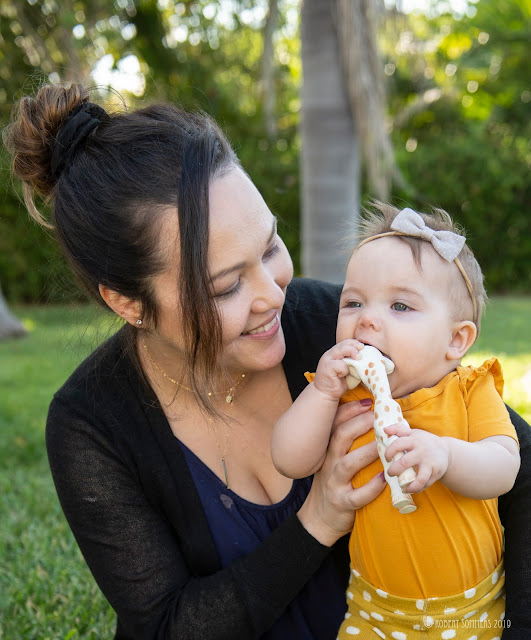 We went to Bill and Jeans for their family reunion and a feast and I got a chance to take pictures of Robin's grandchild. 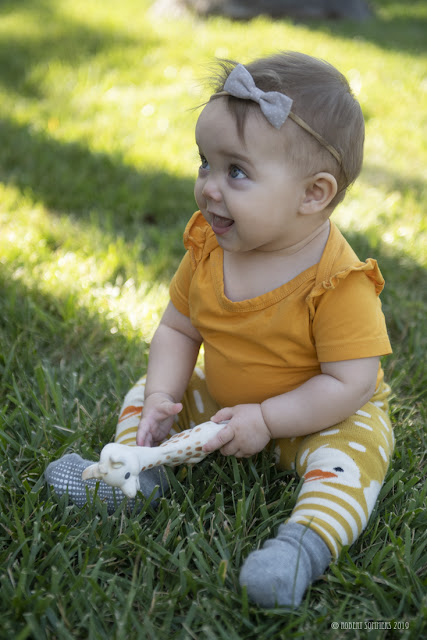 Babies are cool because they are like humans that haven't been screwed up yet. 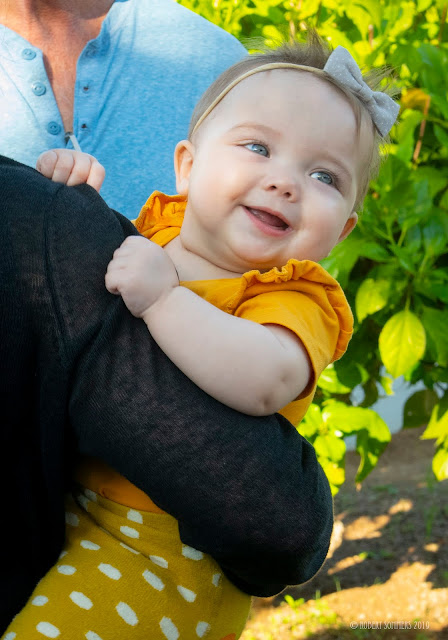 On the way home I noticed this crazy home on Minnesota St. with all these cool sculptures on the fence. Snapped a quick one moving through the car window. I have to go back and stop and take some proper pictures. I wonder who lives there? 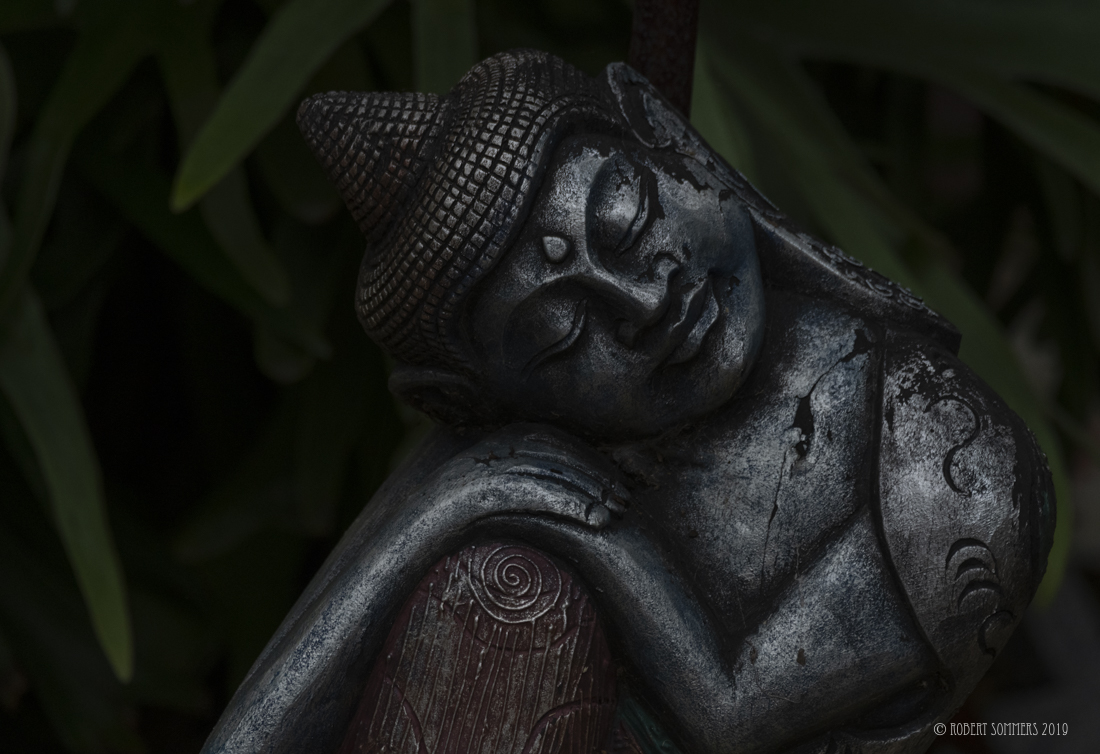 Yesterday we went to Bob and Sheelas' pad in Encinitas and hung around with them and Ron and Lena. Bob's glass art is getting better every time I see him. He has an amazing assortment of beautiful buddhas and boddhisatvas hanging around the splendid yard and I decided to document a few of them. 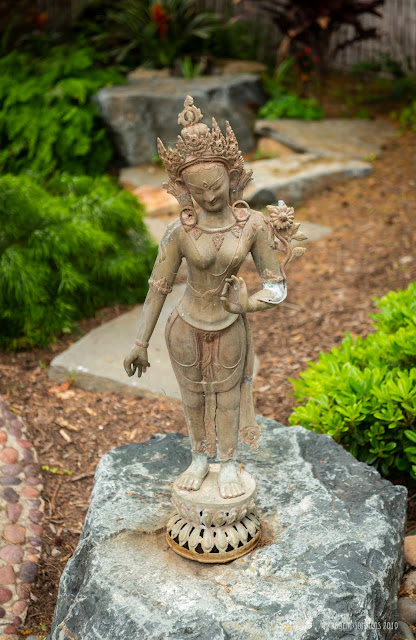 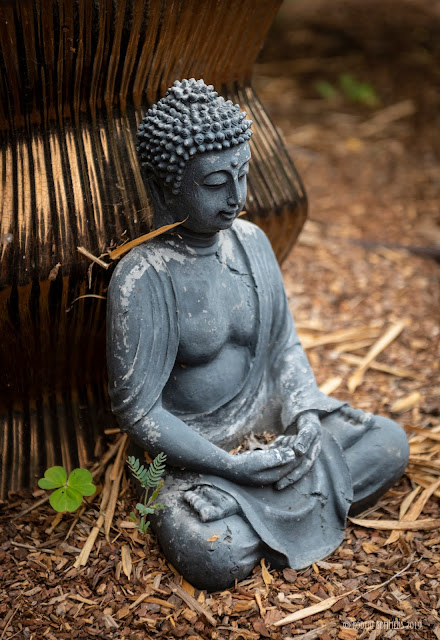 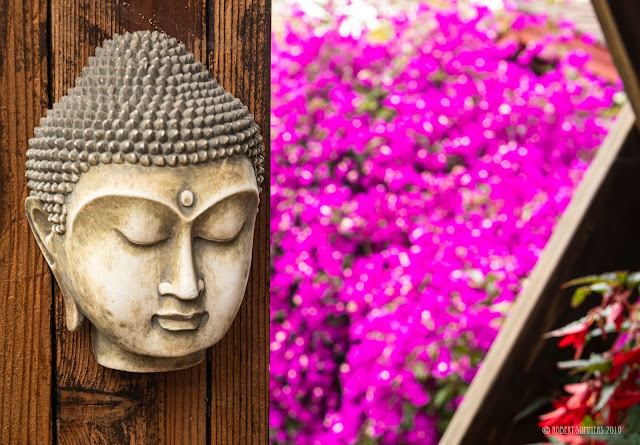 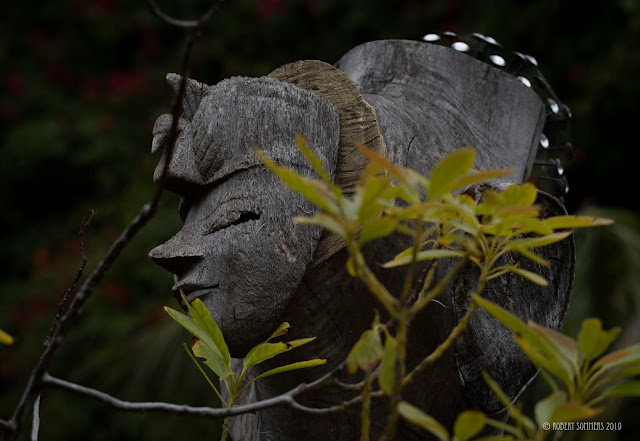 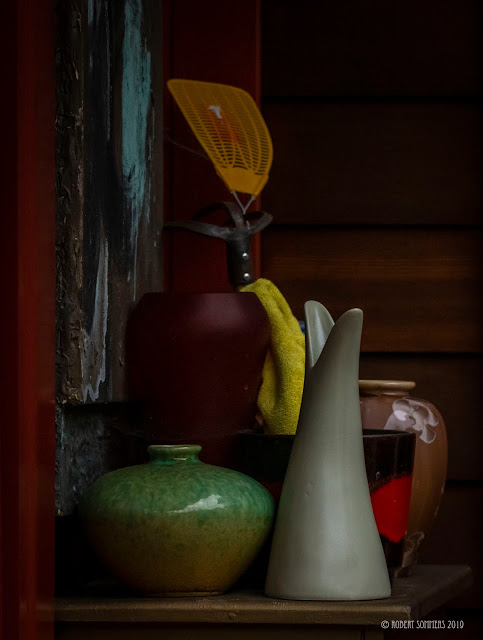 Really way too many to share, extremely visually rich environment. 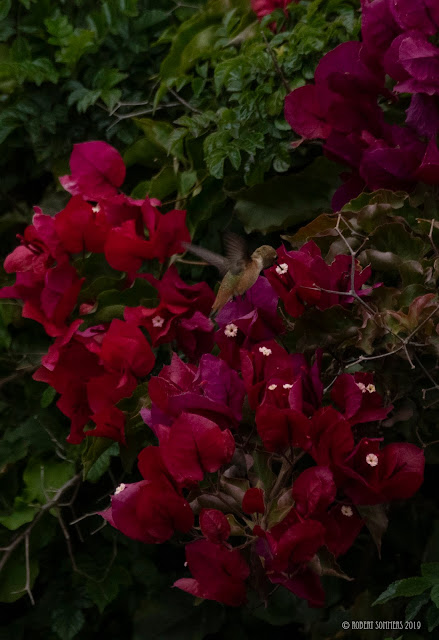 Managed to shoot a hummer or two too.

We had a delightful day. There was a thirty percent off sale on wine at Vons and we all stocked up.

Leslie is an amazing shipper and ended up saving over 60% somehow. Bought a beautiful sancerre.

We stopped at Panca for dinner on the way home, both jonesing for Peruvian. 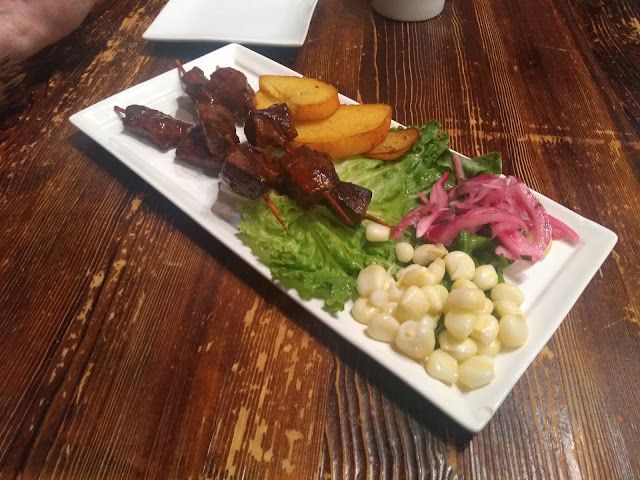 I started the meal with anticuchos. Anticuchos are an ancient pre-columbian dish. I've never had them before and was curious.

Tender beef heart portions marinated in cumin, aji amarilla and who knows what else? Extremely flavorful and just the ticket to get my heart back on track. They are served skewere , with a side of Peruvian corn, salsa criolla and grilled potato.


From Wiki: Although Anticuchos are of Pre-Columbian origin, historically Anticuchos can be traced as far back as the 16th century, when they were first encountered by the Spanish conquistadors. It was at this time that European ingredients such as garlic were added, and beef began to replace the traditional llama that was used at the time of the Inca Empire. It was a popular dish among the inhabitants of the Inca Empire, and it is currently popular throughout most South American countries. Americanized versions of anticuchos are sometimes made of non-organ meats.
According to the text file from the National Library in Lima (Peru),[citation needed] it is believed that the term comes from the Quechua antikuchu (anti: 'East' + kuchu: 'cut' or uchu: 'porridge, mix'). The writer Erika Fetzer mentions that according to tradition, anticuchos were prepared with meat and flame. The Spanish strung the meat on sticks as skewers.
The Spaniards also brought enslaved blacks, which were established in Lima and the coast of southern Chico de la Ciudad de los Reyes of the Vice-royalty of Peru. They adopted this dish.
In those days the Spanish dismissed offal as food for slaves, using non-offal meats out of the desire to have a dish that was more attractive to them. The presently used recipe, with its traditional flavor, specifically uses beef heart. In Peru, the tradition continues with the traditional name and ingredients; anticuchos are consumed by all social classes of Peru, and is especially popular as a street food. 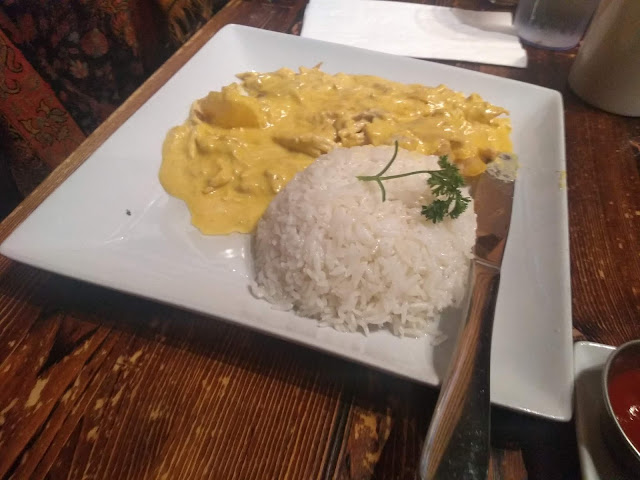 Leslie had aji de gallina, the parmesan, potato and chicken dish that just kills us it is so good. They put pecans in their aji sauce here, up north it is walnuts. The server explained that it really doesn't matter what you use, it only acts as a thickener. The rice and potatoes at Panca are simply over the top good.

Why did it take me so long to discover Peruvian food?

I had their half chicken plate. No one does chicken like the Peruvians. Their whole flavor set is so different than what we northern hemisphere types are used to. 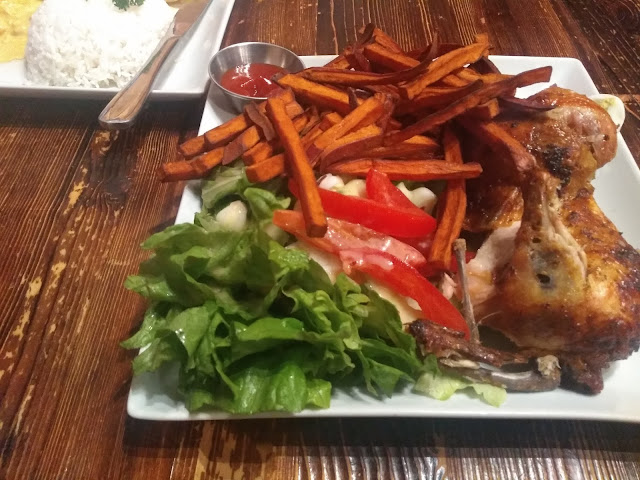 Always fabulous, as were the sweet potato fries. We split a coffee that was very flavorful too. Way too full for dessert.

We noticed that Tambo, their dulce shop two doors down, has permanently closed. Bummer but I get it. Cost benefit ratio, undoubtably. If you have not tried Panca yet, give it a shot.

Hope that you had a great weekend too.
Posted by Blue Heron at 12:55 PM