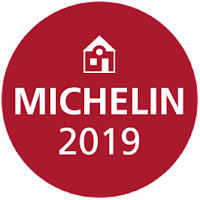 San Diego recently got its only Michelin starred restaurant, Addison. Sincere congratulations to them. I have only eaten there once and it was not quite my cup of tea, you might remember. But apparently the establishment is beloved by those that are obviously more in the know and gustatorily refined than I am.

If I want a great meal here I will either search for ethnic or cheap or go to Pampelmousse or maybe Vincent's but I don't need the chi chi bells and whistles of Addison and their food doesn't appeal to my particular palette. Or credit card for that matter.

I was maybe a little harsh the other day in my comments regarding said restaurant, admittedly a place where I have not dined in ten years and a man from Chicago apparently took umbrage. Said I might be better off at the Cracker Barrel. Never been, but will give it a shot. Thanks, Mr. Ravini!