Gadzooks, it's a godwit!


I am a member of a couple birdwatching yahoo websites, both Inland Empire and San Diego. They keep you informed about what's in the air. This week on the latter people are going gaga over a Hudsonian godwit that is gracing our western shores for the first time in memory. Every move this fairly nondescript bird takes is duly noted and documented. He has been given the name of Hugo by the faithful.

This particular godwit (Limosa haemastica) is a large shorebird in the sandpiper family, Scolopacidae. The genus name Limosa is from Latin and means "muddy", from limus, "mud". The specific haemastica is from Ancient Greek and means "bloody." It breeds in Alaska and the Hudson Bay and then like Canadians in Winnebagos flocking to Quartsite or New York yids traveling to Miami, finally makes its way south in the summer.

I don't really get the hubbub but that's me. I think its a little bigger than your normal godwit but that is all I know. A guy named Ed Henry took this picture of said bird and put it on the yahoo site. I'm guessing that he is the big guy in back.


As obsessed as many of you think I am about birds, my obsession is rather selective. I like the colorful, the diminutive and the raptors but there are giant holes in my game. 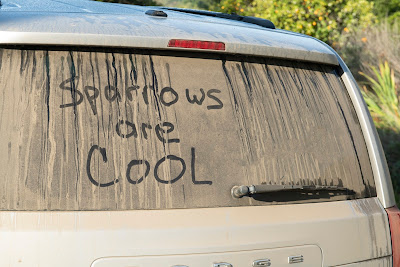 Real birders scoff at me and mock my avian myopia. A tunnel vision which I readily admit and even embrace.

They sometimes even write mean messages on the dirty back window of my van.

While the Inland group will occasionally post a message or picture from me, and are always very nice and appreciative, the San Diego guys are a bit snobbish, they wouldn't touch me with a ten foot godwit. I get little messages like this one back from them with no explanation.

Which is okay. I know my limitations. I am a half ass bird photographer, not a birder. I can't differentiate 90% of the sparrow species, my ability to recognize most bird songs is woeful at best.

If I get brilliant at all this one day, cool, but I am content to slowly plod along. If I need help with identifications, Ken or Beth always provide very cordial assistance.

Actually the birding websites are on top of a lot of things. Like this message from last week:

Two days later a four year old kid was attacked by the lion, which was hunted down and ultimately dispatched. So you see, birders are pretty together. We just want to be left alone in nature and hopefully skirt our way around the felines with the sharp claws. 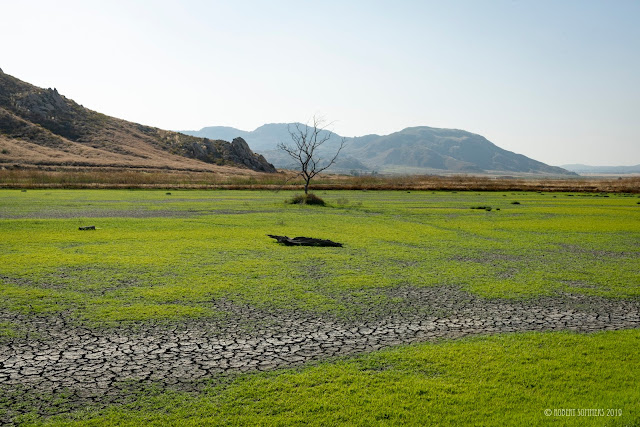 I went birding yesterday. Drove up to the San Jacinto Wildlife Area for a look around. I keep forgetting how bleak it can get as we near summer. Saw exactly one redtail, one harrier. No kestrels, falcons, eagles, nothing. It is over until the fall. 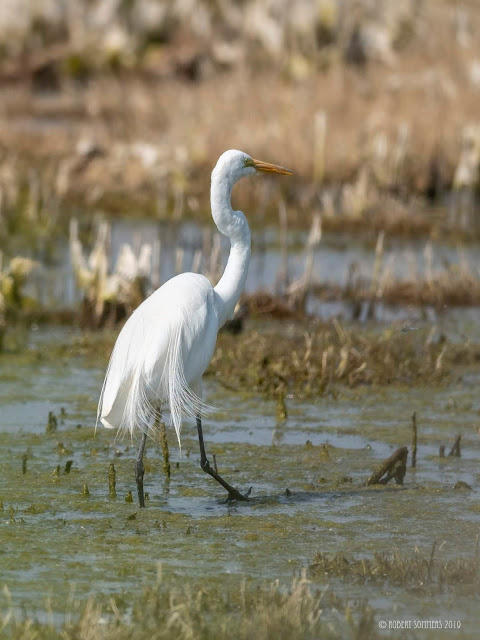 Not even a coot in sight. I thought with all the rain that things would be still rolling merrily along. Wrong. Ponds are drying up.

I did get my mile walk in with heavy gear in tow. Been walking every day, surgery coming up you know.

Saw some birds. Lots of ibis. A couple kingbirds. A flotilla of red winged blackbirds. An avocet, a kildeer. Mr. Loggerhead Shrike. 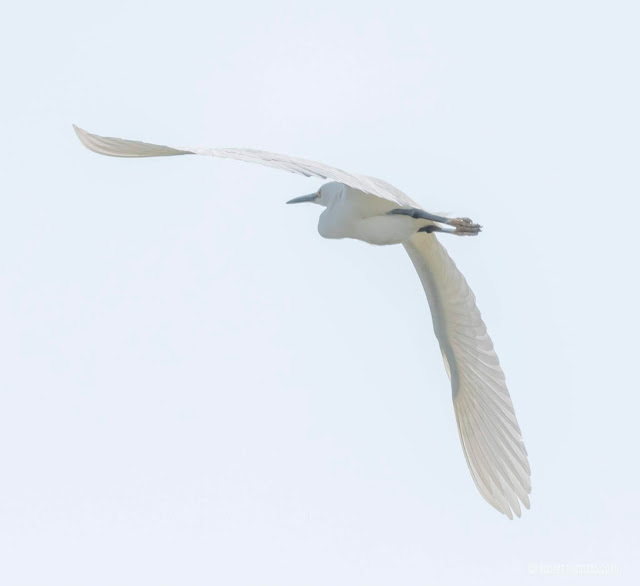 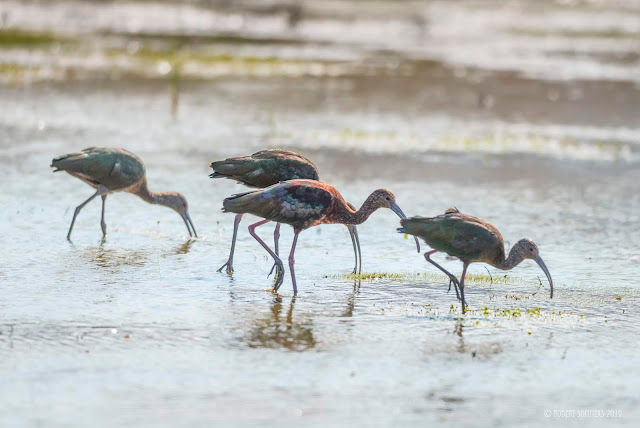 Lots of egrets. A few ducks. Walker pond road was closed for some reason. As I left I heard the beautiful sound that could only mean one thing, a meadowlark in the area. 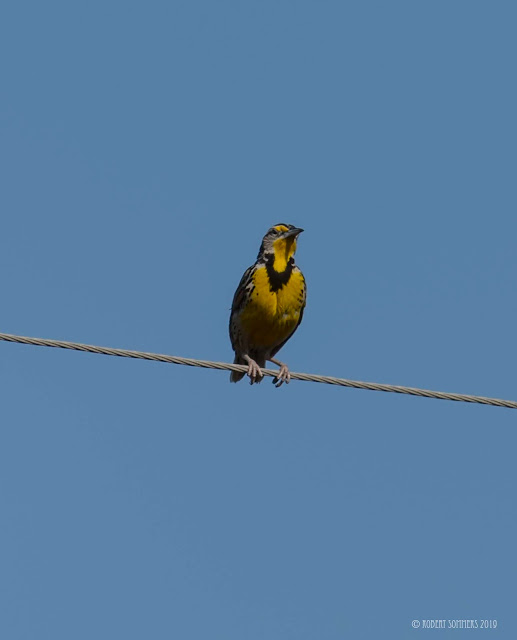 And there he was, one of nature's most gorgeous voices.

And all was good.

Some of the birders sound like they can be kind of persnickety.
Did you know the rastafarian at Palomar College that went by rhe name of Ibis? He was in charge of the A/V department.

I knew several of those guys, Sandvik and Teague and Phil but not him.