When queried on the proposed new tariffs on Mexico, Acting White House Chief of Staff Mick Mulvaney said something so incredibly stupid the other day.

He said that American consumers will not pay for the burden of these tariffs.

Really Mick, you think that business, small and large, will absorb all of these new costs without passing them to consumers?

You sir, are an idiot.

He also said that the standoff would not hurt ongoing negotiations on the U.S.-Mexico-Canada Agreement, saying that the proposed North American Free Trade Agreement replacement was a trade issue rather than an immigration issue and that the two are “not interrelated.”

You sir, are a fool.

This is a bald face lie. The Trump administration has itself conflated the two issues by demanding an immigration cessation in order to stop the proposed tariffs. These tariffs on Mexico, our largest trading partner, are set to start at 5% and accelerate to 25%. GOP Senators from Texas to the midwest know how badly they will hurt their state economies and are sounding the alarms but Trump blindly rushes forward.

Mexico sent the United States $346.5 billion of goods last year—meaning that a 5 percent tariff on those products would amount to a tax increase of more than $17 billion.

In the car segment alone:

The Center for Automotive Research estimates that a 5% tariff rate would increase the price of an average new vehicle built in the United States by at least $250. At a 25% tariff rate, U.S.-built vehicle prices would rise at least $1,100. Vehicles imported from Mexico would see sharper price increases — at least $1,100 at 5% tariff rate and at least $5,400 if the tariffs were ratcheted up to 25% by this fall. Overall, the tariffs would reduce U.S. gross domestic product by at least $7 billion to $34 billion annually and cause the loss of 82,000 to 390,000 U.S. jobs.

Just how dumb do these people think we are? Stop pissing on our legs and telling us it's raining. 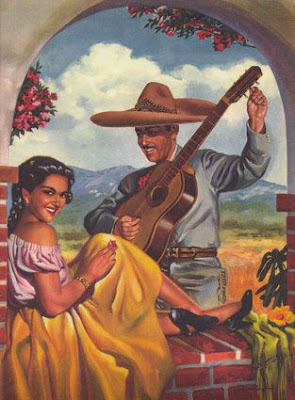 According to a WaPo article by Mary Beth Sheridan, the flow of immigrants of United States citizens moving to Mexico is probably currently higher than the migrant flow heading north.


Mexico’s statistics institute estimated this month that the U.S.-born population in the country has reached 799,000 — a roughly fourfold increase since 1990. And that is probably an undercount. The U.S. Embassy in Mexico City estimates the real number at 1.5 million or more.They’re a mixed group. They’re digital natives who can work just as easily from Puerto Vallarta as Palo Alto. They’re U.S.-born kids — nearly 600,000 of them — who’ve returned with their Mexican-born parents. And they’re retirees like Guzmán, who settled in this city five years ago and is now basically the pickleball king of San Miguel.If the thousands of Mexicans moving home are taken into account, the flow of migrants from the United States to Mexico is probably larger than the flow of Mexicans to the United States.

Funny nobody ever talks about that.

I'm really pretty sure that few of the migrants are Mexican, but are probably rather Guatemalan, Salvadoran, or any number of other nationalities from countries that our current president, in his less than infinite wisdom, has cut off foreign aid, forcing them to move elsewhere. Thanks, Trump!