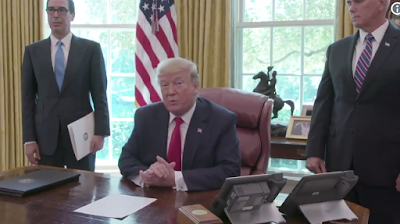 
"Sanctions imposed through the executive order that I’m about to sign will deny the Supreme Leader and the Supreme Leader’s Office, and those closely affiliated with him and the office, access to key financial resources and support. The assets of Ayatollah Khomeini and his office will not be spared from the sanctions," Trump said at the signing of an executive order to impose the sanctions.

The only problem is that Khomeini died in 1989. Oops. I know that they all look interchangeable but the shiite despot you actually want is Ali Khamenei, dude.

Hey you see one guy with a beard in a turban, you've seen a million, just how the hell are you supposed to tell them all apart? Give the guy a break.

Here's the original ayatollah, the guy who made the job famous and basically defined the position, the one and only Sayyid Ruhollah Mūsavi Khomenei. The dead one. Dick York, if you will. 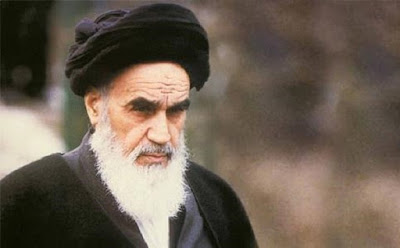 Sort of a serious type. Might need some bran, looks impacted. Wonder if the bowels is what finally got him? And here's the current supreme leader, Iman Sayyid Ali Khamenei, who looks more like a borscht belt comic or a lovable homicidal grandpa. Think Dick Sargent, the second ayatollah. No, I won't pull your finger. 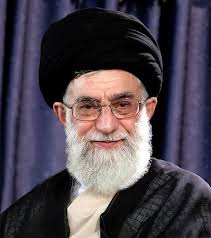 I found the following joke on an Iranian website.