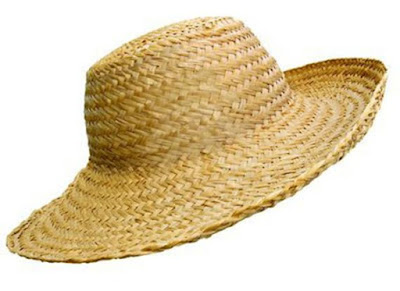 I moved around quite a bit as a kid and one of the things you find is that every small town has its toughest guy, the legendary thumper that nobody wanted to mess with.

It was a guy named Stanley in Syosset, never actually met the man but the mere mention of his name caused people to quake in their boots. The apex alpha male phenomenon is very strong when young men are in their teens and twenties.

San Diego has a couple little burgs that have always been special places, known for their unusual inhabitants. I think of Ocean Beach, Descanso and that quaint little lakeside hamlet by Escondido, Del Dios. Del Dios has been under a no growth sewer moratorium since the 1960's and the people that live there are a slightly different breed, the Dons of Del Dios. Artists and bohemians, working men and women, unconventional types. It is a special place.

Life in Del Dios long revolves around the Del Dios Country Store, a place that has been open for I don't know how long but certainly back to the 1940's. Store often has included a bar and that is where this story starts.

The toughest guy in Del Dios back in the 1970's was a guy named George. Don't remember how to spell his last name, might have been Gerlichy. That is what it sounded like anyway. George was a friend of mine and the least likely looking tough guy one could ever meet. He was maybe 150 lbs. soaking wet. Not conspicuously muscular. Wiry and lean, liked to wear a straw hat. Very pleasant, never went looking for trouble but had his share of scraps.

George ran a drywall taping crew, worked for me for a while when I was building. And he had a reputation of not being a guy to mess with. Originally hailed from the mean streets of Cleveland, he might have been Czech or Hungarian.

Anyway, as my friend the late Garry Cohen told the story, one day a biker pulls into town with a girl on the back of his chopper and stops at the bar. He was typically drunk and belligerent, making a general ass of himself and started chirping about wanting to fight the toughest guy in town. People ignored him for a while but the name George slowly started to percolate up from the shadows. The biker hears the name and issues a challenge. "Where is this George guy?"

Fast forward an undetermined period of time. Word gets around to George, he shows up at the store.

"I hear you've been looking for me."

The biker pulls out a knife and brandishing it menacingly says,"I have."

George smiles and says, "Oh good, a knife." Now George always wore that wide brimmed straw hat.  He pulls the hat down off his head with his left hand, obscuring his face and shoulders and with the other hand, in one simultaneous motion punches right through the crown, landing on the miscreant's chin, knocking the Harley riding putz out instantly with one straight right.

George moved to Pauma Valley, eventually passed away due to a medical problem, as did Garry. He was the nicest guy you could ever meet but you would be foolish to ever fight a guy like him. Never fight a guy from Cleveland or Youngstown or Philly unless that you are very sure that you know what you are doing. These guys grew up on the veldt, they learn to jab right out of the crib.

The first Mexican food I ever tasted was at Hernandez Hideaway in 1970. I think its in Del Dios. We had just moved to San Diego.
bv

I had to look up veldt.
bv

Hernandez is still open, BV. When I was a punk kid I once drove 135mph on the Del Dios Highway.

I believe the moral of the story is never wear a hard hat to a bar.