Joe Biden is in hot water from some circles for once making nice with the segregationists. But it would be helpful for the aggrieved parties to read the entire quote and context.


Mr. Biden, speaking at a fund-raiser at the Carlyle Hotel in New York City on Tuesday night, stressed the need to “be able to reach consensus under our system,” and cast his decades in the Senate as a time of relative comity. His remarks come as some in his party say that Mr. Biden, the former vice president, is too focused on overtures to the right as he seeks the Democratic presidential nomination.
At the event, Mr. Biden noted that he served with the late Senators James O. Eastland of Mississippi and Herman Talmadge of Georgia, both Democrats who were staunch opponents of desegregation. Mr. Eastland was the powerful chair of the Senate Judiciary Committee when Mr. Biden entered the chamber in 1973.
“I was in a caucus with James O. Eastland,” said Mr. Biden, 76, slipping briefly into a Southern accent, according to a pool report from the fund-raiser. “He never called me ‘boy,’ he always called me ‘son.’”
He called Mr. Talmadge “one of the meanest guys I ever knew, you go down the list of all these guys.”
“Well guess what?” Mr. Biden continued. “At least there was some civility. We got things done. We didn’t agree on much of anything. We got things done. We got it finished. But today you look at the other side and you’re the enemy. Not the opposition, the enemy. We don’t talk to each other anymore.”

Many of those staking a claim on the far left hand side of the Democratic party like Cory Booker have an issue with Biden here. I don't.

Because he is absolutely right. You have to talk with the people who don't agree with you. You don't make deals with your friends, you make deals with your enemies. I am so sick of the current shortsightedness and self righteousness from both Republicans and Democrats. And nothing is getting done in our country. And it looks like it won't for the foreseeable future.

There is absolutely nothing wrong with working with political opponents that you disagree with and we have a long history of doing so in this country. Look at Hatch and Ted Kennedy. We need to stop looking for perfect people who would never compromise. Because we are basically split right down the middle. 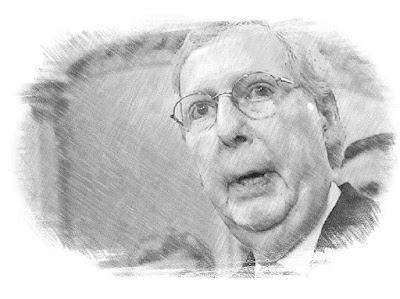 I was at a gathering the other day and was heavily outnumbered by conservatives. Tried to have some meaningful exchanges and was mostly successful.

But one stood out.

A man complained that dems were doing everything they could to obstruct the President. And I pointed out that Obama was treated the very same way by a Republican congress, pointing out McConnell's famous one term in office quote and the failure of them to back him on anything.

"That was different," he said. "That was about policy."

And I had to sillily point out that we on my side had a problem with the Republican's policy too. But I had heard the same argument from Mitch McConnell himself last week. He is not going to take up any House votes because the left is full of creeping socialists, etc. Mitch, that left you so greatly despise represents a majority of Americans right now. And you are abdicating your position and responsibility to your office and the citizens of the United States by not respecting that majority.


For the first time in my memory, I'm going to agree with Nancy Pelosi. I am indeed the grim reaper when it comes to the socialist agenda that they've been ginning up over in the House with overwhelming Democratic support and sending it over to America, things that would turn us into a country we've never been. Sen. Mitch McConnell

*
We discussed this situation at K's house today. Kip thought the Biden bashing was unfair, D preferred a more progressive candidate. I personally don't think a Bernie Sanders is what our country needs right now, free this and free that and we'll worry about paying for it later. Prefer a Biden or Buttigieg type that is more centrist or moderate in their views, that might track with the great undecided block that floats down the middle.

D said something interesting, that Obama tried to take a middle position and got screwed by the right, no matter how accommodating he tried to be it was never enough for the conservatives and strategically a failure.

An interesting and horrible conundrum but not one that looks like it will get fixed anytime soon. A Democratic President and House with a Senate that refuses to take up any legislation is still a big zero.
Posted by Blue Heron at 4:42 PM

If democratic socialism can work in just about every other rest advanced nation, why not here?

Democratic socialism is not about free this and fee that and who's going to pay for it.

It's about taking power away from the fat cats, the industrialist, the war profiteers.

If Bernie Sanders is elected, the only losers are the oligarchs, Jeff Bezos the trillionaire, various billionaires and millionaires, the military industrial complex, for profit prisons and hospitals, big pharma, etc., etc..

I always welcome your opinion.