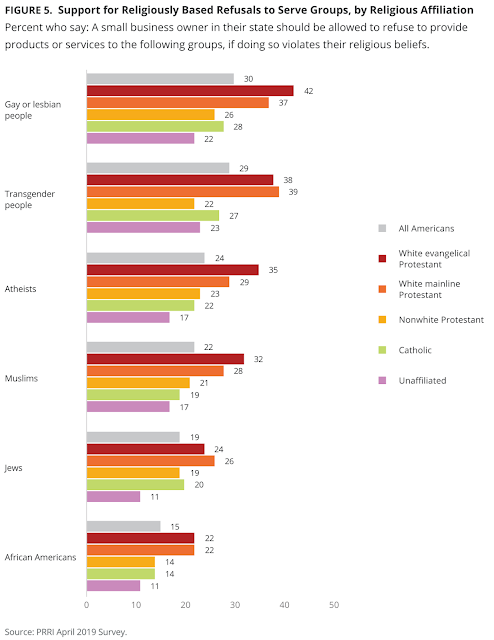 Not content to only discriminate against the LBGT community, a surprisingly high percentage of white evangelical and mainline protestants are in favor of discriminating against atheists, muslims, jews and blacks.

Obvious we are treading down a very slippery slope. And faith gives cover for all sorts of malignant behavior.

This information comes from new polling over at PRRI.

35% of white evangelicals want to be able to refuse products or services to atheists.

Wacky world we live in, definitely headed in the wrong direction.

Lo and behold, Republicans were much more in favor of this type of refusal of service discrimination. African Americans are the group least willing to discriminate by religion. Those who registered as nonaffiliated were the theology least likely to discriminate. 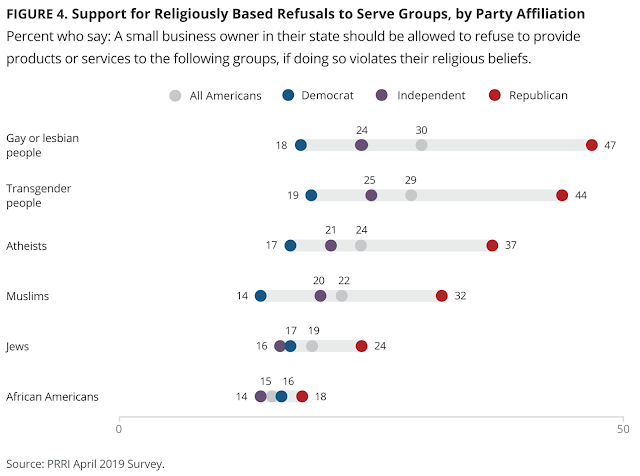 Well, God help us all. I am waiting with bated breath for the first business to refuse service to atheists. There will probably be a big going out of business sale shortly after that.

God help us is right.