I met my Saturday group for breakfast today at Main Street. It started off as a photo group but evolved into a group of friends of all persuasions. We usually have the big table on the back porch. 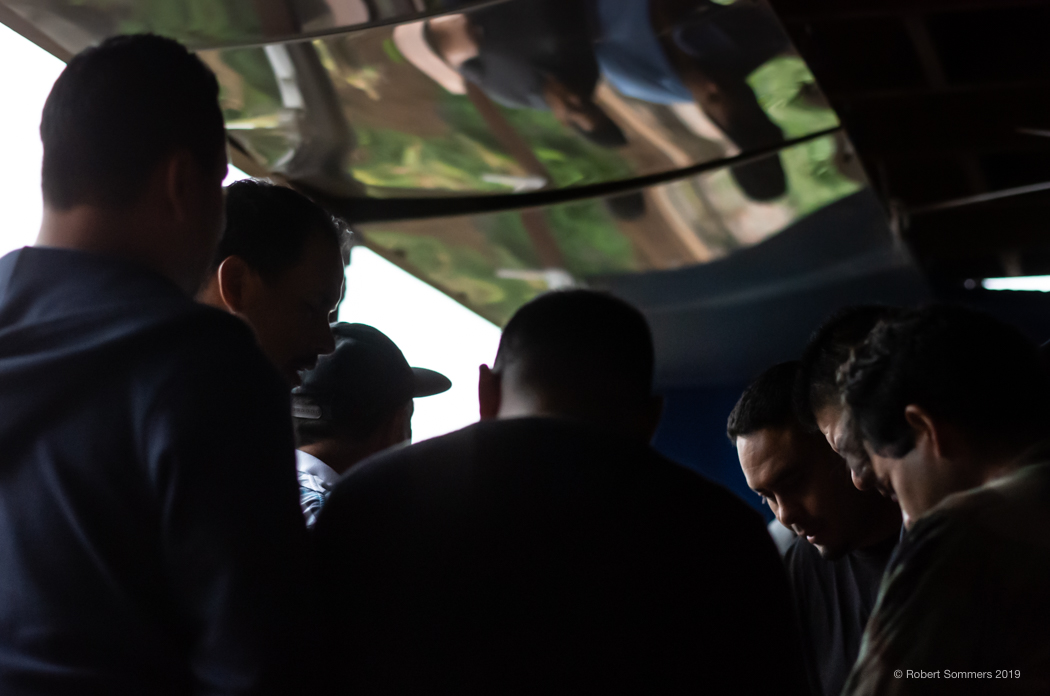 This morning there was a huge table of hispanic men next to us. Got there before we did. Very nice and polite as these folks generally are. My guess is that they are all involved in agriculture. Before their meal they got up for a very fervent and heartfelt prayer. I think they might have been a Pentecostal group or fellowship, they may have been speaking in tongues.

My Nikon D7200 camera was sitting there next to me. Quickly and unobtrusively as possible, I took a shot.

I have been having problems with this, my backup camera and wanted Ken, my friend, mentor and teacher, to take a look at it. I stuck my old nikkor 55mm ƒ1.2 film lens on it in the car. It is an old school metal lens, heavy and solid, had it milled so it would work on newer digital bodies. Manual focus of course and manual exposure.

The lens has some obvious flaws, soft in the corners, lots of chromatic aberration but there is something I can't put my finger on about it, that I still love. And ƒ 1.2, though unforgiving, can be a lot of fun. This shot was taken at ƒ2.8. It has not been processed by me in any way. postscript: Jon Harwood suggested a small left margin crop and I did and he was right.

I got to thinking after I heard their prayer. ICE is supposed to start sweeping tomorrow in ten cities. Going to try to throw a million people out of the country, many hard working, god fearing people like these folks, who are merely trying to better their lot in life and feed their families.

Perhaps their prayers were offered for the safety of themselves, their companions and families. I wish them well also. As a fellow human being, of course. 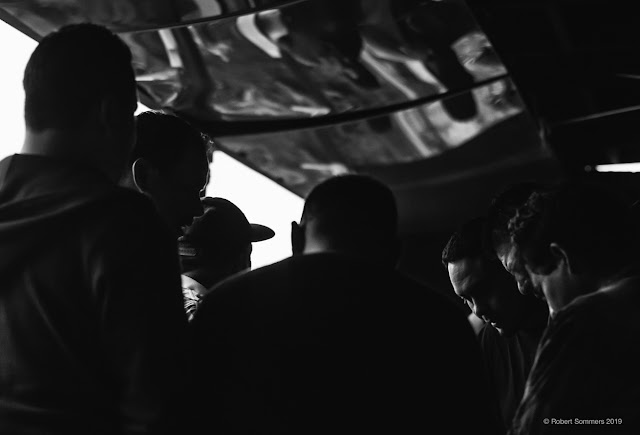 Beautiful post, Robert. Our hate-filled government coming down on a gentle, loving people.....I wish them well along with you.

They sneak into the country and then sue you if their Guvmint checks are late.

Give them something to really fear God.