We don't need your help.

One of the most nauseating things in the recent political cycles is the part where Republicans decide to handicap the Democrats candidates or debates. Like Guy Benson does here. Make some suggestions. Pretend they want to help. Or that we care what they think.

Invariably they pick the candidate least likely to win and heap all kinds of praise on them, it has the intended effect of marginalizing the more popular candidates.

The GOP used this kind of triangulation ploy when they funneled money to Jill Stein and the Green Party in 2016.

I frankly don't care that Donald Trump thinks that "Sleepy Joe" Biden will be his eventual foe or that his son Junior likes Marianne Williamson better than the other folks running for office. They don't need to give Democrats and liberals their personal tout sheets on the field. It's patronizing, gratuitous, utterly self serving and not remotely believable.

If we want your opinion we will ask for it. 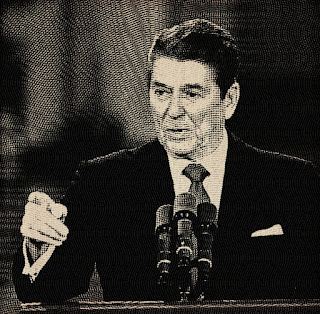 Tinker to Evers to Chance, Nixon to Reagan to Trump...


The Nixon Presidential Library, motivated apparently by the work of its former director, has released a tape of then-California Gov. Ronald Reagan ranting about African delegates, whom he called “monkeys,” in a racist phone call to President Richard Nixon.
“To see those, those monkeys from those African countries—damn them, they’re still uncomfortable wearing shoes!” Reagan said, to laughter from Nixon.

Mona Charen and David French are not running for office. I don't get your point. I think it is entirely within my rights to occasionally agree with a conservative commentator.

“The Nixon campaign in 1968, and the Nixon White House after that, had two enemies: the antiwar left and black people,” said former Nixon domestic policy chief John Erlichmann in a 1994 interview with journalist Dan Baum. “We knew we couldn’t make it illegal to be either against the war or black, but by getting the public to associate the hippies with marijuana and blacks with heroin, and then criminalizing both heavily, we could disrupt those communities. We could arrest their leaders, raid their homes, break up their meetings, and vilify them night after night on the evening news.”

Anonymous troll, this was your last shot. I am not publishing any more of your blather. I wrote several months ago that I would not publish unsigned comments, especially nasty ad hominem crap like this. You are done.