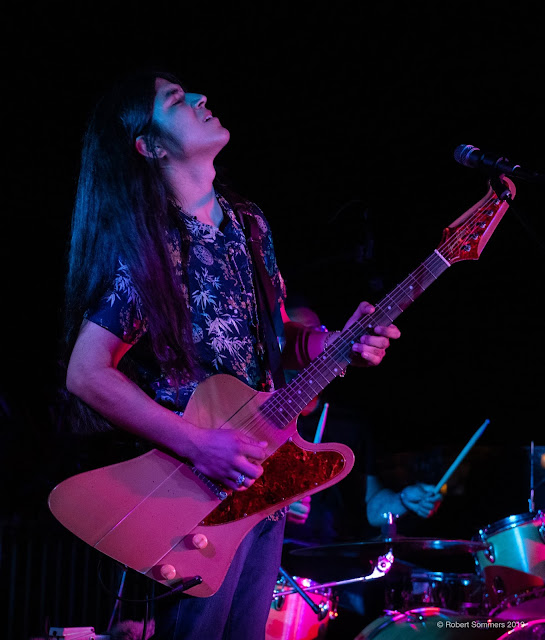 I saw Anthony Cullins aka The Fallbrook Kid at Pala Mesa last night.

Joint was rocking, people were dancing, there were multiple acts, everybody having a good time. 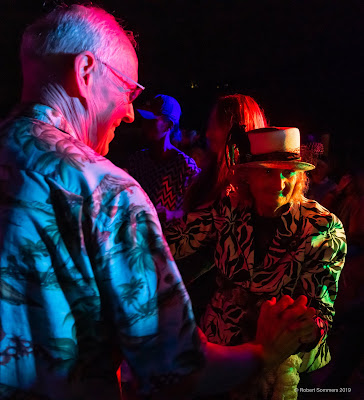 Some people were dancing whose lives had already taken many revolutions around the sun. Good for them. 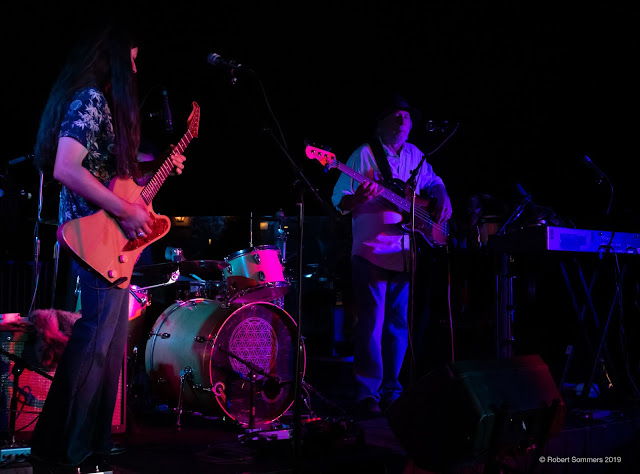 It was the promoter Ken Rexrode's 50th show and I felt like listening to some music. I don't get out much but I had the urge. Surprised the hell out of my wife. 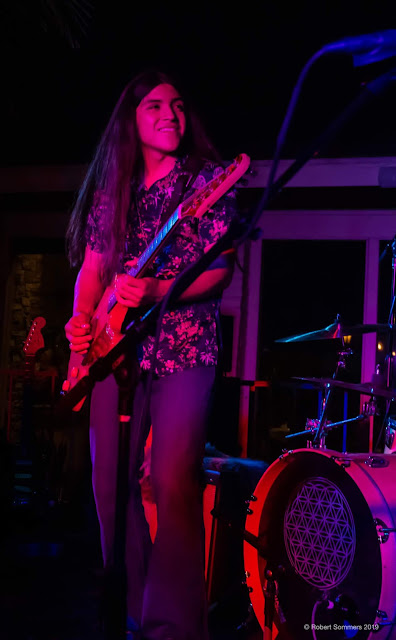 Anthony is a prodigy, plays blues the way they should be played. He won the prestigious Dallas Guitar competition under 20 group last year and his career path is deservedly on a real apogee. Sky's the limit. 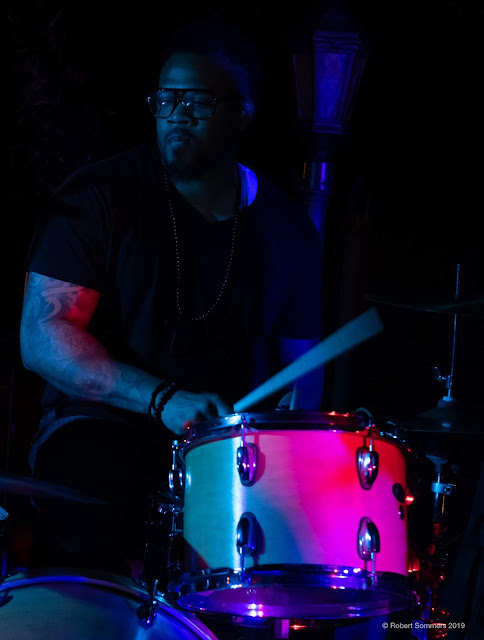 Anthony had an excellent band and a great drummer, didn't catch his name but talked to him for a bit.

He had a studio session in Corona after the set, a real hard worker. Plays in several bands including a funk band and a church band too in San Diego. 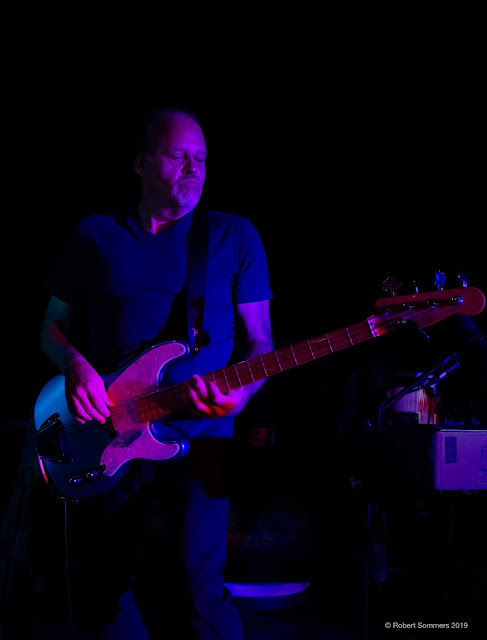 Anthony played a set with Bruce his regular bass player and then my buddy Pat Raymond came out and played with him for a short set.

Pat has been a bit of a mentor to Anthony. 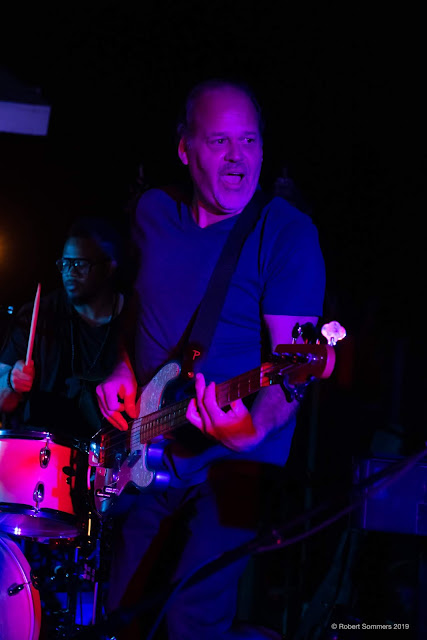 I had never seen Pat play before. He is a very successful businessman but also a very talented musician.

Sort of blew my mind. I had no idea he was that good. Damn.

Lighting was scarce on the patio and obviously I am not a rock and roll photographer but I had a really good time! 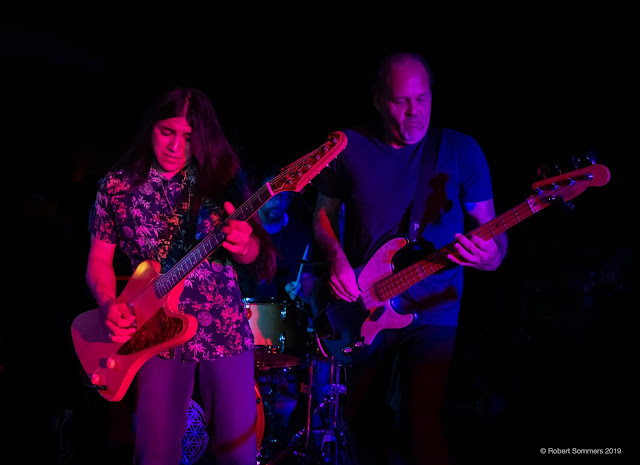 I had not seen Anthony in over a year except for one time he sat in with Daring Greatly. He has improved in his command by leaps and bounds. If I could liken his sound to anybody the name that pops into my mind is Harvey Mandel. And it makes sense because Anthony, like me, loves Canned Heat. 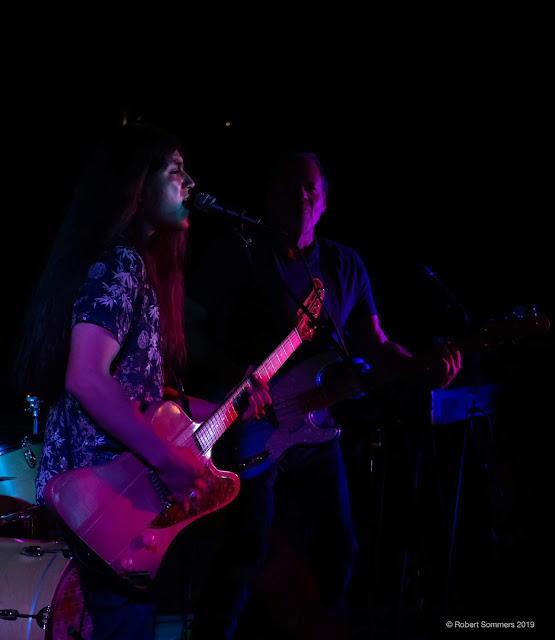 The whole world is going to know about this guy and I think real soon.

I was very impressed with his original composition.

He's helping keep the blues alive. I wish him the very best. 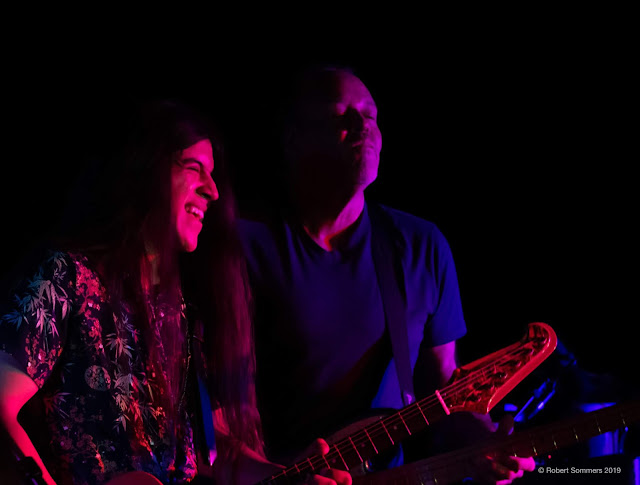 nice coverage. Now you will have to show Pat some respect :-)