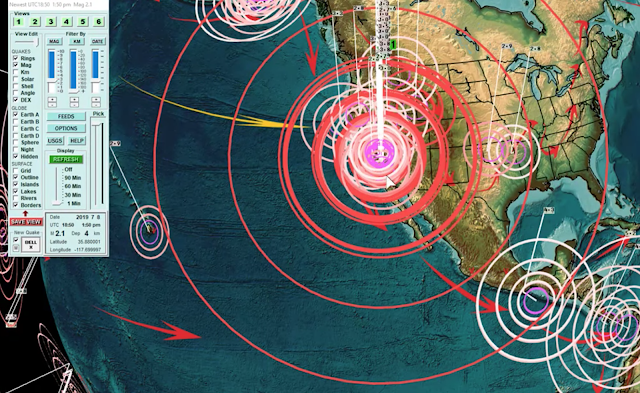 Leslie has a friend in Northern California who claims to be a psychic. Now I have no reason to say she is not, if this is what she says she is. I would always give a person the benefit of the doubt in these matters.

She calls up yesterday and says there is going to be an earthquake down here. Get out of town. Now. I appreciate her caring, I really do.  I believe that there have been something like 4800 quakes in the last week, so it doesn't look like she is going out on much of a limb here. But thanks, honestly.

Maybe she is warning against the big one, which I believe scientists say we have about a one in twenty chance of getting hit with in the next month or so?

I know I'm a little bit of a cynic but I would have been more impressed if she had called before the last two big ones struck. But hey, if she is right, you can all say that she told me so.
Posted by Blue Heron at 2:03 PM