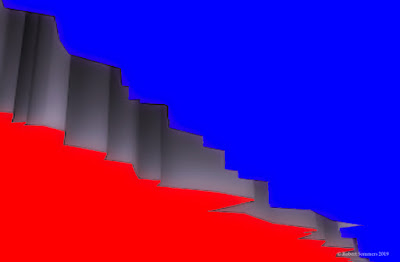 Our national political fracture is deeper than ever. When I examine the roots of the chasm I have the sneaking suspicion that the break could be rooted very deeply into our biological DNA.

At one time I would have taken a more jungian tact as an explanation, and merely ascribed the split to a person choosing between the matriarchal and patriarchal archetype. Usually in early childhood development.

But the chasm may be deeper than that, it may in fact be more systemic and biological in nature than psychological. This article I came upon today doesn't pretend to solve the puzzle but does further illustrate the divide. Conservatives and liberals travel differently.

A consumer analytics company called MRI - Simmons did a study and found out that people who self-identify as politically liberal are more likely to hold a valid passport than those who call themselves conservative by a nine point margin, 57% to 48%. That is a wider gap than one would think would occur and far outside the normal +/- 3% error rate. (Unfortunately the original study is behind a pay wall so you will have to go to NBC like I did.) 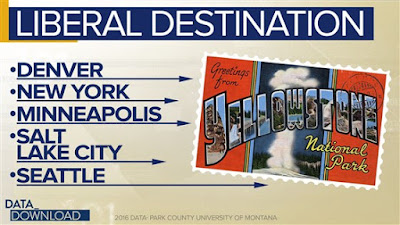 Furthermore, liberals are more likely to visit foreign countries and travel by plane. Which is sort of obvious given that they have more passports but never mind. And we favor and visit different destinations. Where the liberal tribe might like to hang out in Gstaad, NYC or Jackson Hole, they are probably less inclined to go to Dollywood, Branson, MO or Wall Drugs. There is an obvious coastal/heartland split. 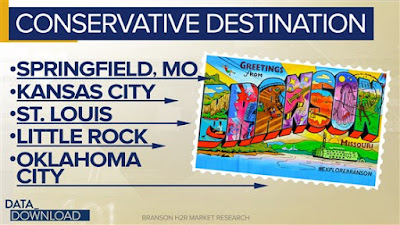 We also tend to vacation differently.


Those of the liberal persuasion are more likely than conservatives to want to go to the beach to relax, by about 8 points. And they are more likely to favor fine dining, by about 9 points. Conservatives, meanwhile, show a somewhat smaller edge in their preference for fishing and playing golf.

Sounds about right. You might get off at hitting the links, gigging catfish or wrestling gators, I would rather visit a museum or take a hike in the mountains. Room for everybody in this great world of ours. Maybe better that we keep out of each other's space.

Your idea of a fine meal might be Waffle House, I might fancy some snooty left bank retreat in the Saint-Germain-des-Prés. Grits to escargots, it is all good. Obviously there is no right answer for everybody. Oddly enough, liberals are more likely to have college degrees and slightly more likely to have household incomes above $100,000. The liberal respondents also tended to skew slightly younger.

I don't have anything really brilliant to add to this conversation but I did have one thought. The xenophobia on the right and the studies that show that conservatives are more bothered by people speaking spanish or a foreign language might be attributable to fewer right wingers ever leaving the country and seeing how the rest of the globe lives. After all the average European is conversant in three or four different languages and that is not necessarily a bad thing. Americans are definitely more provincial in nature.

Let's fight for our right to remain ignorant! 🇺🇸

Viva la difference!
Posted by Blue Heron at 9:55 AM

Love this. It represents everything I love about you. From my perspective, you always hit the nail right on the head... politically speaking.

Thank you so much, Julie!