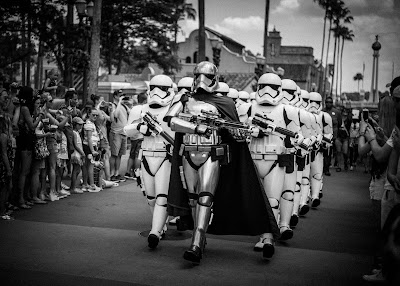 
The president misspoke during a speech at the Pentagon to welcome his new defence secretary, Mark Esper, appearing to get confused over the word “infantry” and coming up with his own term instead.
Referring to Mr Esper’s distinguished record in the US armed forces, Mr Trump said he was awarded “the bronze star and the combat infantroopen badge for his service”.
Slurring his words slightly as he spoke at the welcome ceremony in Arlington, Virginia, the president also referred to lawmakers as “lawmurkers”.

Sort of an Nazi F troop vibe. I kind of dig it, in a covfefe sort of way.
Posted by Blue Heron at 1:03 PM