Einstein in the sack. 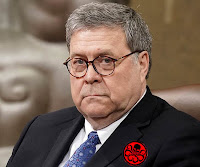 In a precedent-setting immigration court opinion, Barr said that simply being part of a nuclear family targeted for persecution doesn’t qualify as a “particular social group” eligible for asylum in the United States.

“The fact that a criminal group — such as a drug cartel, gang, or guerrilla force — targets a group of people does not, standing alone, transform those people into a particular social group,” the attorney general wrote. 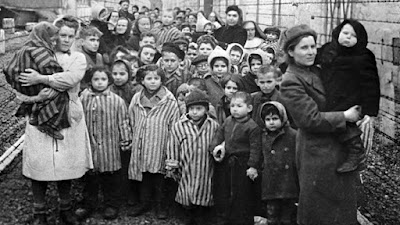 I was thinking about this this morning, wondering what such a policy would mean to relatives of mine fleeing the pogroms and the holocaust when I started thinking about our President and his wife and her family. See Melania Trump's parents become U.S. citizens, using Chain Migration Trump hates in the New York Times.


Melania Trump had sponsored her parents for their green cards, Mr. Wildes said in describing the process by which the Knavses had become United States citizens. “Once they had the green card, they then applied for citizenship when they were eligible,” he said.
Even as his in-laws were going through the process, Mr. Trump was denouncing it. In November, he tweeted, “CHAIN MIGRATION must end now! Some people come in, and they bring their whole family with them, who can be truly evil. NOT ACCEPTABLE!” 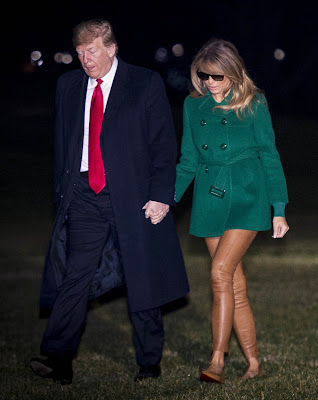 And how did Melania herself become a citizen?


According to news reports, she entered the country in 2001 on a so-called Einstein visa for “individuals of extraordinary ability” as a model. She became a United States citizen in 2006.

Since when did being a pretty model make somebody an individual of extraordinary ability?

As this article points out, brilliant astrophysicists were denied citizenship under the Einstein Rule but if you were lucky enough to be fucking Donald Trump it was apparently a slam dunk.

What a great country!
Posted by Blue Heron at 3:03 PM

Are you saying Trumpster is a hypocrite??? If, so, you are correct! Bigly time!

Hey, modeling is hard work and takes a lot of talent :-)