to every thing there is a season... 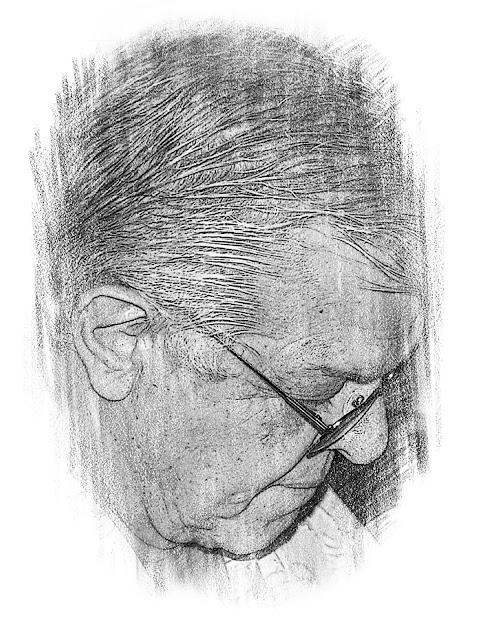 The day started off crappy and it was unfortunately destined to get worse. Normal end of the month tsoris, nothing would click, running on fumes. Can be so frustrating.

I decided to head for the wildlife area up in Perris, my happy place, in hopes of a needed tailwind.

I had invited two friends to go with me, both experienced birders. They both politely declined, Beth was going to Idyllwild and Ken was busy and said to try him in the fall.

They were smart. This is the slow time out there but I figured something would turn up. It always does. After all I was up a month ago and got some fabulous shots. Never get skunked at this place. Until yesterday that is.

Took an hour to get through Temecula Friday afternoon traffic. When I got to the reserve, wandering around in the 105˚ heat, it was dryer than a Sunday revival meeting in Utah. Nothing avian to be seen. 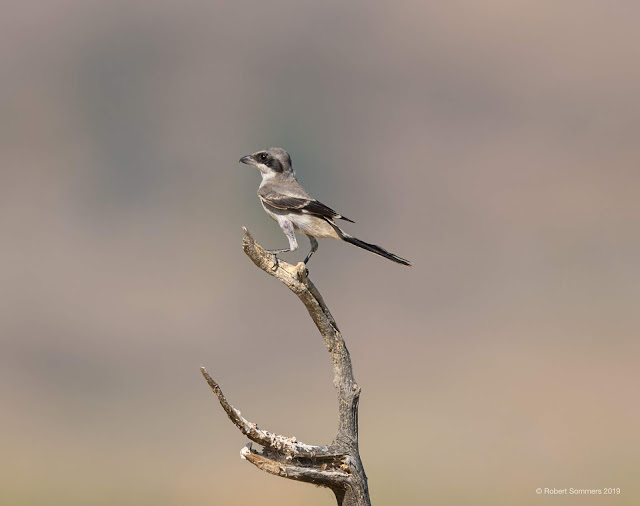 You know, intelligent people figure out that all things have seasons. You don't go looking for polar bears in the Gobi desert, smart people pick their spots. I ain't too smart.

The famous Owsley Stanley once told me that my problem was that I was always trying to play poker at a pinochle game. In any case, there were hardly any birds around. An egret or two, a few kestrels. Not even any ducks in the ponds, the few ponds that were left anyway.

I did get a picture of a shrike, or butcher bird, I think it is one of the oldest specimens I have ever seen. Looked almost emaciated, like it too was running on fumes. He is banded, could it be the same individual I wrote about several years ago? If so, life has not been real kind.

I decided to cut the afternoon short, there was nothing happening and the horizon line looked no more promising. Van needs an alignment so bad I thought the tires were flat. I headed home. And a few minutes into my return I got a call from Jeff - Did I know that Michael Johnson had died of a heart attack that morning? [Ed. note : According to Nick, he actually died of an aortic dissection.] 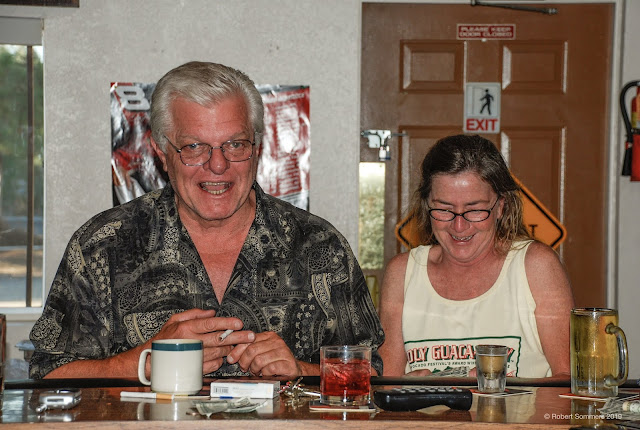 Michael Johnson was a preeminent art dealer, larger than life. A bear of a man with a deep hearty laugh, he treated me like a brother from the first day we met.

An ex cop and detective, he was legendary for both his exploits and the incredible art collections he had put together in his long career. For people like Jane Fonda and Joan Irvine among many others. And my god, did Mike have stories... 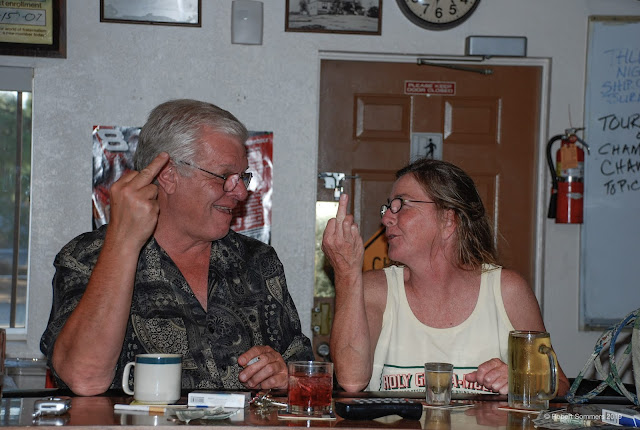 I work in a business where many people will stab you in the back with regularity, Michael always treated me like a prince. Never once in twenty five years did we have a cross word. And he had ample opportunity to be a prick and he refrained. He obeyed the code, even when it cost him money. Was a gentleman when it counted, a man's man.


We did some great business together and occasionally would drink together. He owned every room he walked into, including our favorite haunt, the late, great Moose Lodge. He liked to laugh, he liked to have a good time. Hated phonies. 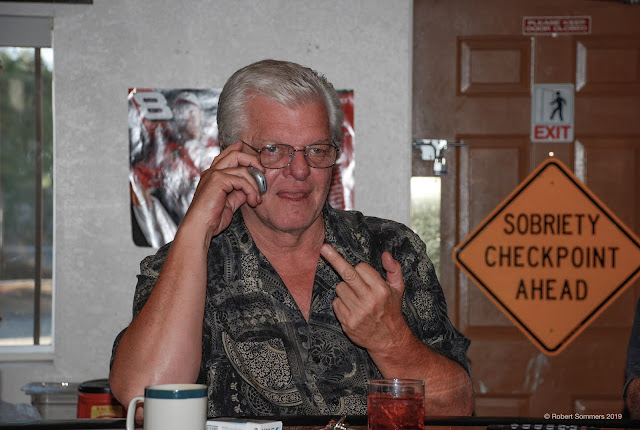 He taught me a couple things early on that have stuck with me for decades. Gave me the two best pieces of advice I have ever received in the art business. Which will go unsaid and unrepeated for now. When I was down or he happened to be down, we would often have a drink and commiserate, when he was up, he never rubbed it in.

Mike, Gary Lang and I worked together on occasion, put on a hell of a show in 2003, Native Palette. He was a pioneer in the California Style movement with a few other people, put the work of Sheets, Kosa, Dike and many others on the map at a time when it had very little traction in the market. 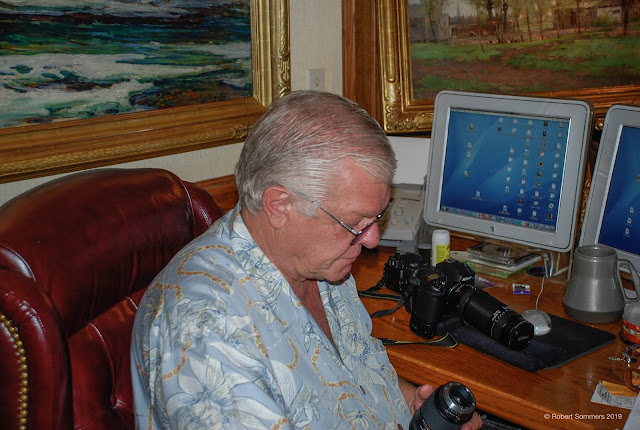 Mike, for all of his brash bravado, had a very soft, kind, gentle side too. He kept it mostly hidden. I think I am one of the few people who ever saw his paintings from college in Santa Barbara. They were, of course, excellent. He had a great eye, which you would think would be a prerequisite in this business but unfortunately is not. Sold figural work when practically no one else was doing so, was happy to go his own way, confident in knowing what was good. Didn't have to run with the crowd. Was a learned man, informed and conversant on any topic you cared to discuss.

He was also an excellent photographer and had dreams at one time of becoming a cinematographer.

This one is going to take a while to process.

Leslie and my love and condolences go out to Mandy, Nick, Greg, Beverly and the rest of the Johnson family as well as to all of his dear friends and associates. He will be greatly missed and never replaced.

He was indeed larger than life and will be greatly missed.

Best wishes to you & yours, and thanks for taking the time to remember our special friend.