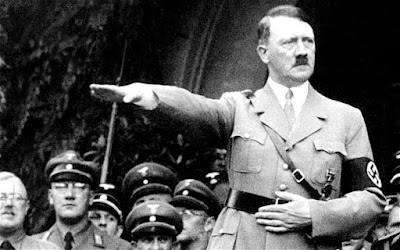 Many historians have looked back at pre war Germany and asked themselves how a man like Hitler ever came to power? These were not an awful people, certainly no worse than any other people.

The Weimar Republic is the name for an unofficial period that lasted from 1918 to 1933. Weimar is the name of the town where Germany's constitutional assembly first took place.

In November of 1918 Kaiser Wilhelm II abdicated the German and Prussian thrones. There was no succession agreement in place and in February of 1919 the new position of President of Germany was created at the Assembly. Paul von Hindenburg was elected President. Germany was resentful at the time of its duties to pay reparations after the Treaty of Versailles and suffering from hyperinflation.

The great worldwide depression made things even worse. Germany fought record unemployment at the time. In 1933, Hindenburg appointed a man named Adolf Hitler as Chancellor. The Nazi Party became part of a coalition government, filling two of the ten cabinet seats. Hitler had publicly advocated for the removal of all of the jews in Germany since at least 1919.

Things changed almost immediately. A fire in the Reichstag gave Hitler all the cover he needed to whip the people into a frenzy and suspend civil rights. The Reichstag Fire Decree and the Enabling Act of 1933 declared a state of emergency, instantly wiping out the constitution and civil liberties. These were the final nails in the coffin of a free Germany. Later at the Nuremberg trials, General Halder testified that Goering told him he himself had started the fire.


Hitler became Fuhrer in 1934. He was allowed to govern without legislative participation. This doomed the Republic, democracy imploded and collapsed and the nascent one party state began the new Nazi regime.

His first six years in power resulted in a rapid economic recovery from the Great Depression, the abrogation of restrictions imposed on Germany after World War I, and the annexation of territories inhabited by millions of ethnic Germans, which gave him wide popular support. Juice the economy and the people will follow. 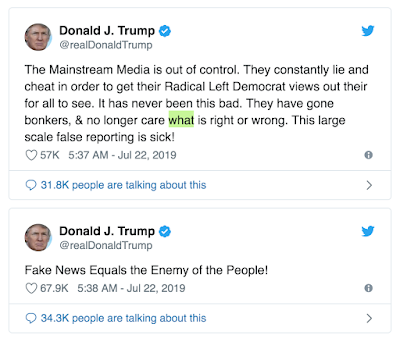 President Trump launched a few more salvos at the press yesterday. He wants to change the libel laws so he can punish his journalistic enemies in court.

He has floated the idea of serving for more than the two terms currently allowed by our constitution.

He has refused to allow many of his aides to respond to congressional queries and legal subpoenas and flouted the checks and balances that have long characterized our democratic process. 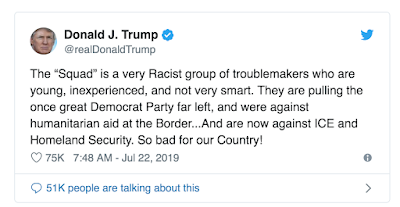 He has engaged in blatant racist demagoguery and vilified hispanic judges and politicians and referred to latinos as criminals and rapists. Ditto Muslims. His opponents are all called stupid, he tends to pick on minorities and females the most.

He has flouted emoluments laws and engaged in self enrichment schemes while on the job and scorned laws like the Hatch Act which limit the ability of government officials to engage in blatant political activity while on the job. 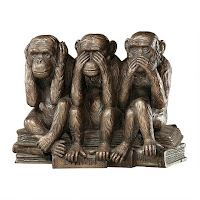 Of course these actions have been enabled by a see no evil, speak no evil, hear no evil GOP and many willing accomplices in the judiciary.

I am definitely not saying Trump is Hitler but you can certainly see his bunker from here, on the eve of the seventy fifth anniversary of the assassination attempt on the Fuhrer by suitcase bomb.

And also can see how easily a people will go along with a Hitler, Duterte, Orban, Stalin or even a Trump if their bellies are full and they can be mobilized against a real or fictitious "enemy."

Seems to be easier than one would think.

Interesting article at the New Yorker, The Weaponization of National Belonging, from Nazi Germany to Trump.  Many are starting to compare and see the similarity in the two leaders. Check out this article at Salon by Lucien K. Truscott IV, This is the week it became accurate to compare Trump to Hitler.

He has a good chance of winning again. 50/50? Perhaps. Is it too outlandish to think that we are on the brink of dictatorship? Will we let it happen? And who shall we blame if it occurs and finally what is to stop it? 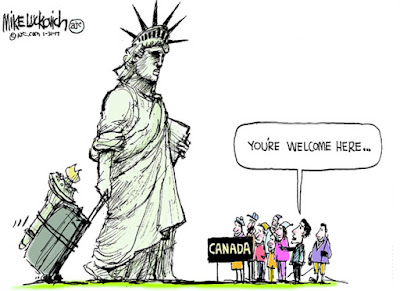 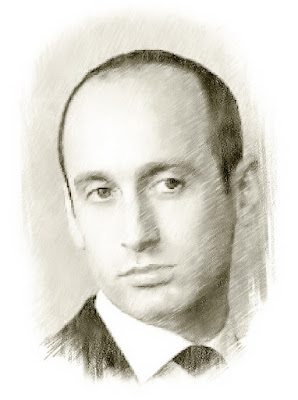 Stephen Miller was on the talk show circuit yesterday trying to run cover for his boss on the recent racism tweets.

A week ago the administration, at his urging, proposed changing the allowable refugee admission numbers next year to zero. He is on record as saying he would be happy if we never let another refugee in.

Interesting article last year by Miller's uncle, Stephen Miller Is an Immigration Hypocrite. I Know Because I’m His Uncle. If my nephew’s ideas on immigration had been in force a century ago, our family would have been wiped out, who explained how his jewish refugee grandparents came in 1903, desperately fleeing pogroms in Belarus.

You wonder about a man like Miller, who would dishonor his family and their history so by becoming such a pig? He is a perfect Goering or Himmler for Trump.