I am moving some things from my personal collection, they do no good after a certain point, too big and pointless to throw in my coffin in any case. I decided to photograph this work the other day, an uncut handbill sheet from the iconic surf movie, Pacific Vibrations. 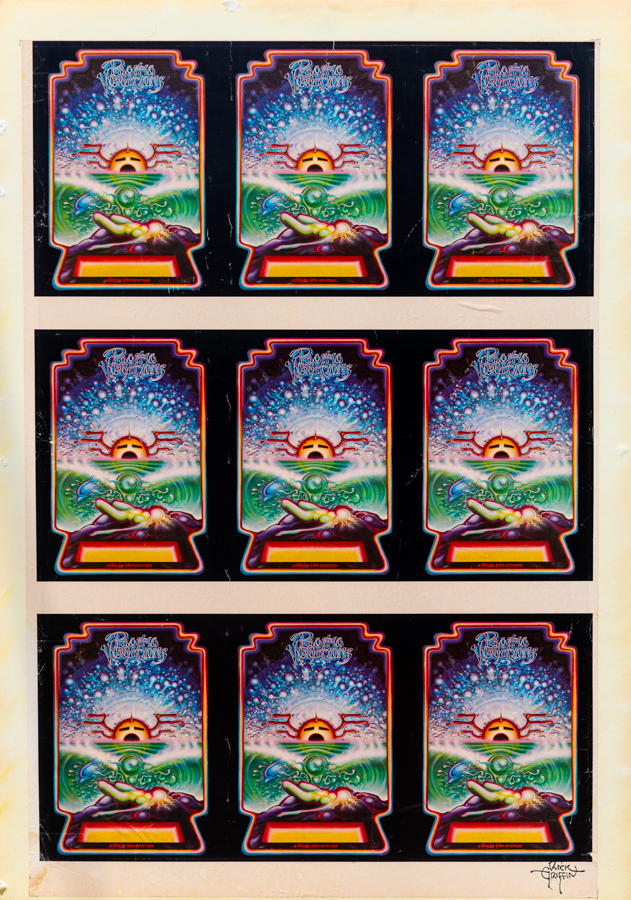 This is a poster by my favorite artist when I was growing up, Rick Griffin. Rick was the king of surf, psychedelic and later christian art. Eventually he became a very dear friend. He left us long ago.

But when I bought this poster from his agent Gordon McClelland about 44 years ago, I was just a kid, right out of high school. Some of the first work I ever bought, at least I knew what I liked. Has hung in a rather dark corner of my hallway for forty four years.

For some reason I had this thing laid down way back when, not sure why at this point, as I said I was very green. But I also obviously had Rick sign it at some point. I thought I had but couldn't remember and be sure until I pulled it off the wall and removed the mat the other day. Bingo.

I wrote Gordon a letter about it, we are still friends to this day four decades and change later. I knew the thing was rare but how rare? He sent me back a note which I will share with you:

Robert, Thanks much for sharing this. I kept one and sold this one to you. They came to me from John Severson in the mid 1970s. John may have kept one but as far as I know that would make only 3 known. Pretty rare indeed and really cool looking. Gordon

Severson is gone now, can't ask him, but this is either one of two or one of three in the universe which makes it pretty rare. I may be putting some of my original Griffin material up for sale very soon. If I do I will include a link on the blog. I am talking to a museum or two but we will have to see if anything pans out. Just a few things left. Life got in the way. 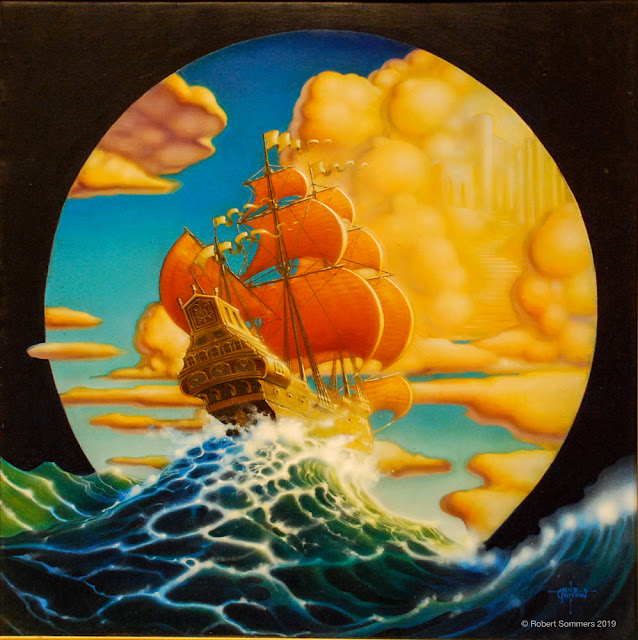 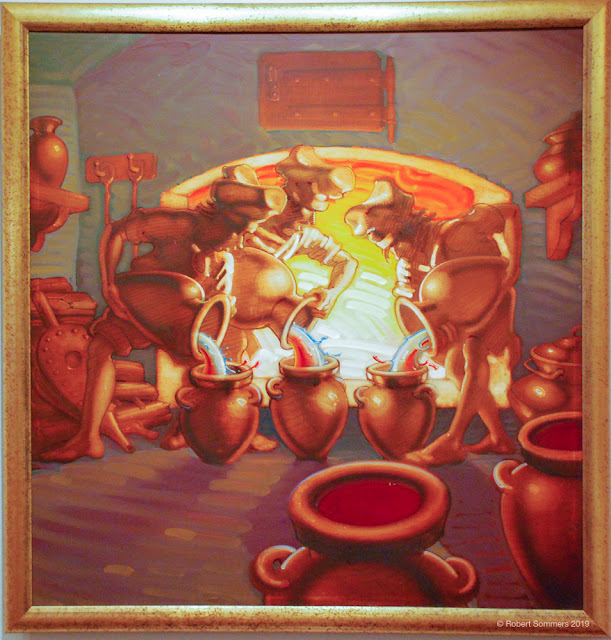 But another part of me thought that the stuff is meant to be shared, not fair to keep the stuff all bottled up for myself in my little cubbyhole, artwork that the world should be able to embrace and enjoy.

Besides what good is it if I get hit by a bus, I eat a bad oyster or a plane falls out of the sky? In one sense we are all just caretakers. And caretakers are sometimes called to let go of the things they cherish. Can not take it with you. 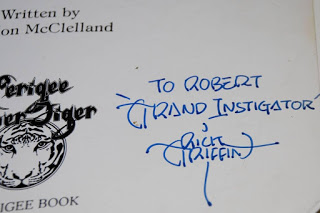 In a hundred years or so the world will maybe have finally figured out what a brilliant and unique painter Rick truly was.

The late Garry Cohen, who was a great friend of mine who Rick and Ida introduced me to, grew up with him since grade school, and once told me that Griffin was in fact a spiritual medium.

These sorts of platitudes are a bit out of my pay grade but I think I know what he meant and agree. Because I spent many hours and nights watching him work in silence. He was tuned into something extraordinary.

I wish I knew what Rick meant by this instigator business? I can't imagine... It has been a privilege, I know that. Rick, Roger Z, Jerry, Allan, Sam, not everybody gets to meet their heroes. I'm a lucky guy.
Posted by Blue Heron at 3:32 PM

Always wondered who did 'Sail On...' (and others of his works). Coloration/density reminds me somewhat of Max Parrishes works.