The EPA announced yesterday that it would not ban the poison chlorpyrifos, Trump administration won't ban pesticide tied to childhood brain damage. 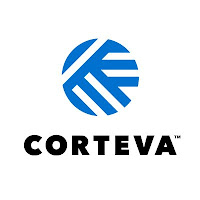 I was bored last night. I read the entire report. It is a document riddled with twisting and wiggling, the administration doing everything possible not to honestly address the existing scientific studies and warnings regarding the pesticide. They kicked the can down the road a little ways.

I have written about chlorpyrifos several times before. Not going to rehash it. Study after study points to it being extremely damaging to childrens' nervous and endocrine systems. But Dow, now named Corteva, is a big contributor, what are you going to do?

I noticed that the announcement was signed by Alexandra Dapolito Dunn, Assistant Administrator, Office of Chemical Safety and Pollution Prevention. I looked her up.

What do you know, the EPA administrator is not a scientist at all but was a lawyer and political scientist who was once counsel for the American Chemistry Council. What a shock! Bought and paid for, as they say...
Posted by Blue Heron at 11:35 AM

Here we go again. Back to previous post and comment, it's the pillaging of the environment that angers me most about the His Orangeness. Just look at that picture of Ms. Dunn. She looks like a reasonable person with a conscience, but this kind of action says otherwise. How can she do something that will certainly hurt the next generation? The mind boggles...