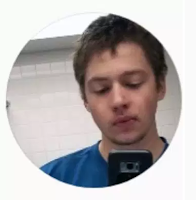 When I heard about the Gilroy mass shooting yesterday I am not going to lie to you, I wanted to know the ethnicity of the shooter. My stomach blanched when I found out that his first name was Santino.

With white supremacy on the rise, an incident involving a black or hispanic shooter can be like a match in a powder keg in this racially charged climate. I hoped not. But it is very rare indeed, the great majority of hate based violence today is promulgated by white people  men. 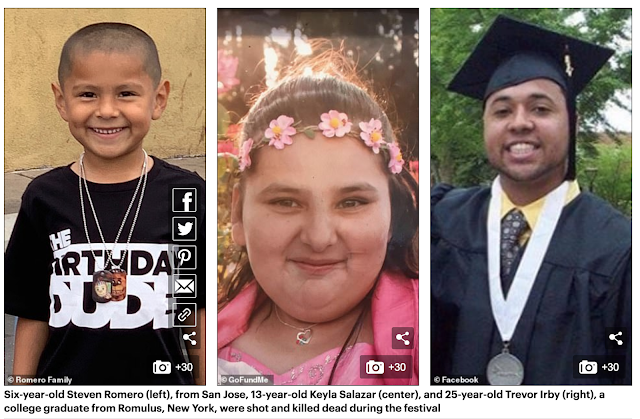 Turns out that the late Santino William Legan was in fact a 19 year old white guy who railed against mestizos and spouted white nationalist invective on his social media accounts. He suggested on instagram that people read Might is Right by Ragnar Redbeard earlier that day, a notorious hate screed. Killed three innocent people who didn't have it coming. People that were apparently not caucasian. He himself identified as an Italian Iranian, if it makes any difference.


On Sunday, police officers shot and killed Santino William Legan at the Gilroy Garlic Festival in Gilroy, California, after he opened fire at the event. Earlier the same day, a post appeared on an Instagram page attributed to him referring to a proto-fascist white supremacist manifesto by a pseudonymous 19th-century author.
NBC News has declined to identify the literature by name in order to limit its spread.
According to extremism researchers, the manifesto is part of a collection of white nationalist literature that’s been pirated and distributed for free on far-right websites. The material is part of a years long recruiting technique by white nationalists to target those vulnerable to their message on forums frequently populated by teenagers.
The book strongly advocates combat, violence and death along racial lines, and is filled with anti-Semitic rhetoric. It is a staple among neo-Nazis and white supremacists on extremist sites such as 4chan’s /pol/ board, National Vanguard, Stormfront and The Daily Stormer. Links to the PDF version of the book have been posted hundreds of times on 4chan in the last several years, including as recently as last month. 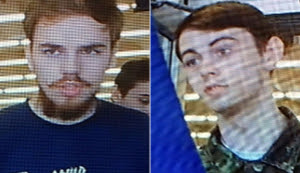 The two young killers in Canada are also white supremacists with excessive fascinations with Hitler, according to one of their parents.

I guess our President would call these three killers the bad nazis, as opposed to the good nazis who marched at Charlottesville. I just wonder about the parents here, who exactly raises little monsters like these?

Makes me appreciate my own parents.
Posted by Blue Heron at 4:37 PM