And I have a bridge to sell you. 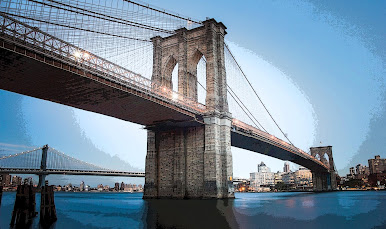 Ted Cruz says, not to worry, the GOP will protect people with pre existing conditions if the ACA is struck down by the new SCOTUS.

This is a bit laughable as the GOP had several years at the start of Trump's term with congressional majorities and couldn't come up with a new healthcare bill with all the internecine squabbling amongst themselves. In house, mind you.

But now with a scant majority, if that, post election, they can cobble together a deal with Dems to protect those people that "whatever" president will sign? Why don't I trust them? Because Congress no longer functions as it used to and these people, on either side, are no longer capable of finding middle ground. The result of in your face power politics and what it engenders.

A recent poll from The New York Times and Siena College found 57% of Americans support the Affordable Care Act while 38% oppose it.

Right. And great timing by the way, to sue to overturn the act during a pandemic. They are going to get drilled on this one and they should. 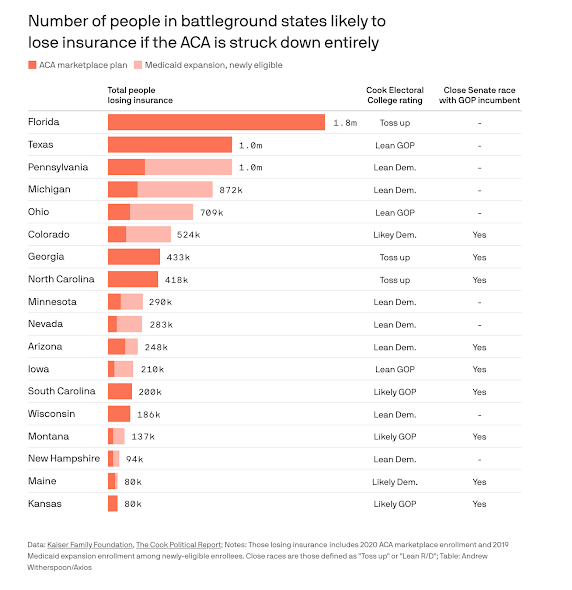 Take a look at this link if you want to find out what happens after the act is struck down and we lose coverage.

Gee Whiz, I remember Obamacare--that's from the era when we believed that there were issues that could be debated and solved. Now all problems are insoluble and all issues must be processed through the lens or apocalyptic certainty. Either Johnny has insurance from an EVIL SOCIALIST CABAL that will result in the certain destruction of all, or Johnny has no insurance and is a rightious defender of GOD who also incidentally is dying from untreated diabetes. No middle ground anymore. For certain there is a left wing version of this that simply swaps the demons around and produces the opposite conclusion. Either way everyone loses and will continue to lose until we remember how to talk to each other.