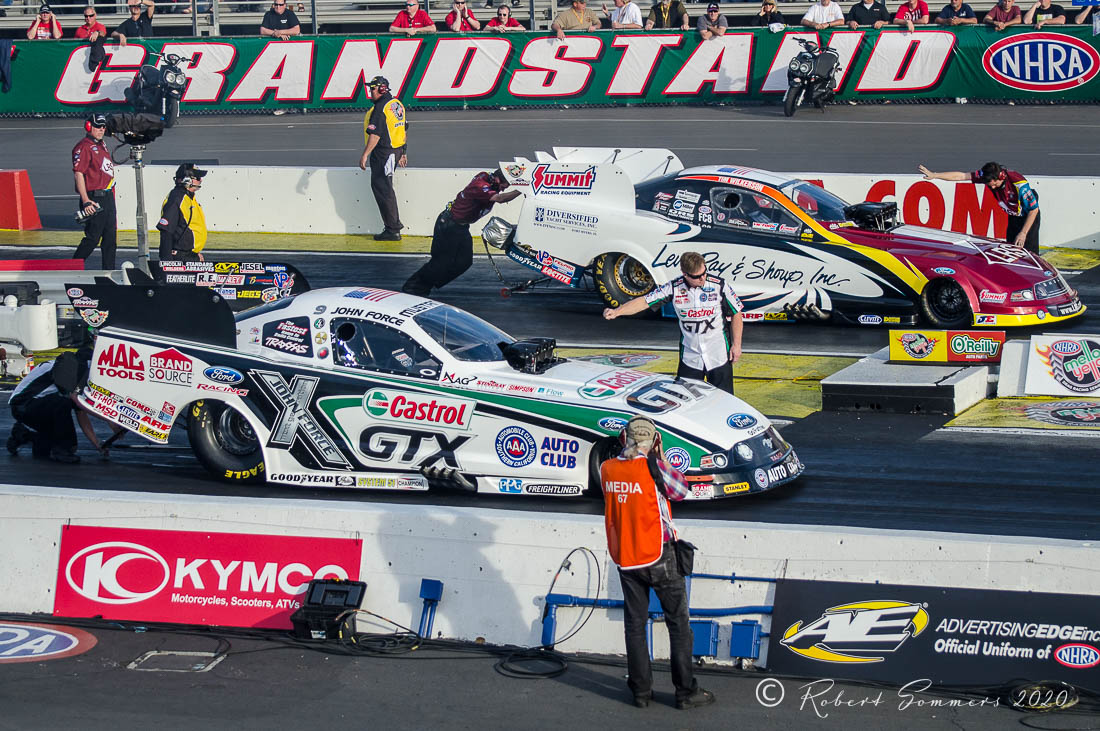 Not that I went a lot but I do miss going to the drags at Pomona. Was a really good time and fun shooting. The first time I ever posted shots of the drag races my friend Brenda wrote me and said that she basically grew up on the track and the shots brought back great sentimental memories of her youth.

Since I have been hanging out with the car guys in the morning I thought I would write her and see if my pals knew her pop. She sent some pictures and a note today.


My dad worked the starting line at OCIR 1969-1974. He and Jerry Stroner were the guys that did all the big events. There were a bunch of guys that took turns on the Wednesday night grudge matches and bracket races. Jerry was the number one starter.  Jerry built a hot rod that was featured in a 1947 Look Magazine article. (Google Stroner/Crawford hot rod).My dad was a printer, offset lithography, and this was his side hustle. It paid for our vacation place at Parker AZ aka “the river.”

Her late father was Rob Wieser, the co-starter at Orange County International Raceway. The raceway was a combined ​1⁄4-mile US dragstrip and 2-mile road course, plus a motocross track. It was located in Irvine, California and operated from 1967 to 1983. It was the most modern of raceways and was known as the "Supertrack." 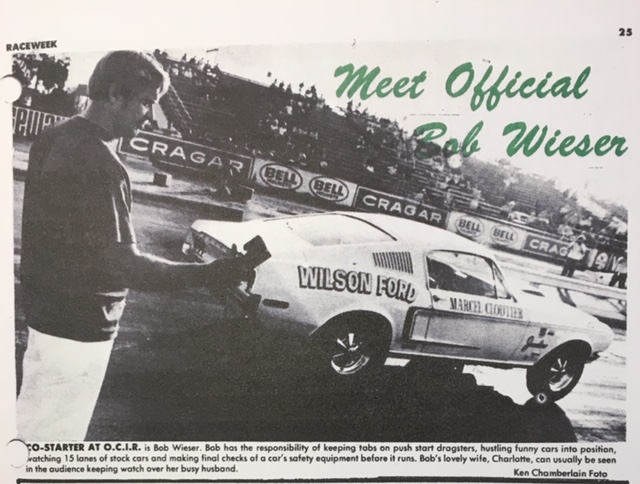 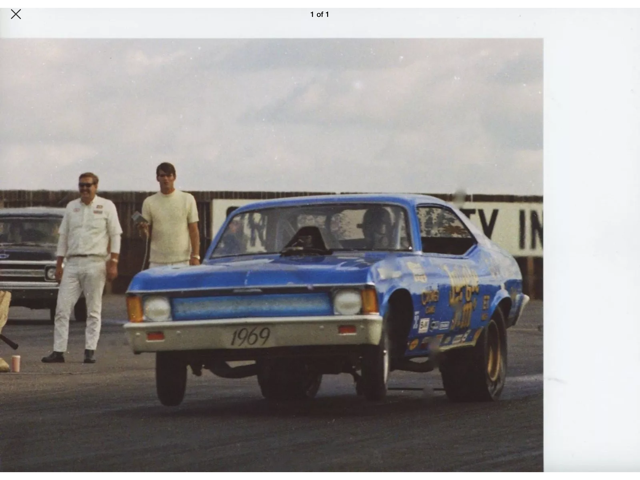 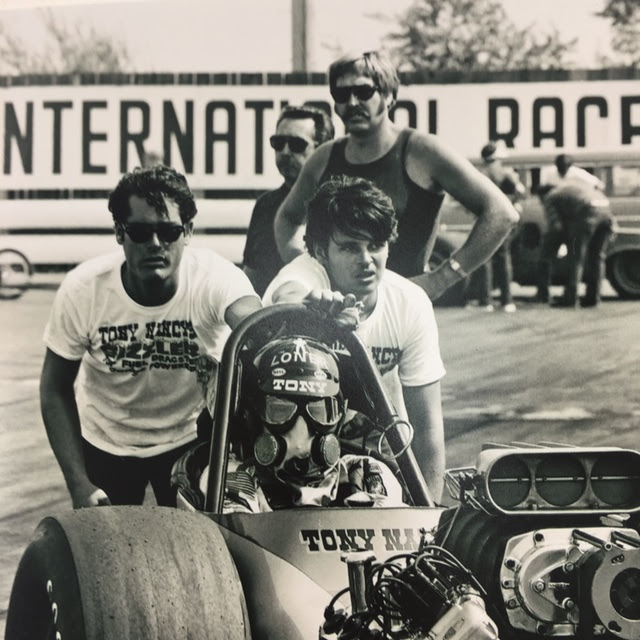 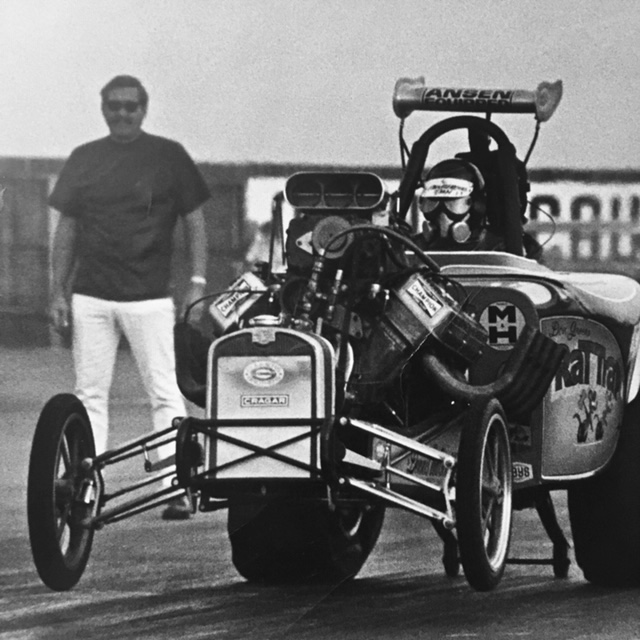 I sent her note to drag racing friend Jay Carpenter and got these two pictures back from my buddy. 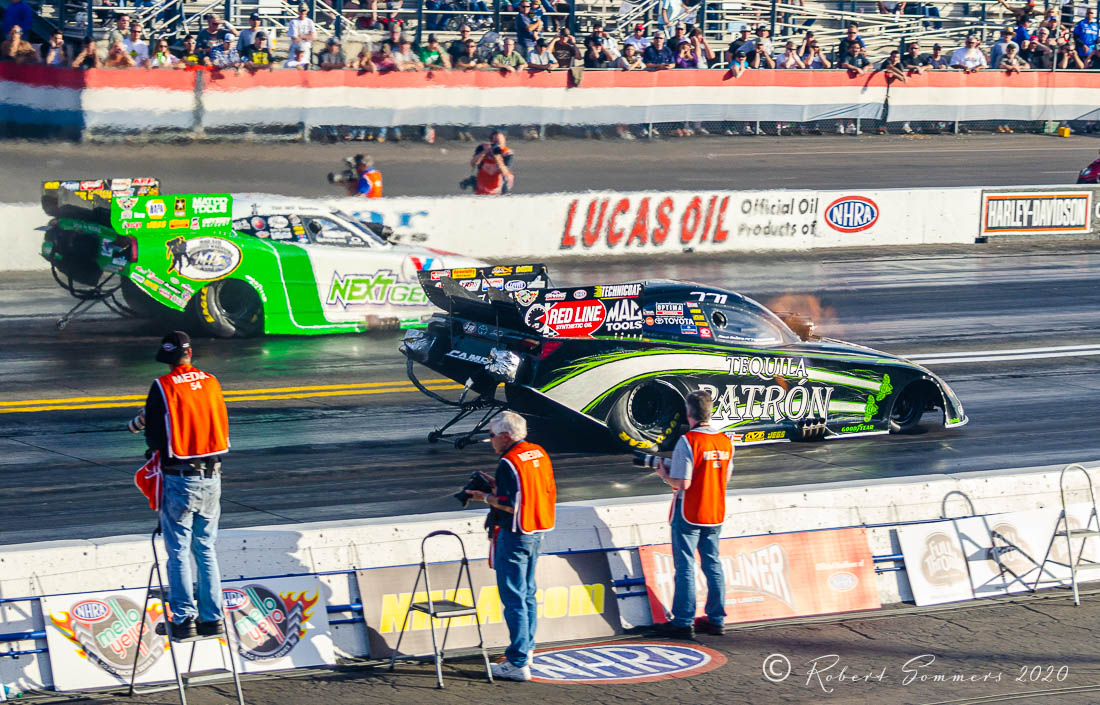