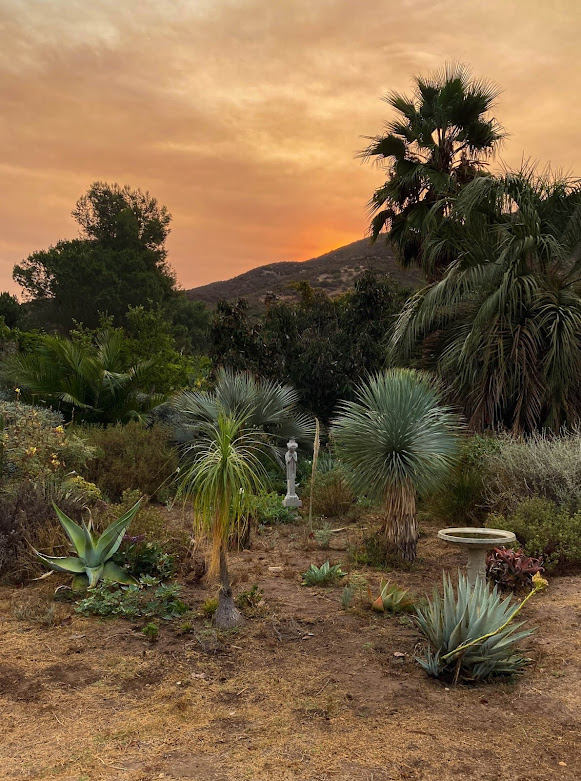 Sun came up blood red again over my palm and succulent garden.

I didn't have my camera so you get what you get from the cheapest iphone, which is still head and shoulders over my old Motorola.

Sunrise and sunset have been downright spectacular lately, I imagine all over California.

It is so sad that stupidity once again raised its head with the gender reveal party starting the recent fire with their pyrotechnics.

But it made me think of the dummies in my own town.

In late July we were about to go to bed one evening when we heard deafening fireworks.

The next morning, we saw roman candle bases still in the center of the dirt road, near the new Wildlands parking lot.

Now our valley hasn't fully burned in about one hundred years or more, the scrub is as dry as hell and only an idiot would think of letting fireworks off in such a place in the heat of summer. One spark and we were goners.

But Leslie showed me where a kid defended the fireworks shooting the next day on the Friends of Fallbrook website on Facebook. He said that you were supposed to be able to shoot fireworks off because it was July. Completely irrespective of the consequences.

That is the level of dumb we are dealing with here, of course it is reflected now on a national scale.

Speaking of dumb, I was remonstrated this morning for another improper word use by Kip. This bugs me as he is always right and I consider myself such a wordsmith. I said that Lou Brock was the penultimate base stealer, which does not mean the best in this case but second best.

I wiggled out by saying that he was the second best, because Ricky Henderson broke his record but the reality is that "irregardless" (like that Kip?) I was not using the word properly and that many others make the identical sin evidently.

I really hate it when Kip is right and it happens all too often. Let's hope that we get spared more fires with the Santa Ana. There has been enough crap this year. 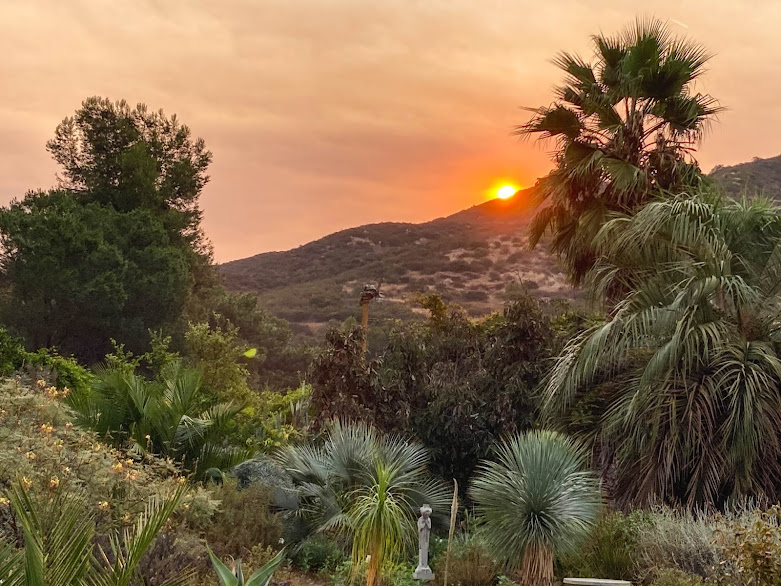 Made sense to me, but I had to google it as I couldn’t remember it was Ricky Henderson.