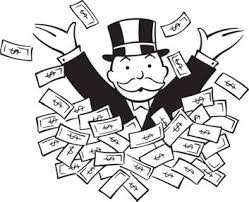 Evergood Beasley was elated. Once rich beyond measure, he had succeeded in his life's dream, the bashful billionaire had finally managed to give it all away. The final bell had struck and he was now officially broke.

He summoned his trusty aide, Whitney and proclaimed that they would walk together to the coffee shop to celebrate his bad fortune. They had to walk, the frugal Beasley never owning a car or even a home for that matter and in the general habit of carrying his earthly possessions in a plastic sack.

He walked to the curb of the flea bitten hotel and surveyed the view down Lombard St. Oh, what a day to be alive!"Free, free, free at last." Money was so corrupting, he was tired of assessing every potential friend and acquaintance for the inevitable signs that they would soon be trying to pick his pockets.

Now there were simply no more pockets to pick. Huzzah and hurrah! What a relief.

He sat down at the tired formica table at the dive coffee shop he liked to frequent and ordered his coffee the way he liked it, bitter and black. He and his aide de camp engaged in the normal small talk and then something unusual happened when the slightly worn server presented him with the bill.

"Whitney, do you think you could get this one?"

"I would love to help boss but honestly I can't. I think we are entering the tough love period. You didn't leave me anything and it looks like I will be packing a bindlestiff soon myself. Perhaps you could wash the dishes?"

"Yes, I have to see a man about a job. The altruism thing was great but I have to cover my nut. Been nice knowing you. Can't work for nothing, you know." 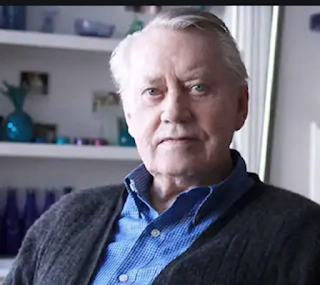 Zero Hour
I read the story of billionaire Chuck Feeney in the Guardian this morning. The man managed to give away all of his cash. Eight billion simoleans.

Chuck Feeney has achieved his lifetime ambition: giving away his $8bn (£6bn) fortune while he is still around to see the impact it has made.

For the past 38 years, Feeney, an Irish American who made billions from a duty-free shopping empire, has been making endowments to charities and universities across the world with the goal of “striving for zero … to give it all away”.

This week Feeney, 89, achieved his goal. The Atlantic Philanthropies, the foundation he set up in secret in 1982 and transferred almost all of his wealth to, has finally run out of money.

As he signed papers to formally dissolve the foundation, Feeney, who is in poor health, said he was very satisfied with “completing this on my watch.” From his small rented apartment in San Francisco, he had a message for other members of the super-rich, who may have pledged to give away part of their fortunes but only after they have died: “To those wondering about Giving While Living: try it, you’ll like it.”

I dropped out of high school at 16 and went hitchhiking around the United States. I have slept under buses and in Goodwill boxes. I have had no money in my pocket, wallet or bank account for food. Now I eventually went back home and back to school but I have lived on the bottom rung without a safety net. Never went into dumpsters to dive myself but was around when plenty of my cohorts did.

I'm frankly worried about Chuck and also intrigued. How is an eighty nine year old guy going to be able to make it in this world now that the final tally has been debited? Or has he been in reality holding something back?

I brought this up at coffee today and Alex, who is a Presbyterian deacon, told me a bible story. Acts 5, the story of Ananias and Sapphira. The couple sold some land and told everybody that they were giving the money away to the apostles. But he held back a little something. And it ended up costing him his life.

5 Now a man named Ananias, together with his wife Sapphira, also sold a piece of property. 2 With his wife’s full knowledge he kept back part of the money for himself, but brought the rest and put it at the apostles’ feet.

3 Then Peter said, “Ananias, how is it that Satan has so filled your heart that you have lied to the Holy Spirit and have kept for yourself some of the money you received for the land? 4 Didn’t it belong to you before it was sold? And after it was sold, wasn’t the money at your disposal? What made you think of doing such a thing? You have not lied just to human beings but to God.”

5 When Ananias heard this, he fell down and died. And great fear seized all who heard what had happened. 6 Then some young men came forward, wrapped up his body, and carried him out and buried him.

7 About three hours later his wife came in, not knowing what had happened. 8 Peter asked her, “Tell me, is this the price you and Ananias got for the land?”

You think Chuck is giving it all away? And what does that actually mean? Does down to the last five million or so really count?