I don't celebrate a lot of holidays, honestly. The occasional birthday, Fourth of July, Thanksgiving, Chaharshanbe Suri certainly, the normal stuff. But one holiday I try never to miss is National Pancake Day. 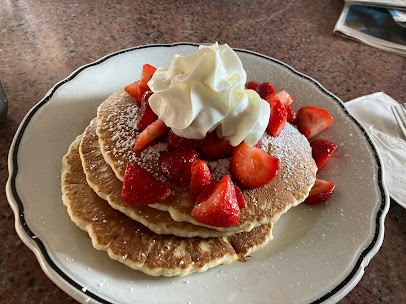 In act I am almost religious in my devotion to this most hallowed day of flapjackery. It is perhaps only eclipsed by my fervor to National Doughnut day, which as you are surely aware, falls on the first friday of June every year.

Honestly I was caught unawares when I read that today, September 26, is National Pancake Day. How can that be? Hasn't it been celebrated since the times of early Christendom in early March as a feast day precursor of Lent?

Pancake Day, or Shrove Tuesday, is the traditional feast day before the start of Lent on Ash Wednesday. Lent – the 40 days leading up to Easter – was traditionally a time of fasting and on Shrove Tuesday, Anglo-Saxon Christians went to confession and were “shriven” (absolved from their sins). A bell would be rung to call people to confession. This came to be called the “Pancake Bell” and is still rung today.

Shrove Tuesday always falls 47 days before Easter Sunday, so the date varies from year to year and falls between February 3 and March 9.

Hmmm. Shrove Tuesday. You know me, I had to do some further digging. Is there really room for two National pancake days? What's the story Aunt Jemima, or whatever we are calling you these days? Is this one of those Jesus was really born in August but the p.r. people decided to make the strategic move to December things?

The truth is sort of bizarre, if you ask me. This pancake day, the one you and I are celebrating today, was only started in 2006, a johnny cake, johnny come lately if you ask me. The holiday was first referred to as Lumberjack Day in 2005, but its creators changed the name to National Pancake Day to honor eating pancakes. And it should not be confused with Blueberry pancake day, which as you all know, falls on January 28th.

And it was actually concocted by IHOP, hot cake sales must have been a little slow that year. Although in my opinion IHOP's fare is as close to a decent pancake as I am to Amerigo Vespucci. And don't tell me you can see a resemblance. But maybe IHOP didn't invent the thing and maybe I didn't discover America, there's this:

National Day Calendar suggests that it got its start in 2005 and was originally called Lumberjack Day. According to the site, "Marianne Ways and Collen AF Venable sought an excuse to eat pancakes and waffles with friends, and as it was one week after 'Talk Like a Pirate Day' and that theme had been worn out, eating lots of pancakes like a lumberjack seemed a better holiday than ever."

I'm not sure what the truth is, I googled these two ladies names and came up with bupkis. Whatever the truth is, I can appreciate the difficulty of scheduling something in so close to Talk like a Pirate day.

Griddle on, Garth. Or should I say, batter up?

Will you be fire jumping next Chaharshanbe Suri ?