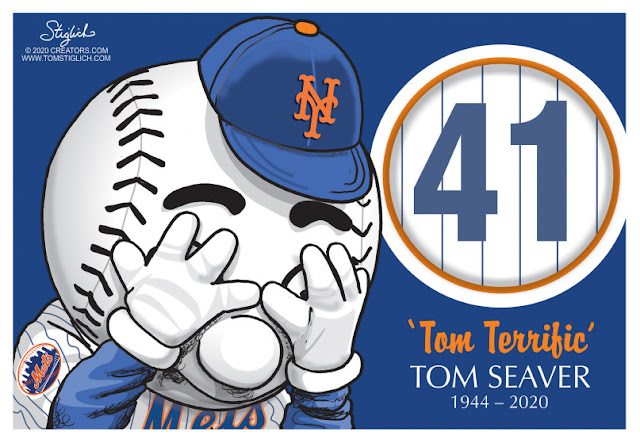 I followed quite a few teams as a kid but truthfully, I don't think I missed a single Mets game in the miracle season of 1969.

Living in Syosset, not too far from Met Ron Swoboda, in junior high, the transistor radio was firmly pressed to my ear, even in class. The teachers understood. I was no different than any other kid in my class.

I never liked the Yankees, always went with the underdogs and there were never any bigger sad sack underdogs than the Mets. 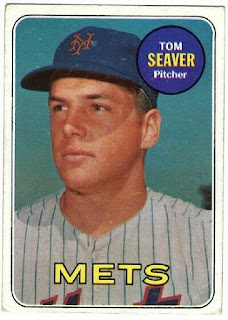 The amazing Metropolitans had a lot of heroes that year, Jones, Agee, Kranepool, Tug McGraw. None were greater than the masterful ace pitcher with the incredibly powerful legs, Tom Seaver.

Tip your cap to a legend and a class act. It is easy to throw around superlatives but he is one of the greatest pitchers of all time in my book. 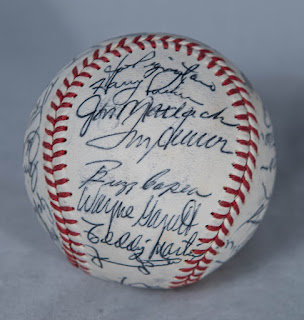 It is funny to write about Seaver passing, the same day I received the greatest baseball or sports memorabilia collection I have ever been involved with.

Which included a Seaver signature on this 1973 Mets team signed ball, which also included Willie Mays.

I personally watched Willie, my all time favorite player as a kid, put one over the fence on opening day at Shea. The say hey kid was in the twilight of his career but it was still a major league thrill for me.

I look forward to sharing more pictures from this incredible collection with you soon.
Posted by Blue Heron at 2:21 PM