Continuing with my virtual postcard theme, Jon Harwood contributes a somewhat other worldly one of his own. 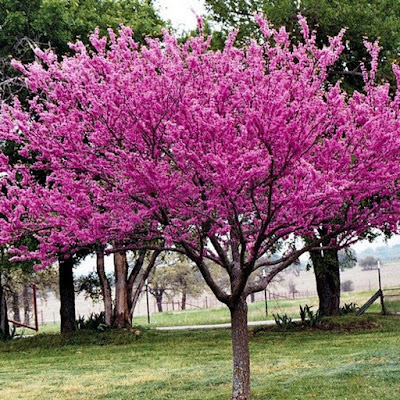 I finally got around to buying a California Redbud tree yesterday, from Briggs in Vista. I have wanted one for a long time. I didn't take a picture of it but here is what it looks like when it is flowering.
The redbud's native haunts are the southern slopes of the Sierras. It likes four separate seasons to do its thing.

Should be perfect down in my river bottom. I get both extreme heat and cold, should take to it like a duck in water. Which it doesn't need much of being a rather drought tolerant tree or shrub.

I took my old van. I bought a fifteen gallon specimen for about eighty bucks, maybe a little less and it was so big that it spanned dashboard to tailgate and barely gave me room to sit.

I planted it at seven o'clock this morning before it got too hot. Unfortunately I hit a leach field and had to bore through river rock to dig a hole.

Oddly, the tree is blooming right now and it is not supposed to be, normally flowering directly from its branch in the Spring. But it is cool because Leslie favors purple over pink and mine is just the right hue. Will try to grab a shot tomorrow. I think I buy an eastern redbud next, probably the purple leafed forest pansy cultivar. 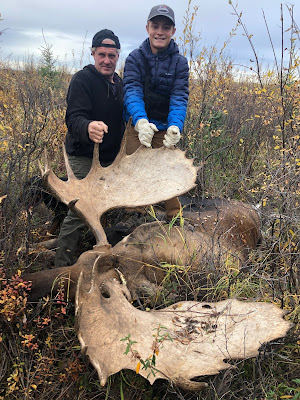 Some people think their meat comes from the store. My friend in Alaska knows exactly where his meat comes from that he feeds his family because he harvests it himself, legally and as humanely as possible. A moose feeds him for a year. 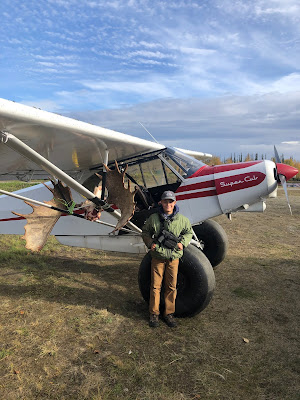 He and his grandson found a legal sized bull the other day, shot it and took to the laborious chore of breaking it down and preserving the meat.

By law the antlers must be preserved. I have way more respect for someone who harvests their own game and provisions then from a person who buys their meat at a store, probably raised at a factory feed lot. Here is the rack tied to his airplane. Jeff sent a picture of last night's delicious dinner, fresh moose and carrots from the new greenhouse he built. Mashed potatoes too from the garden.

I really want to get to Alaska one day. I think an honest, independent life can still be found there. Would probably get a lot of nice pictures too. 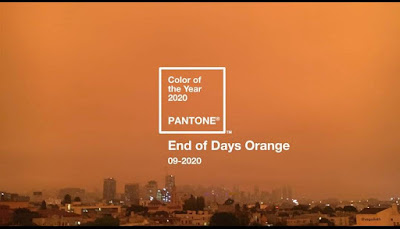 Renee sent over the newest color from the Pantone chart, end of days orange. For those of us in California whose eyes are still watering.
Sandra and Brian sent over a video of a hawk in their birdbath. Somebody else sent me hawk pics too but I can't put my finger on them right now. I had lesser goldfinches in my birdbath today that were positively green.
The camera shop called, they can fix the lens for under $500 which is a godsend for me as a new 24 -70mm nikkor would really set me back. Yeah!
Warren in San Mateo is being visited by a deer,  a doe, a female deer as the song goes and a bit of a wine snob... 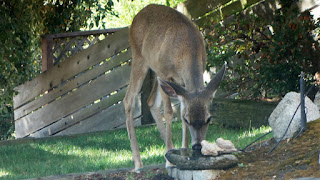 We have a doe who has been eating the garden, grapes, roses, orange tree, azalea’s.  She also comes here for water.  I keep thinking she will move on as there’s nothing left for her to eat.  She keeps finding something else she can stand.  Their taste preference are interesting.   I know she eats the merlot grapes first and the zinfandel last of the grapes.
Posted by Blue Heron at 5:30 PM