Never interrupt your enemy when he is making a mistake. Napoleon Bonaparte 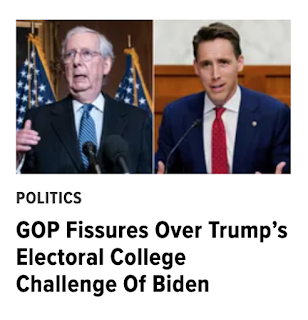 I am watching the current cannibalizing on the Republican side with a curious fascination. Sort of like rubbernecking an accident on the freeway but happier.

Was bound to happen as they now try to pivot from the horse that brung them as he gets puts out to pasture and hopefully his just rewards.

Such a graceful exit on the part of the Donald. 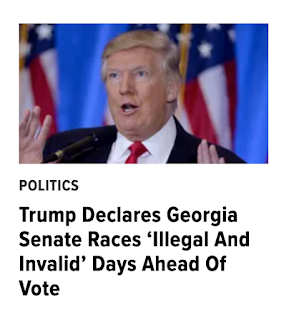 Think there was a whole mess of illegal voting in Georgia? Think again. Very interesting article at Counterpunch. 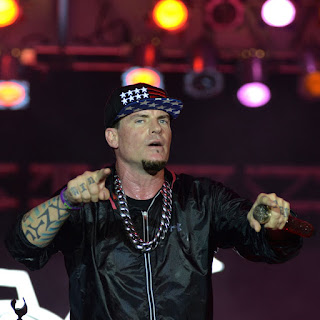 Berlin. Vanilla Ice. Judge Jeanine Pirro. Rudy. Mike Love. The Trump kids. Rather chew my arm off at the stump than be caught dead at the recent maskless Trump Mar-a-lago party. Talk about white trash from Queens. Play that funky music til you die.
*
I don't think that the federal government has to do everything for us but there are times when they are the only people that can truly fix national problems. Like wars. You don't want to send Florida and New Hampshire to fight our nation's battles. Takes a village. Or apparently to administer vaccines anyway.
The Trump administration promised 100 million vaccinations by the end of the year, then downgraded to 20 million, then settled for 2 million.
At this rate it will take ten years to vaccinate everybody. Typically, Trump now says it is the states and Walgreens' problem.
This is bogus. The pharmacies and private doctor's do not have the time, personnel, responsibility or wherewithal to take care of this kind of problem. It should not be every state and every man for himself. This is why we have a federal government. Very lame and I cannot wait until the adults are once again running the show.
Posted by Blue Heron at 8:24 AM

Vanilla Ice = zero originality / imposter. So on-brand for the guests at Mar-A-Loser.

Tables for ten, no social distancing, no masks! Mar a Lago New Years Eve...
May just take out a few die hard Trumpers ;-]