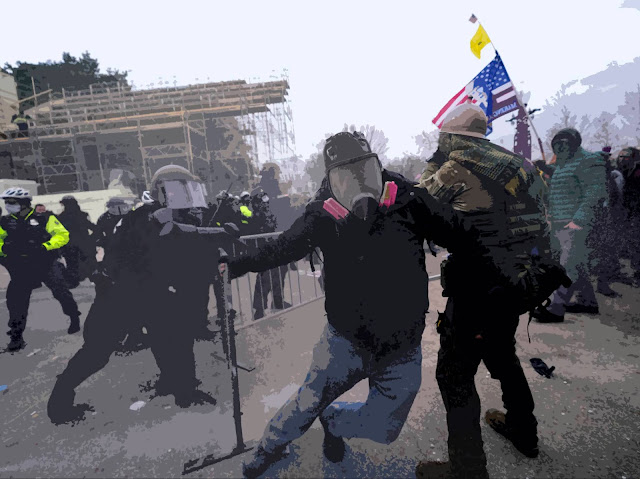 Me neither...
***
Renee asked me to imagine what would happen to these protesters if they were black? Obviously they would be dead right now.

"This election was stolen from you, from me, from the country," Donald Trump said in the earlier remarks.

“We’re going to walk down to the Capitol, and we’re going to cheer on our brave senators and congressmen and women, and we’re probably not going to be cheering so much for some of them,” Trump told the crowd a few minutes after noon.

“I’ll be there with you,” he noted, sending supporters in a frenzy. “We’re never going to take back our country with weakness. You have to show strength and you have to be strong.”

The man who egged them on and encouraged them, Donald Trump, can't go away fast enough for me, preferably in chains. The damage he has caused to our republic is inestimable. He poured the gasoline and lit the match. Presumably these Trump supporters are more like the good nazis at Charlottesville. 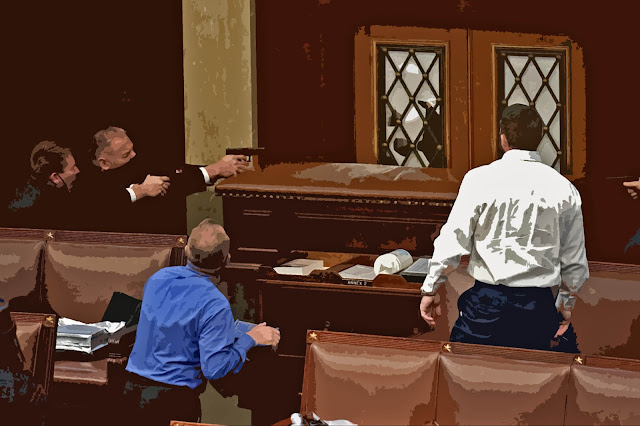 "Today is not the end, it is just the beginning." Donald Trump
“These are the things and events that happen when a sacred landslide election victory is so unceremoniously & viciously stripped away from great patriots who have been badly & unfairly treated for so long.” Donald Trump
Posted by Blue Heron at 1:22 PM

There's a contingent from Fallbrook who traveled to DC to participate in the Trump rally on the 6th. I hope they're safe and unharmed, but I hope they now see the kind of chaotic, malevolent evil that they've supported. Trump wants to be dictator, President for life. How is supporting that patriotic?

Shameful! Disgusting! Unimaginable, except from Donald (Adolph) Trump...
They should put him in a medically induced coma for the next 13 days and then wheel him out on a stretcher on Jan 20...unable to cause anymore damage to this country.

Did you see the anti-Semitic signs. Camp Auschwitz was the mildest

Giuliani says the antifas are to blame.