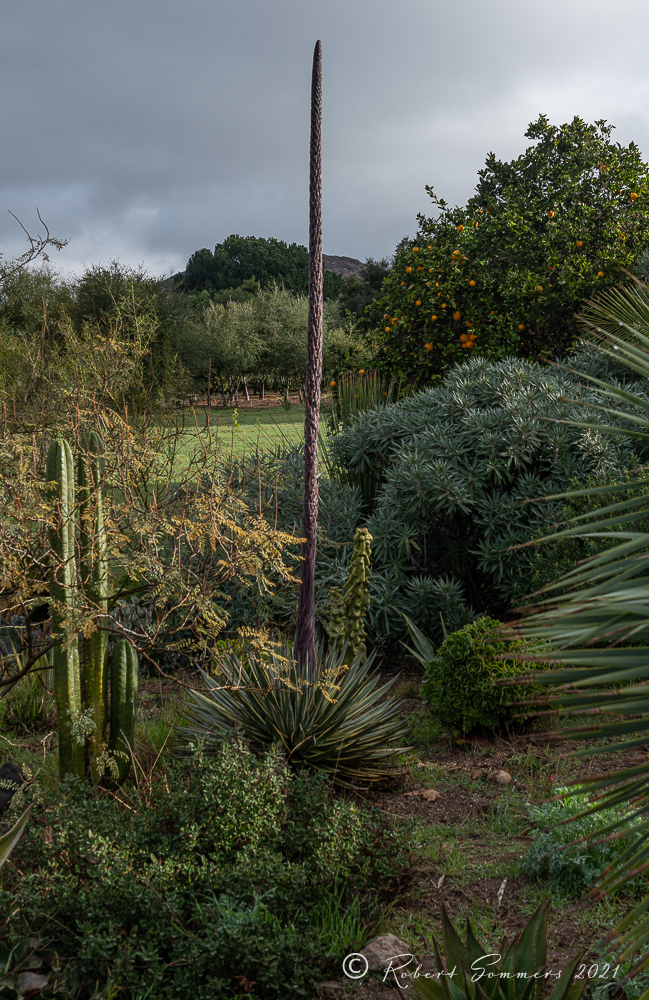 I am not really sure what kind of agave this is. If I remember correctly I bought it from Waterwise Botanicals.

The beautiful maroon spike is now about ten feet tall.

I know that it is not agave americana attenuata because I have a bunch of those. not desmetiana or lophantha either. Grows more like blue glow than anything else but doesn't pup like blue glow.

My best guess is that it is an agave angustifolia variegata hybrid, a Caribbean agave or a variegated tequiliana. So the sixty four thousand dollar question is will the plant survive a spike or not.

It wasn't supposed to flower for another five years but guess what? Stuff happens...

I asked an agave expert I know at Serra Gardens and he told me that I should cut the spike in half after flowering.

Don said that I might get puplets (or whatever they are really called) on the remaining spike. He showed me some similar plants with their progeny. Will give it a shot.

He has a beautiful and wondrous purple plant in his garden that he won't sell me. I need to take a picture. 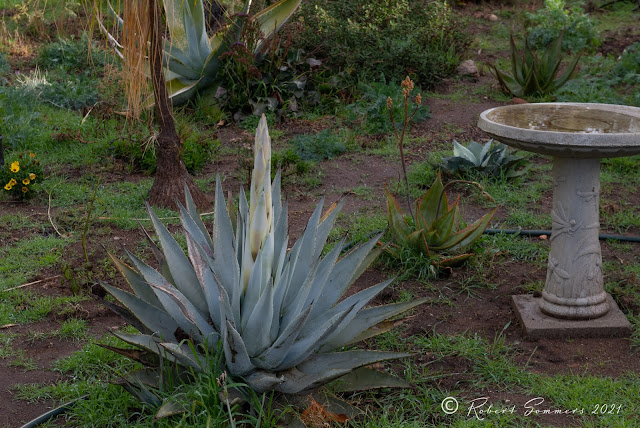 I have an agave tequiliana that is not variegated throwing a big fat spike right now too but it has offshoots galore. I am also planting a lot of new stuff in my lower succulent garden lately. It is really coming into shape. Dwarf bottlebrush is not liking the cold but the mule palm and the brahea clara look pretty happy. Planted a sabal too as well as a California red bud tree. Looking forward to the transformation.

I will post pictures when this spike opens up and flowers. I met some aloe sellers from Arizona this week. I told them about how cold it gets at my place (11°) and they could not believe that things survive there. Things live that are not supposed to. But they do. My mortality rate is high but that which does not kill us only makes us stronger.