As a serial selective rule breaker myself, I must admit that I really admire the new congresswoman from Colorado, Lauren Boebert. The rules apply to everybody else but her. 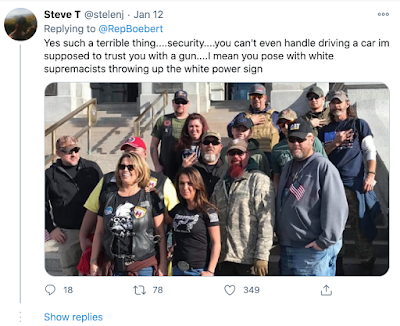 The laws in the Capitol are fairly clear, they allow guns in individual offices but not in the legislative chamber.

Yet the congresswoman and her cronies refuse to go through metal detectors or open their purses, claims it infringes on their second amendment rights. What a fine example to set for our children!

Some of the story I am not clear on. The Capitol Police chief does not recognize CCW's from other states, Boebert says he gave her one. Not sure which, but they can't both be right.

And this business of the speaker telling all members to forgo social media and not disclose anybodies location, that couldn't apply to her, could it? So she ratted out Pelosi. Good for her. 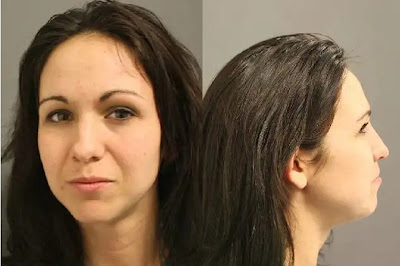 You have to hand it to the glock toting gal from Rifle, Colorado, she looks like she represents her constituency to a T.

And for a high school dropout with a fairly long rap sheet, she has really come up in the world. See GOP Rep. Lauren Boebert and husband racked up arrests in home district.

He is a real beauty too, showing his junk to two girls at a bowling alley. Siccing her pitbull on a neighbor was a nice touch too.

Like many of the current MAGA crowd, Boebert appears to have been radicalized by her Q anon mom. The local paper is on her ass for something that almost looks trivial but is also apparently unlawful. Public officials can not legally censor social media feeds. Oops.

We'll just disregard that one too. The big bad liberal media doesn't play fair and if we pout and scream loud enough we can do anything we want, can't we?